The last few weeks I have been building up the java programs that form the “back office” part of my system.  This is composed of

Things worked OK, but I had several problems that I wanted to fix

The bottom line is this week will be spent fixing the design flaws and cleaning up the code.

The first thing that I did was create a new Java program called “CreekServer” which hooks all of the programs together and provides a unified command line interface.  This program looks at the first command line argument and decides to either: 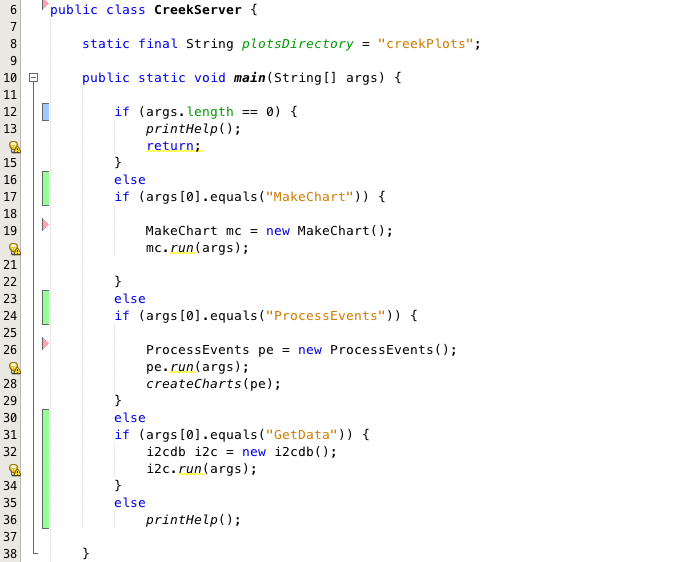 The next block of code is a kludgey work around for my design flaw.  Specifically, after you have create a table full of the flood events you would like to create charts for each event.  However, I didn’t want to duplicate the chart object into the ProcessEvents class, so I decided to hack it into the system by adding a public interface to the ProcessEvents object. 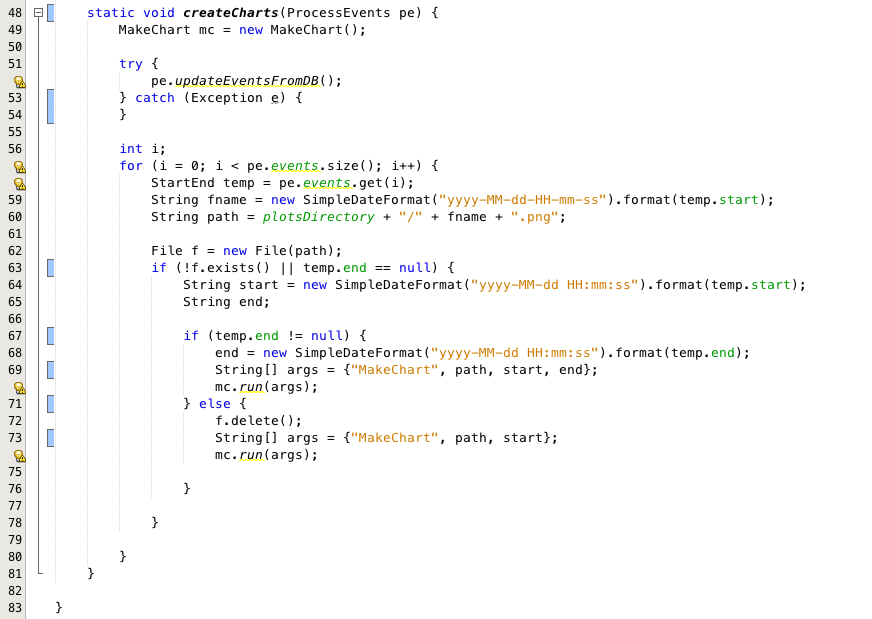 After I got done with the main program, I went back and fixed the ProcessEvents program to read its properties from the “config.properties” file.

Finally, I fixed the properties problem in the MakeChart program:

All of this code is available on the iotexpert github.

In the next post I am finally going to move into the JSP and Servlet code that builds the main site. 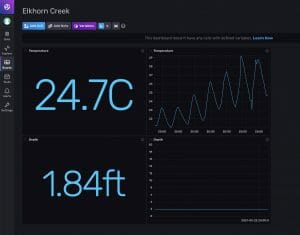 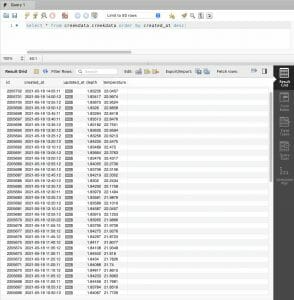