In the previous post I described the “thing” side of an Axeda IOT implementation.  That “thing” was a simple potentiometer, read by an ADC in an NXP1124 ARM MBED development kit.  The value was then encoded into a JSON message and posted to the Axeda cloud over an ethernet/IP connection.

In this post I will describe the Internet (Cloud) side of their system.  Start by opening http://toolbox.axeda.com and clicking on the little wireless router icon next to the “Your Devices” 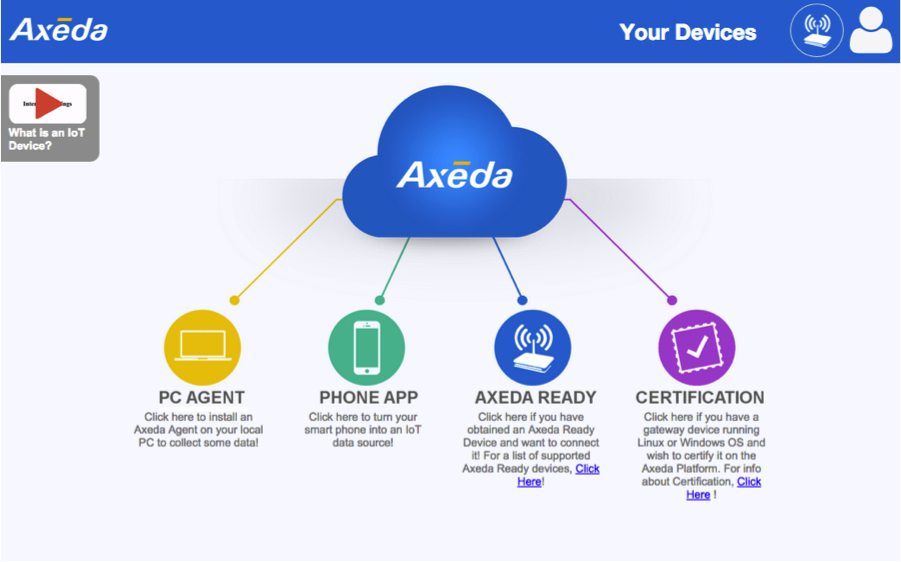 You will then have a screen that has the following panels

1. Data Items.  A list of the variables that have been added to your Axeda instance. With links to add, edit and view the data.

2. AMMP Info.  A panel where you can send JSON formatted messages to the server to simulate client behavior.

3. MBED Widget. A graphical representation of one of the data items in a cutesy picture format. 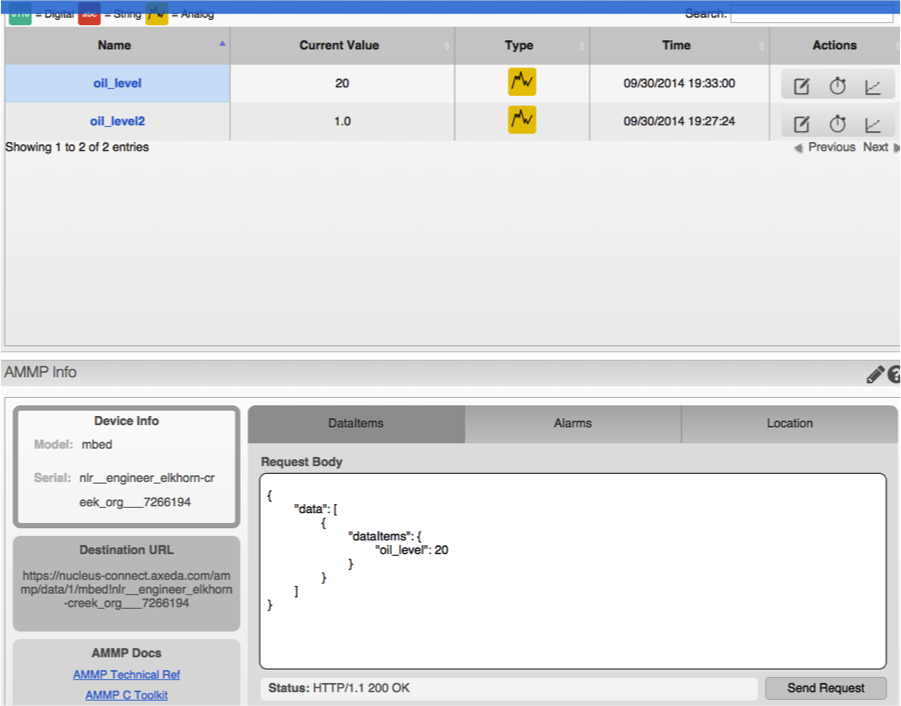 On the data item panel you can

1. See the current value of your data

2. Manual edit the data (by clicking on the pen/pad icon)

3. View a table of the data (by clicking on the alarm clock icon)

4. View a graph of the data (by clicking on the graph icon)

In my next post I will summarize my experience using Axeda and outline some next possible steps.

Axeda is one of several (at least a half dozen) companies that sprung up to service the “Cloud” side of the IOT boom.  They were successful enough to have been purchased in August by a company called “PTC” (for some reason it isn’t easy from their website to figure out what the letters P.T.C stand for), presumably for a big pile of money.  Axeda is focused on the Cloud part of the business, including tools to store, analyze and control IOT machine data.

Axeda offers several embedded development kits including ones for ARM MBED, TI, Freescale, Inventek and Raspberry Pi.  The kits aren’t so much hardware as they are a set of libraries to allow you to use those platforms to interface with the Axeda Developers Cloud.  In order for any of these kits to work you need to have:

In this article, we will be focusing on the ARM MBED kit.

The architecture of the Axeda + MBED solution is as follows: 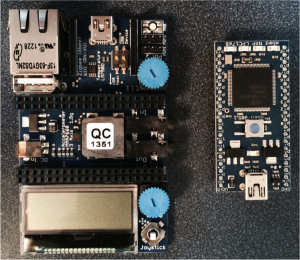 In order to transfer data from the development kit to the Axeda cloud, you need to format your data in a JSON message and transmit it using HTTP to the Axeda server.  This seems complicated, but it is really pretty simple.  JSON stands for JavaScript Object Notation and is just a text based, human-readable format that is an alternative to XML.

To transmit this to the Axeda cloud, you just embed the JSON into an HTTP POST to the correct web page (which has your Axeda Serial number. Here is the snipped of code from MBED that formats my example message.  Notice that there are two data variables, one called oil_level and one called oil_level2:

Here is the whole program:

The first section initializes the two ports for the potentiometers, sets up the LED output and makes a few buffers.  The blued out section of code is my serial number. 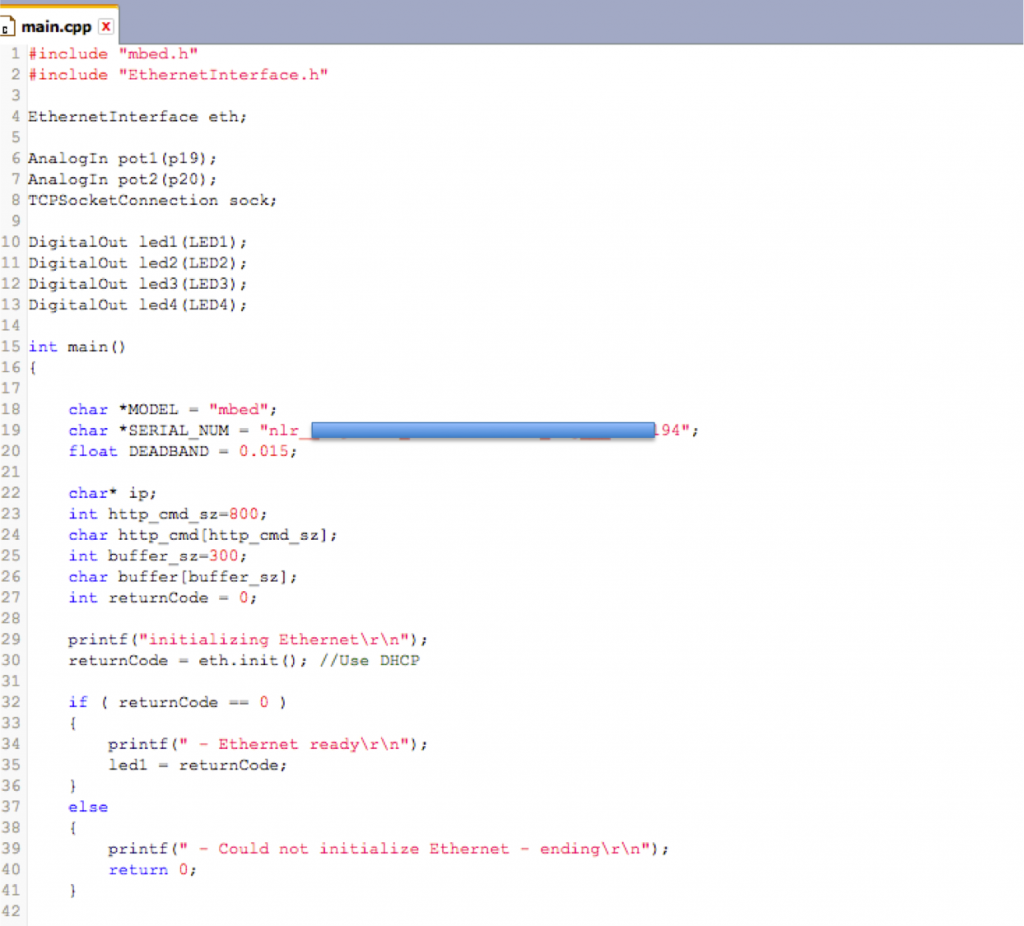 The next section of code starts the ethernet interface and gets an IP address.  Notice that these are library routines that are provided by the ARM MBED compiler.

Then the last section of code reads the potentiometers, and then if they have changed enough, transmit the values to the Axeda cloud over a TCP/IP socket.

In part 2, I will show how to look at your data in the Axeda cloud.