In the last post I went through all of the setup work for the I2CDB program.  Now I will give you the main course.  My program is divided into five functions

I am sure that more could be done to handle exceptions, mostly do a few retrys, but I decided to just print out the error message.

This function is called when the i2cdb program is run by the “runi2c” shell script.  It simply

This function reads the “config.properties” file into the global class “prop”.  The Properties class handles key/value pairs and knows how to read a file of “key=value” lines.  You can make whatever keys you want, and they have whatever value you want.  Later in the program I use the Integer(String) constructor to convert the String “123” into the Integer 123.

This function handles the interface to MySql:

The Broadcom 2835 ARM controller is the main chip that runs the Raspberry Pi.  It is essentially a cell phone MCU.  As with most MCUs it has fixed function serial communication blocks embedded into the chip.  In this case the RPi device driver enumerates the I2C blocks as “0” and “1”.  I have no idea what block 0 is attached to.  Block 1 is attached to the GPIO pins on the RPi.  The geti2C function makes a connection to the two controllers.  If you are unable to attach to either of the controllers then I throw an exception.  Hopefully this will future proof this code for updated version of the RPi.

Finally the function that does all of the work.  Big picture, this function: 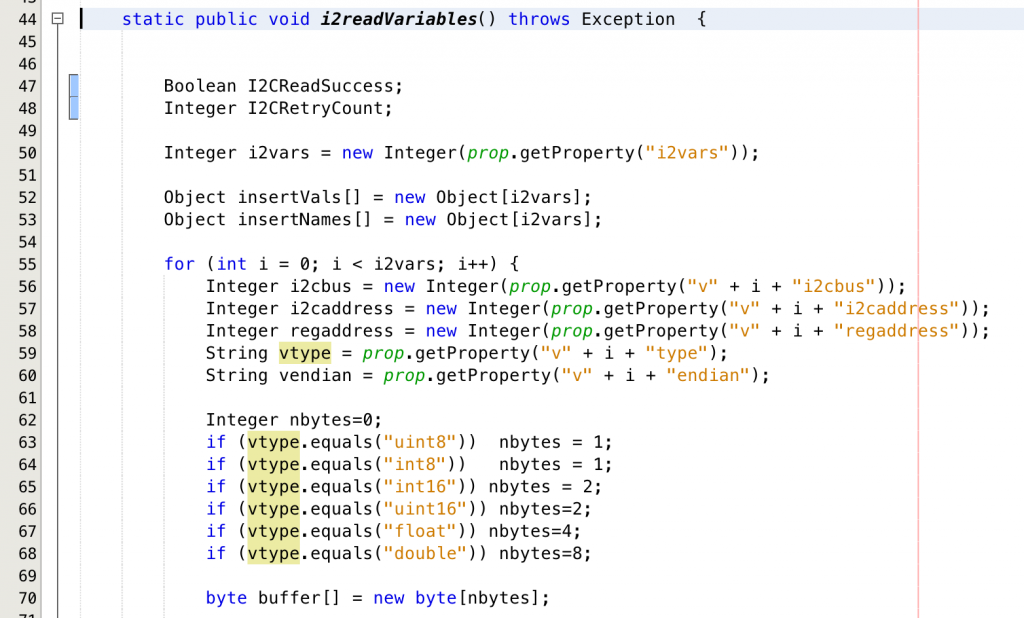 The next block of code reads the I2C Slave. 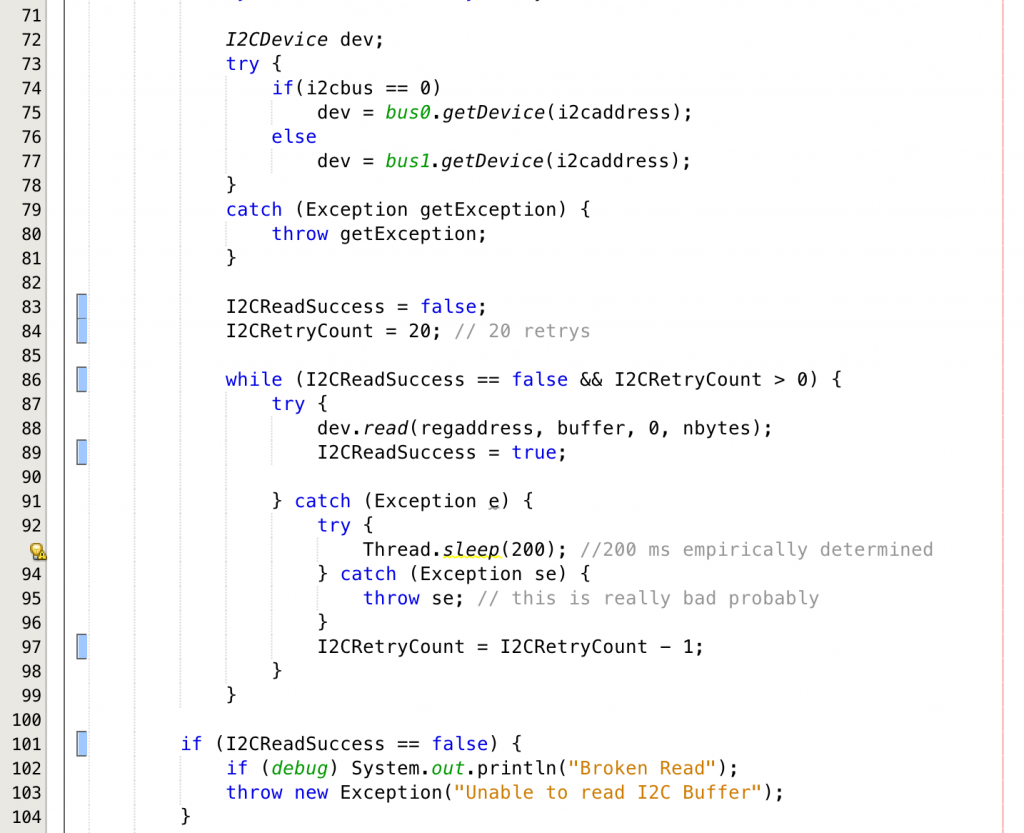 The next block of code uses a cool class called “ByteBuffer” to help convert the individual bytes read from the I2C Slave into Java variables of the right type.

I like this program because I can create a new template file without having to change the program.  Basically I created a generic interface that can bridge from an I2CSlave that collects data and then write that data into the database.

In the next posts Ill show you the user interface web pages.