In the last several posts I talked in detail about reducing the number of pins required to drive a bunch of LEDs by putting them into a matrix.  In this post I am going to talk about doing exactly the same thing for switches.  For the pinball machine I would like to have at least 9 switches, so I will arrange them into a 3×3 matrix which will require only 6 pins.

With a few minor differences, the system works the same as the LED matrix.  First you enable the pull-up resistors on the SWRow pins.  This forces a weak 5v onto the row pins.  Then you enable one column at a time by writing a “0” which forces 0v onto that column pin.  You also write a 1 onto the other column pins which forces 5V onto those pins.  You can see in the picture below that if you press the switch labeled S0,0 you will end up with 0V on the top input to the SWRow pin which will be read as 0.  With nothing else pressed you will end up with 1s being read on the other two row pins (because of the pullup resistors). 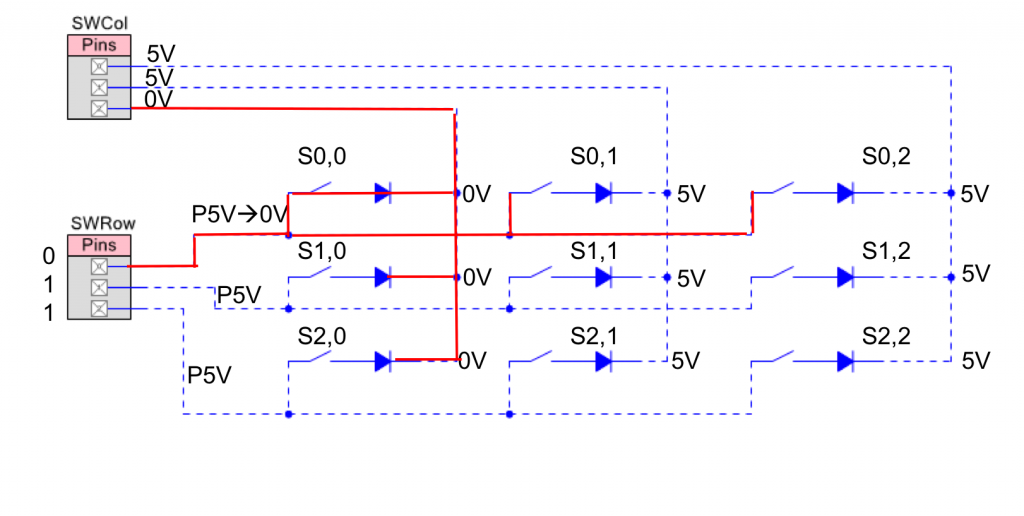 So what are the diodes for?  If you don’t have the diodes then you have what is called the ghosting problem.  Ghosting means that when you press two switches at the same it will appear as a third different switch-meaning you will have a “ghost” press.   In the example diagram below I do exactly the same thing as before, except I also press Switch 0,1 and Switch 1,1.  Without the diodes this has the effect of propagating a 0 onto the input of Row 1 which makes it appear as if S1,0 is active even though it is not.

Here is the same picture with the diodes in.  You can see that the diode next to S0,1 and S1,1 are reversed biased and don’t conduct the 0. 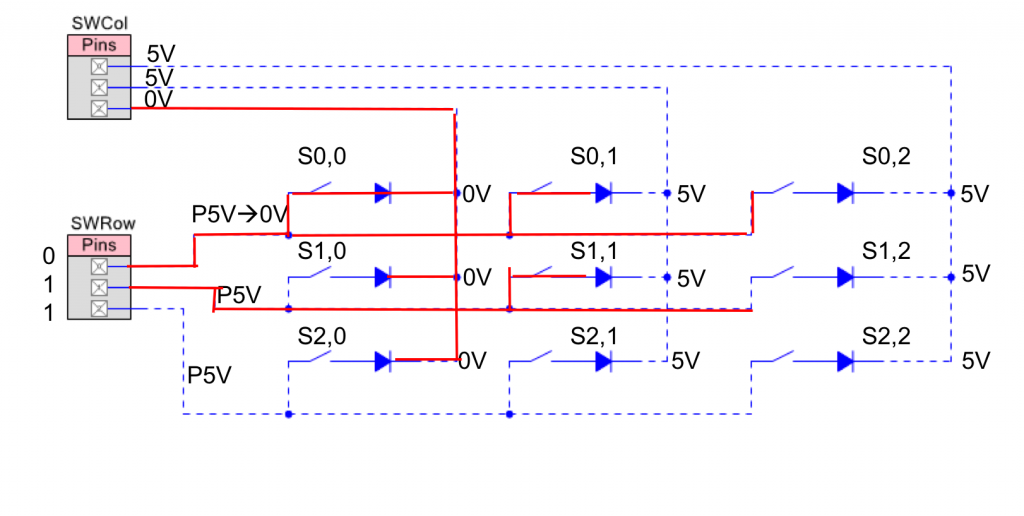 To make the system I once again enlist my Lab Technician Nicholas and his friend Anna. 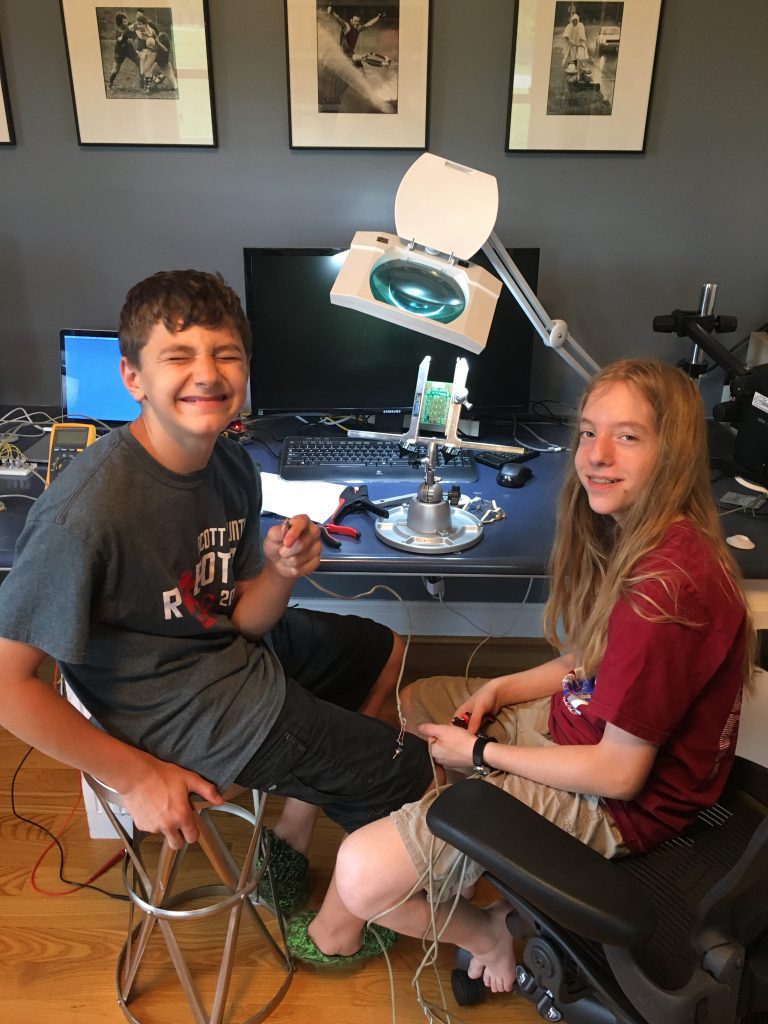 And after some time and help and not too many burns: 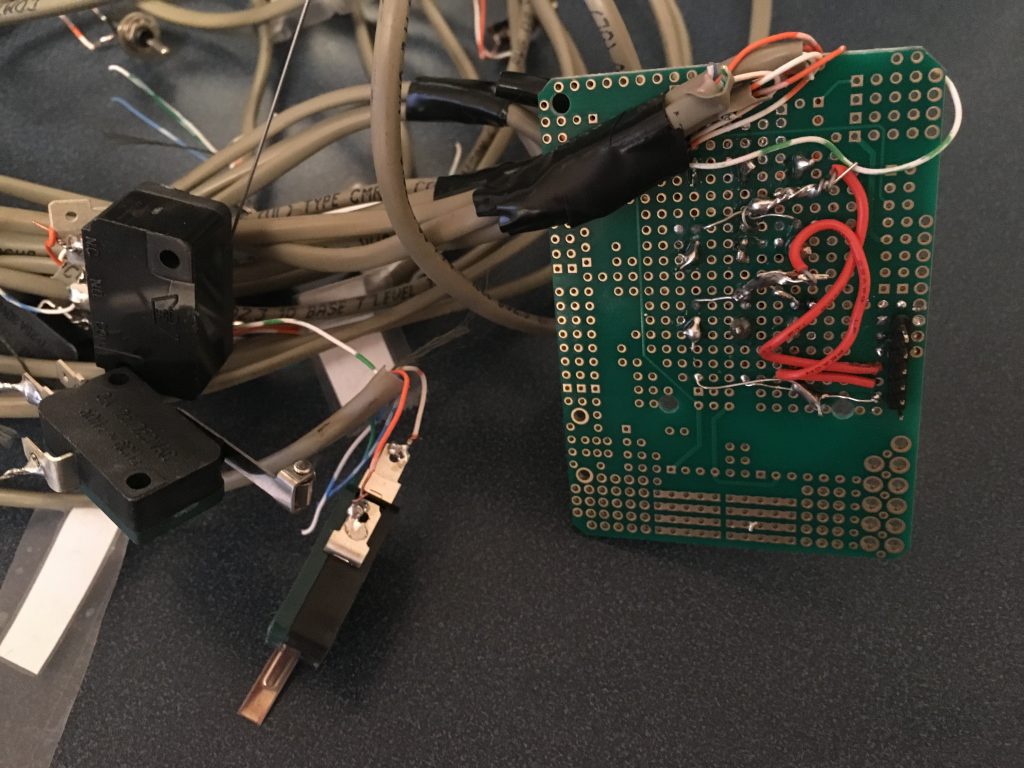 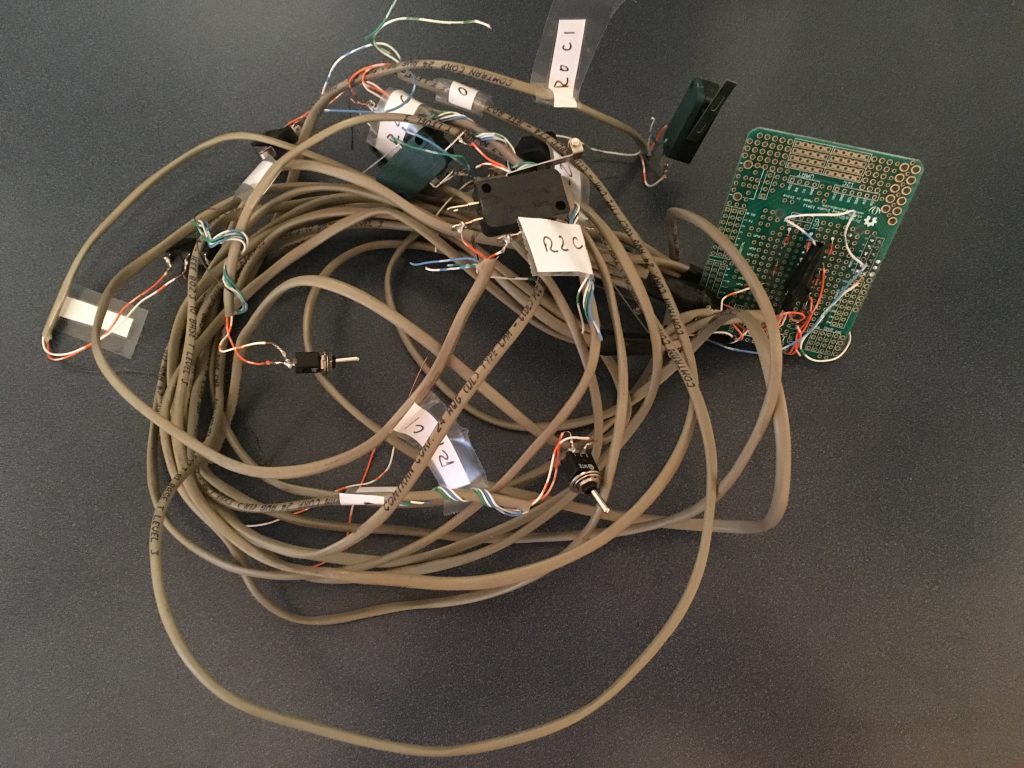 Once I have the switch matrix test board setup, Ill build a project to test it.  The project is called “SwitchTestWiring”.  The firmware uses the systick timer to trigger a printout of the data every 200ms.  I then use the UART to read 0,1,2,3 to turn on the corresponding column.  Notice that I built a 3×3 test. 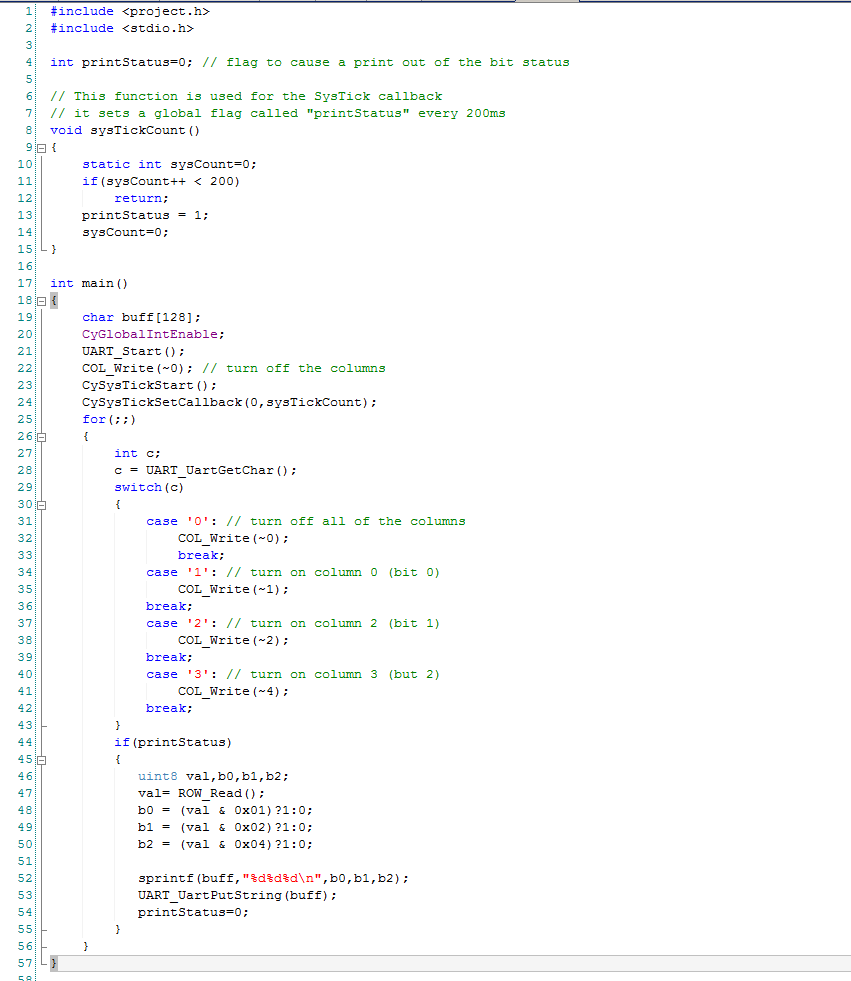 In the next posts Ill build a component to run the matrix: