Years ago, when I did the first install of a Raspberry Pi (RPi), this whole thing was quite painful, however at this point the installation process is well documented.  In addition adafruit.com has a nice tutorial about making the I2C work here.

To start the process download the Raspbian image from it from here. 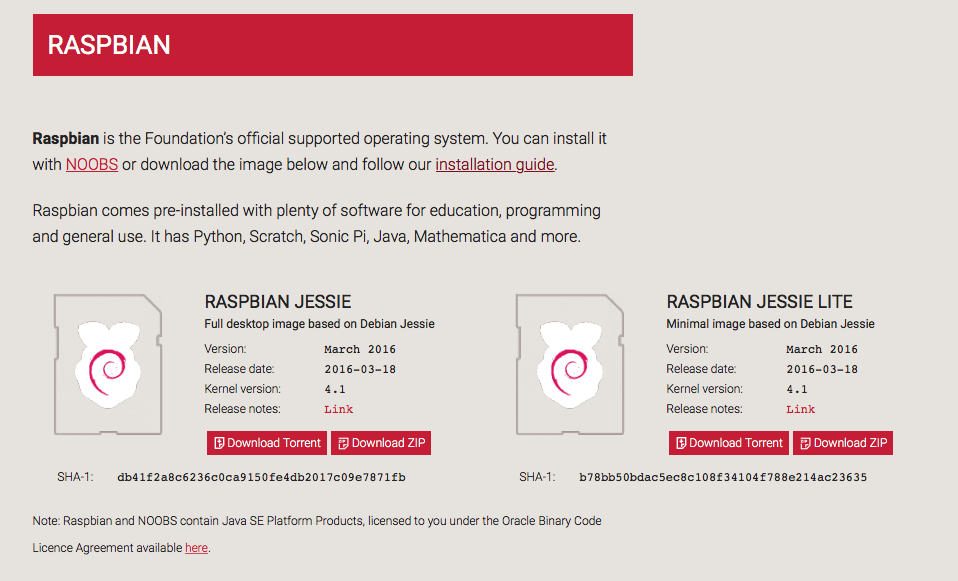 Because I talked so much about security in this post, I thought that I had better check the cryptographic hash.  So, I run

which definitely didn’t match the signature, so now what? Is this a hack?  It turns out that my Mac “helps” you by unzipping the file.  The cryptographic hash of a file and a zip of that file are different.  If you download the zip and run the hash you will get:

OK.  They match.  Good.  The next step is to write the image to the flash card.  To do this 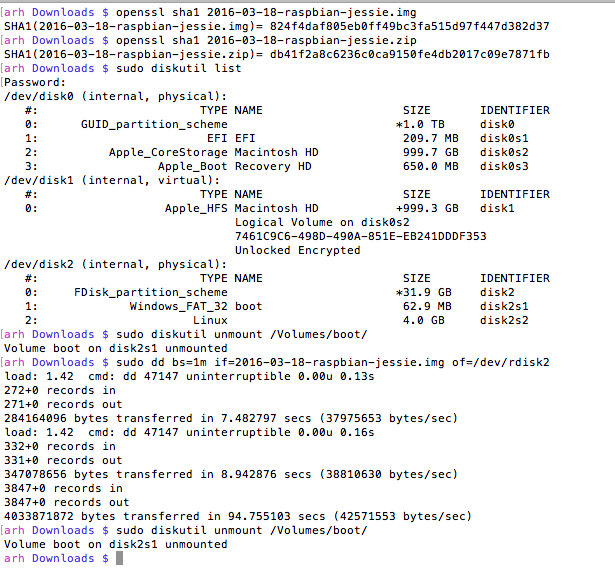 Now that you have a bootable flash disk your next step is to insert the card into your RPi, attach a keyboard, the network cable and a screen.  Then boot it.  After a few minutes you should see: 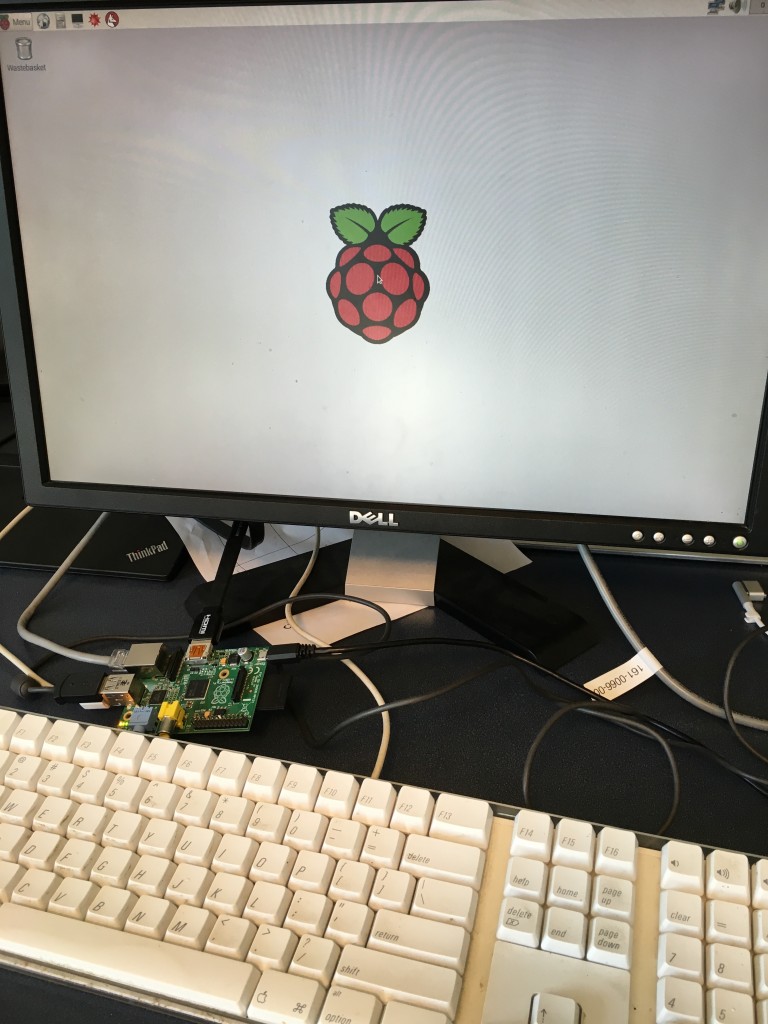 The first thing that needs to be done is to change the password and expand the filesystem.  To do this run “sudo rapsi-config” then select

I prefer to interact with the RPi using secure shell from my Mac.  To do this I need to know what IP address was assigned by my DHCP server.  So, start a terminal on the Pi and type:

Once I know the ethernet mac address I can configure my DHCP to always give this Raspberry Pi the same IP address.  You can read more about this in the “Creek Network” post.  For now I will assign the RPi the address 192.168.15.82 and I will add that address to the /etc/hosts file on my Mac so I can refer to it by the name “iotexpertrpi”

Now that all of the networking is setup, reboot.  As I have configured the IP address I can now log in using secure shell and start the configuration process.

Then, to test SSH I will exit and log back in.  After the secure shell is going I need turn on the stuff in the configuration that enables I2C.

In order for the I2C work you also need to enable the kernel drivers for I2C.  To do this run “[on the pi] sudo raspi-config” 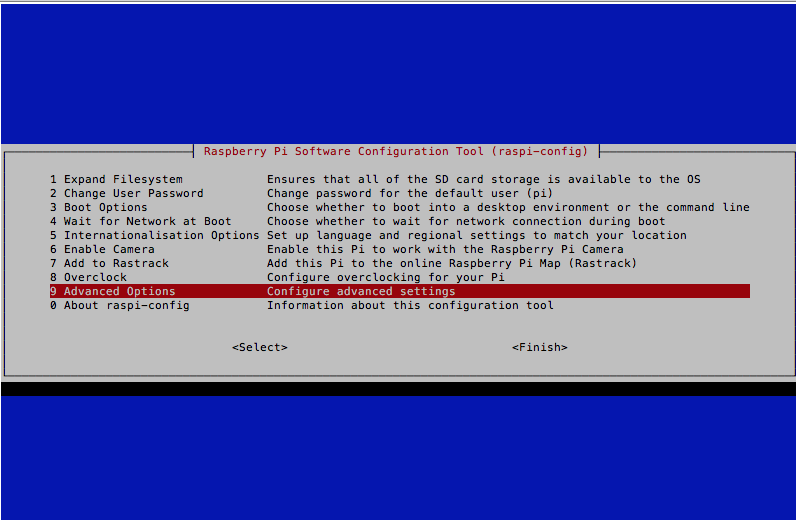 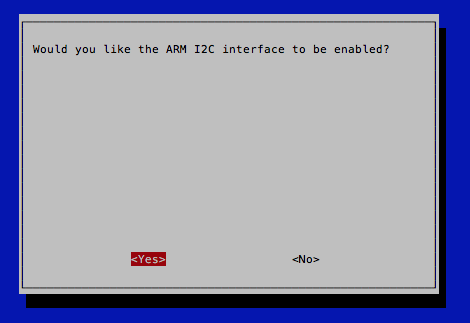 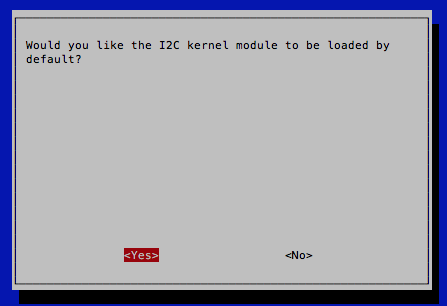 After I2C is setup I will change the RPi to not start X-Windows.

After all of that, reboot the RPi and see if things are working.

This is good.  I can “search” all of the addresses.  Basically the RPi tries to write each address.  If it gets an “ack” then it will indicate that on the chart with a number.  In the picture below you can see that there are no I2C devices attached to the bus.

Everything looks good.  Halt the RPi then attach the CYPI board and reboot. 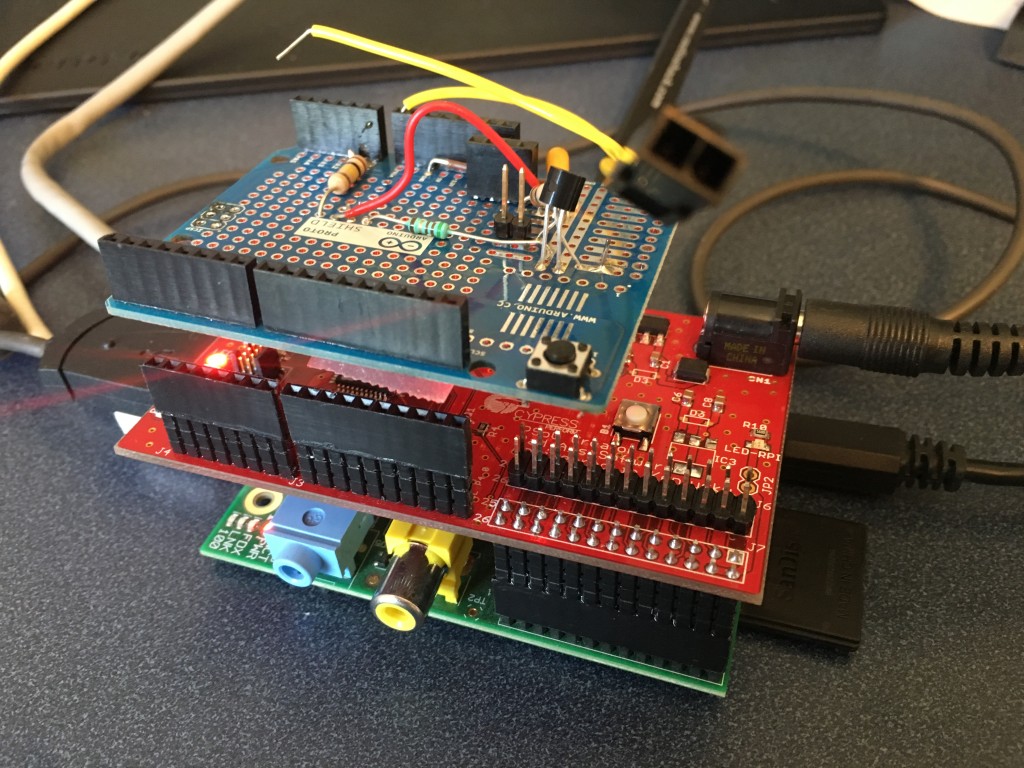 If you remember in this post I talked about the I2C register structure of my Creek Firmware.  In the two bytes starting at location 2, is a 16-bit integer of the temperature times 100 (I just noticed the error in my comment, bad Alan).  Here is the register structure:

Everything seems like it is working.  In the next posts I will discuss the installation of the MySql, Tomcat and the rest of the server software.