The first of several articles discussing the use of the AnyCloud BLE Stack to build advertising scanner/observers.

A few summers ago while I was writing the WICED Bluetooth Academy book, I created a WICED based BLE advertising scanner.  Actually, I created a framework for the scanner and the remarkable summer intern I had finished the work.  That project has been sitting in the source code repository for the Bluetooth class, mostly only shown to face-to-face students.  This scanner is built using some of the original code combined with the new AnyCloud Bluetooth SDK.  It will act sort-of-like LightBlue or one of the other Bluetooth advertising scanners you might run on your phone, but with a serial console.

Sometime in the last few months we released the Bluetooth SDK for AnyCloud (things have been crazy and I have lost track of time)  This SDK has all of the stuff needed to add Bluetooth to your AnyCloud project using one of the Cypress Bluetooth/WiFi combo chips.  I had not had a chance to try it out, so I decided to build a Bluetooth project and then port the scanning code.

For this series of articles I will:

Bluetooth applications are divided into these four pieces

These four pieces can be divided into multiple chips, as few as one or as many as four.  However, for this article, the project will be built to run on a PSoC 6 + CYW43012 WiFi/Bluetooth Combo chip.  Specifically:

But how do they talk?  Simple, there is:

Here is the block diagram from the CY8CKIT-062S2-43012 Kit Guide.  Notice that signals labeled UART and Control going between the PSoC 6 and the CYW43012. 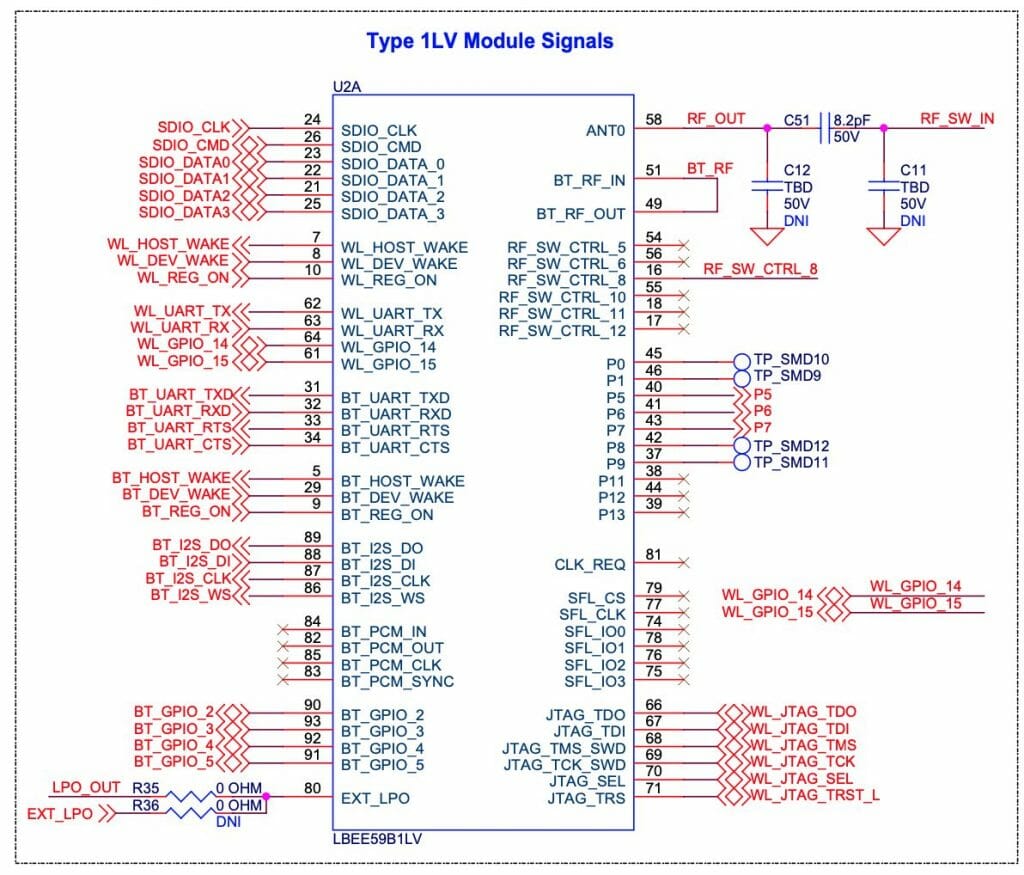 How to Start the AnyCloud Bluetooth Stack

Here is an example from main.

When you look at these two function calls, you will find that you need to provide three things:

And the controller low power behavior (in the .controller_config member)

This is a fairly standard configuration and I think that we should help you by providing this structure somewhere in the BSP.  But for now, you need to provide it (in an upcoming article I’ll update the IoT Expert Bluetooth Library to provide it).  Here is the specific structure that I will be using.

The Cypress WICED Bluetooth Stack has a boatload of configuration settings.  When you call the stack start function you need to provide all of those settings in a structure of type “wiced_bt_cfg_settings_t” which is actually a structure of structures.  There are several basic ways to set these settings

For the purposes of THIS project I started by copying the structure from on of the example projects and then modifying the three numbers that were relevant to me.  Specifically

The last thing that you need to provide is a management callback.  This function is called by the Bluetooth Stack when a “management event” occurs.  There is a big-long-list of enumerated events of type wiced_bt_management_event_t.  The events include things like the the stack started “BTM_ENABLED_EVENT”.  Each event may have data associated with the event which is passed to you in a pointer to wiced_bt_management_event_data_t.

You typically deal with these events with a giant switch statement like this:

The Bluetooth stack on the PSoC6 is operated with two tasks.  Specifically, when you call the wiced_bt_stack_init it will startup:

Here is print of the task list from my project:

Now with the background in place, in the next article I will discuss Bluetooth advertising and how to build the observer project. 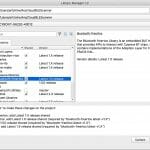 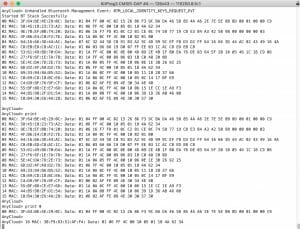 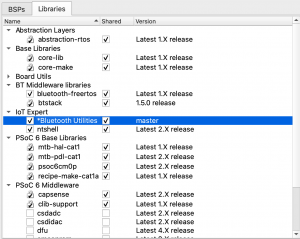