I have been working on way way to many different things and not finishing nearly enough things.  Oh well.  One of the projects that I have been working on is an implementation of a Bluetooth Observer to process iBeacon packets from a Tilt Hydrometer (more on that in a future article).  This project was started in Modus Toolbox 2.1.  It will continue to work perfectly in ModusToolbox 2.2 as it is 100% backwards compatible, but, I want to use some of the new features of 2.2.

As I discussed in a previous article, there are now two library systems in Modus Toolbox.

Before you torch your perfectly good project you should back it up.  I typically use Git.  Actually I always use Git.  As I wrote this article I realized that I should have tagged the version before I started the updates.  To figure out which commit that was I ran a “git log” and then I scrolled through my new commits until I found the last one before the conversion to 2.2.  Which requires me to admit that when I left the project a couple of weeks ago there were two files which I hadn’t checked.  So I blindly checked them in and then told the truth in my comment.

In order to use the new flow you need to do two things.

I never can remember the secret incantation to put in either place.  So, I create a blank project called “Simple22” to allow me to steal the bits that I want.

In Modus Toolbox 2.2 we added two new variables to the Makefile which allow you to specify the location of the shared library.  First, here is the relevant section of the original 2.1 Makefile

And the new 2.2 Makefile where you can see the two new variables

The next thing to do is look at what libraries are in my original project.  To do this run the Library manager via “make modlibs” 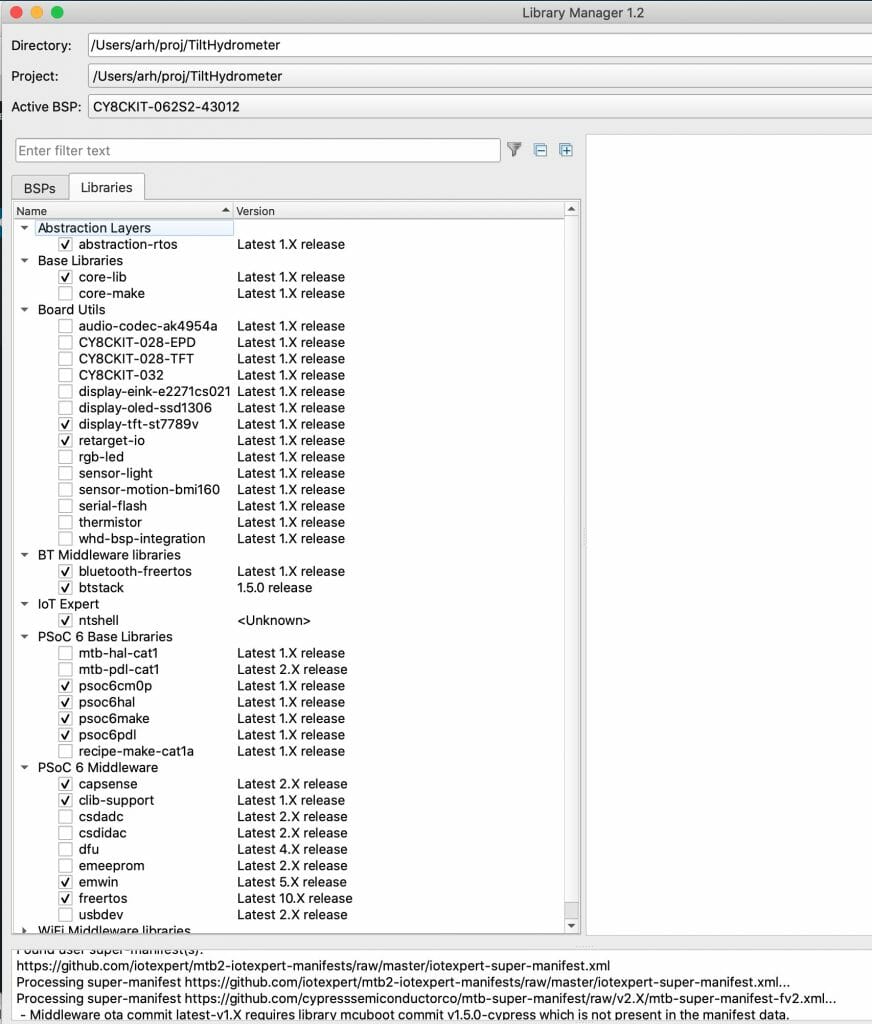 When I did an “update” in Modus Toolbox 2.1 it ran “make depend” which brought in the libraries specified by the the “dot libs” into the “libs” directory.  Here it is a listing of the lib directory.

Now take the dramatic step of:

So, I copy the target file from the Simple22 project.

Now when I run “make modlibs” I can click on all of the libraries that I used in my project. 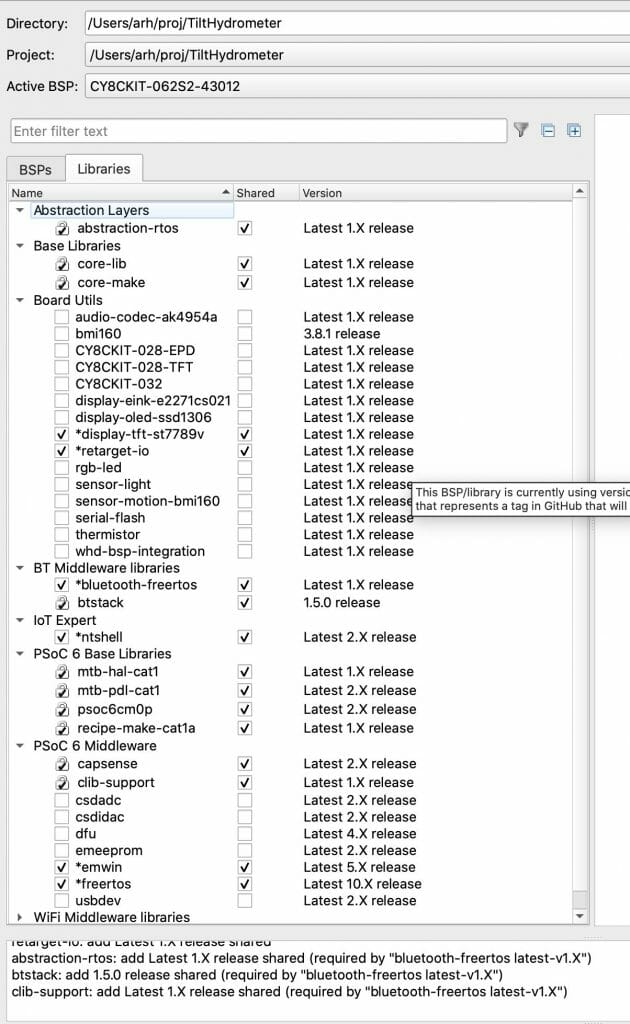 Once I click go.  It brings in all of the needed libraries.  Look at the “deps” directory now.  We are rocking.

And when I look in the shared library directory which is “../mtb_shared” you can see all of the source files.

All the libraries are now fixed.  So run a “make -j build” and see what we have.

Kentucky Inspired Me ... Thanks Erich 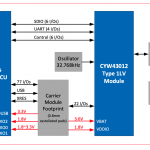 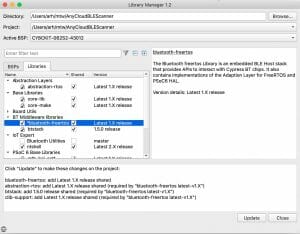