In this article I update the AnyCloud BLE advertising scanner to use the btutil library that was created in the previous post.  In addition, I add a command queue to the bluetoothManger and enable a new command to turn on and off scanning.

If you have been following along until now, which I imagine that you have if you are reading this,  you will have gotten a vomit of device data blasting out onto your serial console.  This isn’t very helpful.  So now what?  I am going to divide this problem into two parts

Before we actually start all of the command queue stuff, lets move to the btutil library that I talked about in the previous post.  To do this, add the library using the library manager.

Id like to explain that there is now some danger.  That danger comes from the fact that we have multiple tasks which are all accessing data plus functions that are talking to each other ASYNCHRONOUSLY.  Specifically we have:

When faced with this situation what I typically like to do is provide thread safe public functions for each of the tasks.  Then any other task can call these functions and know that things are not going to get corrupted by a race condition.

To make the design thread safe, I typically like to put an RTOS Queue between the tasks.  These queues are a safe place to send and receive data in a “thread safe” way.  There are two basic design patterns that can be used

I typically think that the 2nd method is better, so that is what I am going to do here.

Add a Queue to the Bluetooth Manager Thread

So we need two things a message to push into a queue (just a structure) and we need a queue to push it into.  First the message which is just a structure with two elements.  The first element is a command and the second element is some data of type void.  The meaning of the void *data will be different based on the command.

But how about the command?  The command is just an enumerate list of commands which will now start with just one command.

And know we need to define the queue.

Before you can use the queue you need to initialize it.  The best place to initialize this queue is in the management callback right after the stack gets going.  You can see that I tell FreeRTOS that there is a queue which can hold up to 10 commands.  I also tell it that each command is the sizeof the command message.

Now we need to create a way for other tasks to create these command messages.  They will do this by calling a function which we will define in the bluetoothManager.h

This function will live in bluetoothManager.c and it simply

Add a Timer to Process the Queue

So now we have a method to push items into the queue.  How do we get them out of the queue?  To do that I will use a Bluetooth Stack timer that will run every 50ms.

First, define the timer in bluetoothManager.c

Then define a function which the timer will call.  This function will

When I did the implementation originally I created what I thought was a threading bug.  Specifically I used the FreeRTOS timer to process the queue.  In other words instead of using a wiced_timer_ext_t I used a TimerHandle_t.  So what?

So what?  I was afraid that the call to wiced_bt_ble_obsere was NOT thread safe and needed to be called inside of the same task as the stack.

After some digging I found out that the Bluetooth Stack is threadsafe, so I worried for no reason.  Well, actually, you can never worry enough about making these kinds of threading bugs because they are viscously difficult to debug.

Add a Scan Off & On Command

The last thing that you need to do is add an actual command to the usercmd task to call the bluetooth manager function to turn on and off scanning.

First, add a new prototype for your new command in usercmd.c.  Then add it to the list of legal commands.

Then create the function to process the command line input and call the btm_scan function.

Now build it and run it.  You should still get adv packets barfing all over your screen.  But now you can turn on and off the scanning with “scan on” and “scan off”.  In the next article we will create a database to hold the scan packets. 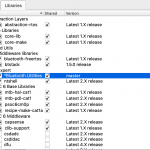 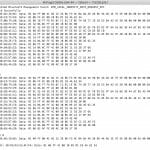