In the previous posts I introduced you to the Smart IO.  I also went through the instructions to create CapSense Buttons using the new Mutual-cap CSX mode of the PSoC4000S.  In this post I am going to use the three CapSense buttons on the CY8CKIT-145 as inputs to the Smart IO.  I want to create a simple logic function P25 = !XOR(P24,P26,P27).  This will cause the LED that is attached P25 to light up when there is an odd number of 1’s on P24,P26,P27.  The equation is slightly strange because the LED is wired as active low (it lights up when there is a 0 written to it)

To make this work I soldered an 8 pin female header to Port 2 of my development kit.  I then wired:

You can see all of that in the picture below. 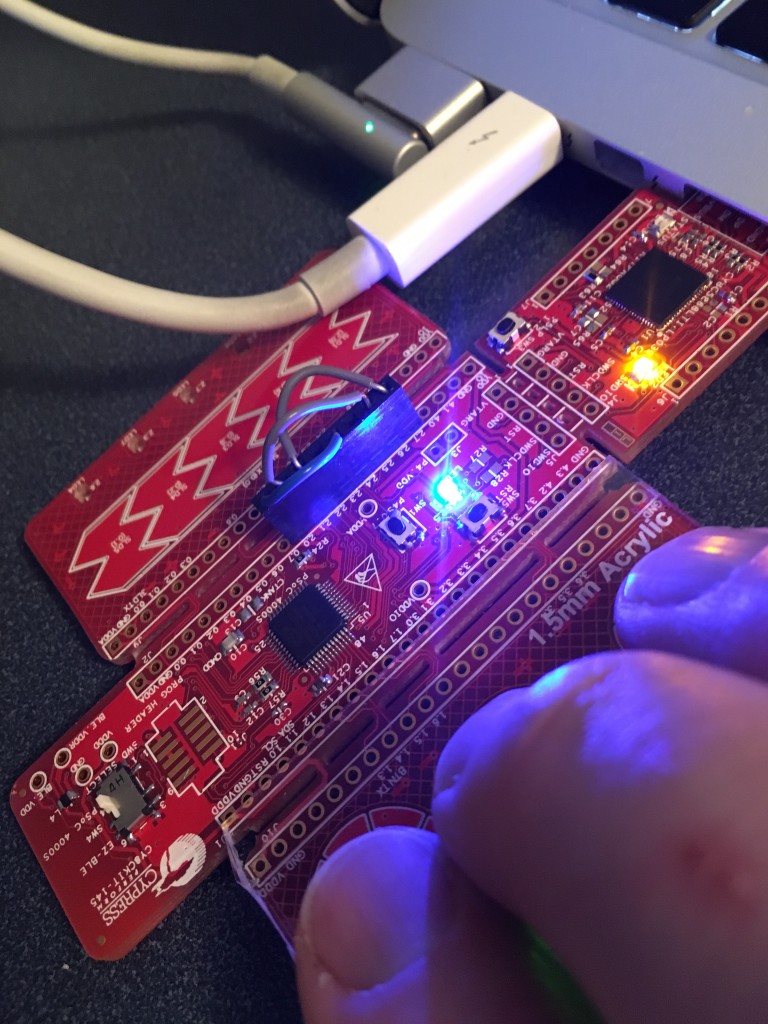 The next step is to create the schematic for this design.  I started from the Mutual Capacitance project that I talked about in the previous post.  It has three LEDs and the Capsense Buttons.  I then add 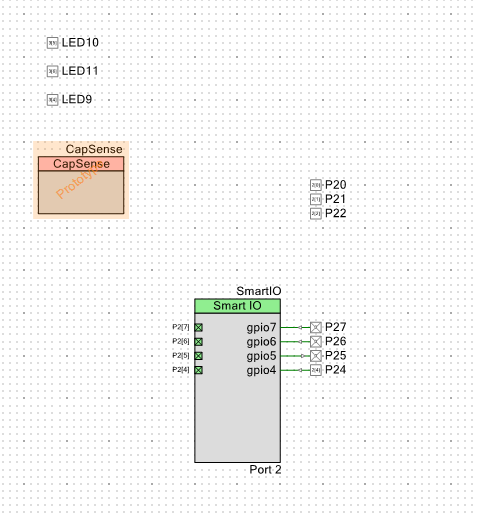 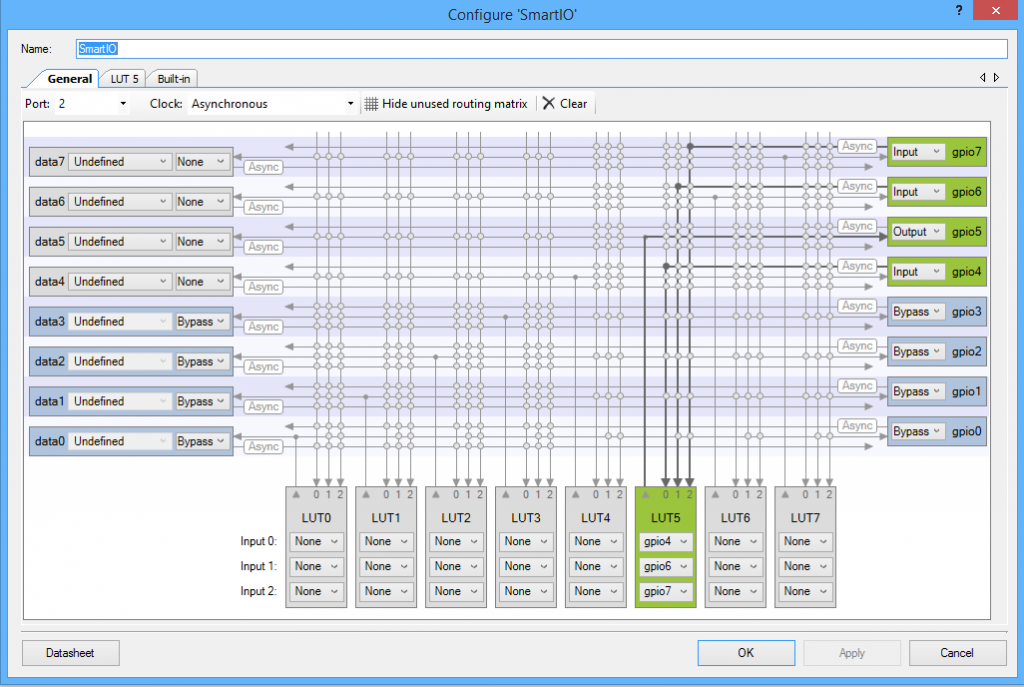 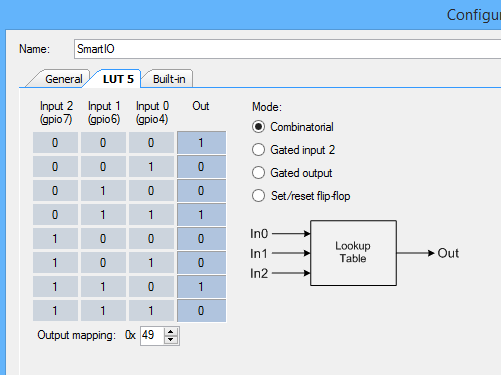 Lastly I assign the pins to the correct physical pins on the chip. 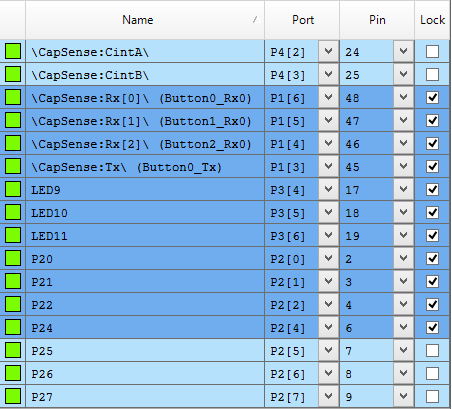 Then I create the firmware by copying the main.c from the earlier CapSense example.  I then add the small amount of code to glue it all together: 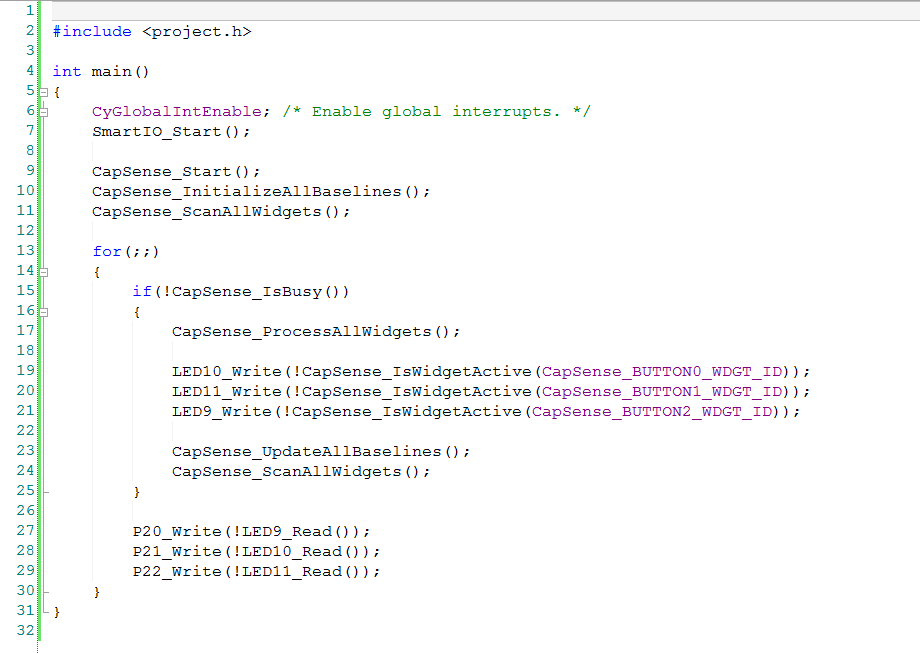 You can find this PSoC Creator workspace on github in the directory called “SmartIO”.  This project is called “3Xor”.

In the next post I will show you how to make a state machine using the Smart IO.