For this post, I wanted to build a simple state machine inside of the SmartIO.  So I decided to build a 3-bit counter.  On the CY8CKIT145 board, port 2 is mostly connected to LEDs.  When you look at the picture below you can see that the LEDs on the left side of the board are easiest to see, so I decided to use them to indicate the state of the counter.  You can see from my notes that I was originally considering using LED9,11,10 which are the three LEDs on the CapSense buttons board.  I also considered using LED5,6,8 which are on the right side of the slider board, but I ruled all of that out because they were hard to see. 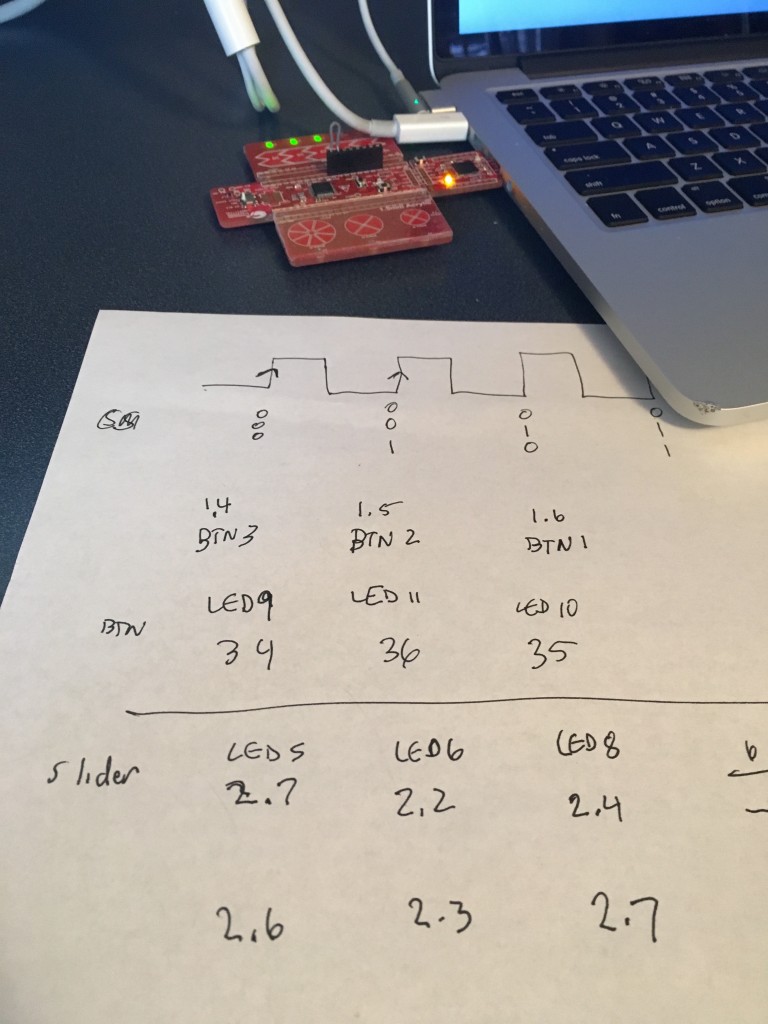 To build this project you start by creating the schematic.  In this case I copied the design from the previous post called “145MutualCap” which had 3 CapSense buttons and 3 LEDs (LED10,11,9).  I then added: 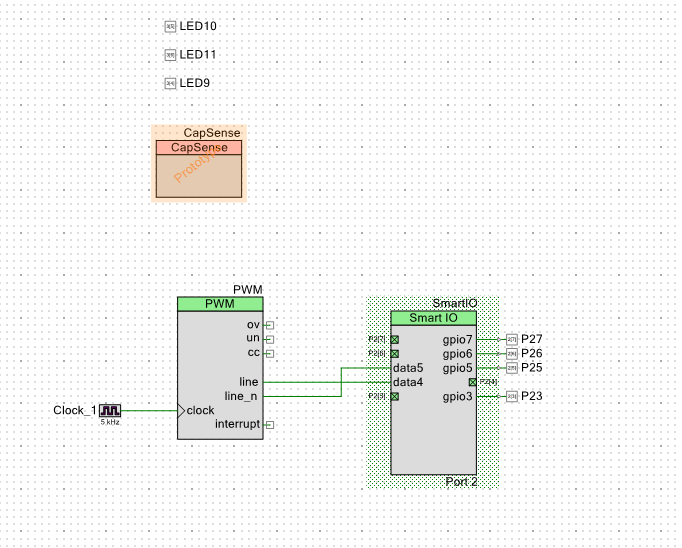 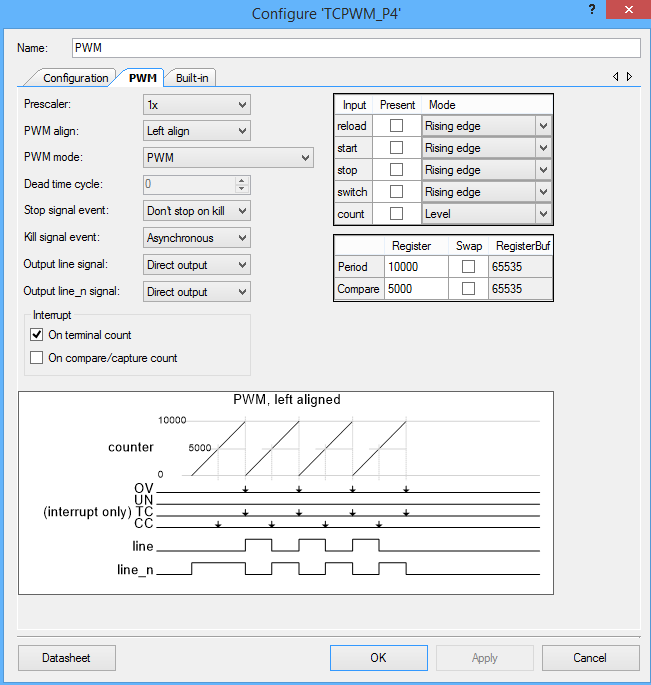 Then I configure the SmartIO. 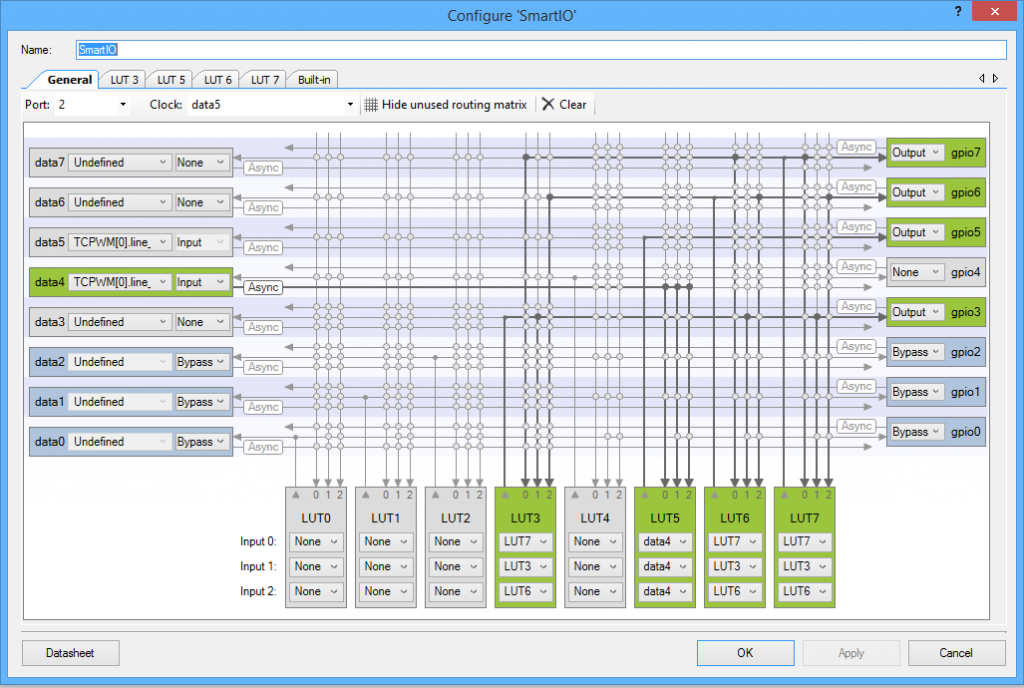 Then I configure LUTs 6, 3, 7 to implement the state table of a counter 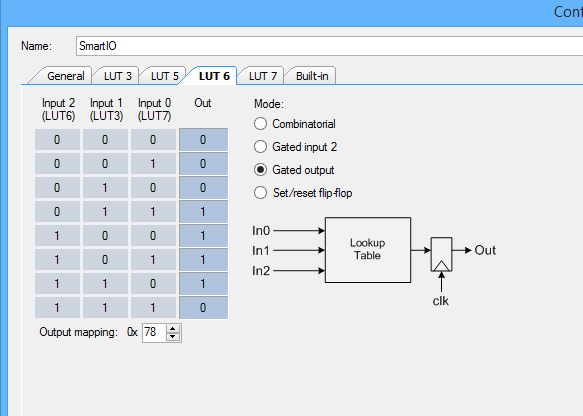 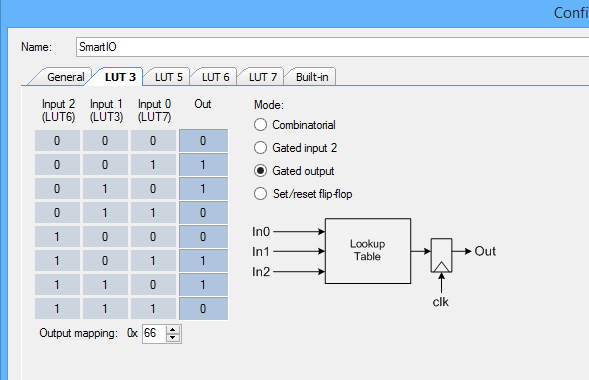 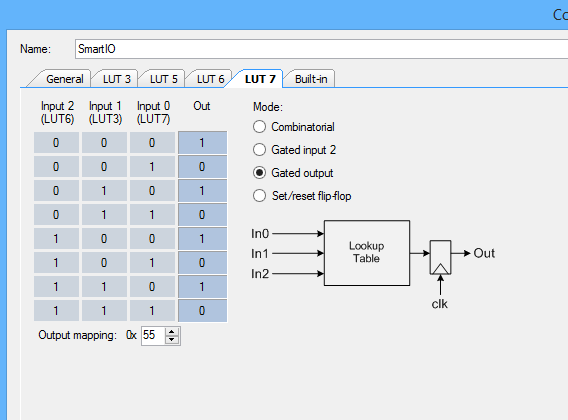 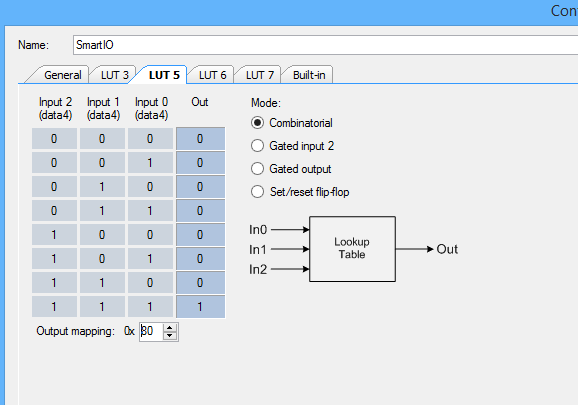 After this is done I need to assign the Pins.

Followed by the very simple firmware which is copied from the previous design.  The only new code is line 9 to turn on the PWM. 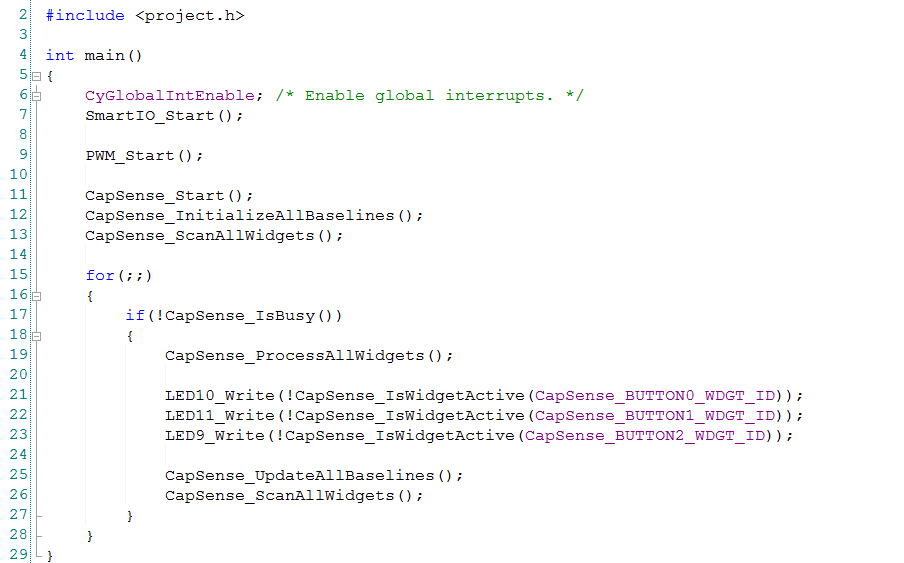