In the previous article I talked about getting FreeRTOS running on the PSoC, then creating two threads (one for a blinking LED and one for a UART command processor).  In this article I will add the ability to change which LED is blinking (the board has a tricolor RGB LED) by pressing a key on the keyboard.  Specifically ‘r’ for Red, ‘b’ for Blue and ‘g’ for Green.  In order for this to happen you will need to make the UART thread talk to the LED thread.  I will implement this with the FreeRTOS Queue mechanism.

Using an RTOS like FreeRTOS is a great tool for reducing the complexity of your programs.  This is very useful when your MCU supports bigger more complicated programs.  However, using multiple threads of execution also creates problems. One of the poster children for threading problems is shared memory.

FreeRTOS uses a shared memory model.  Meaning, all of the threads in your program share the same address space and have access to all of the memory.  This means that one possible technique for communicating between threads would be to declare a global variable, which both threads have access to.

For example, you could declare a variable called “uint32_t ledColor” and have the the LED Thread read the variable to determine which LED to blink.  Then the UART thread could write the variable to set which LED is blinking.  Well maybe this isn’t such a good idea.  There are at least (and maybe more) things that can go wrong.

A better way to solve this problem is to use a FreeRTOS queue.  You can think of the queue as an array in the memory with a head and a tail.  You can insert new items into the tail of the queue, and you can remove them from the head of the queue.  The FreeRTOS queue makes sure that you do this “safely”, meaning you have complete transferred in or out before another thread can take over.  The FreeRTOS queue also makes sure that you don’t try to insert into a queue that is full, or remove from a queue that is empty by providing a mechanism to “block” your thread until it is either full/empty.

To use a queue you first 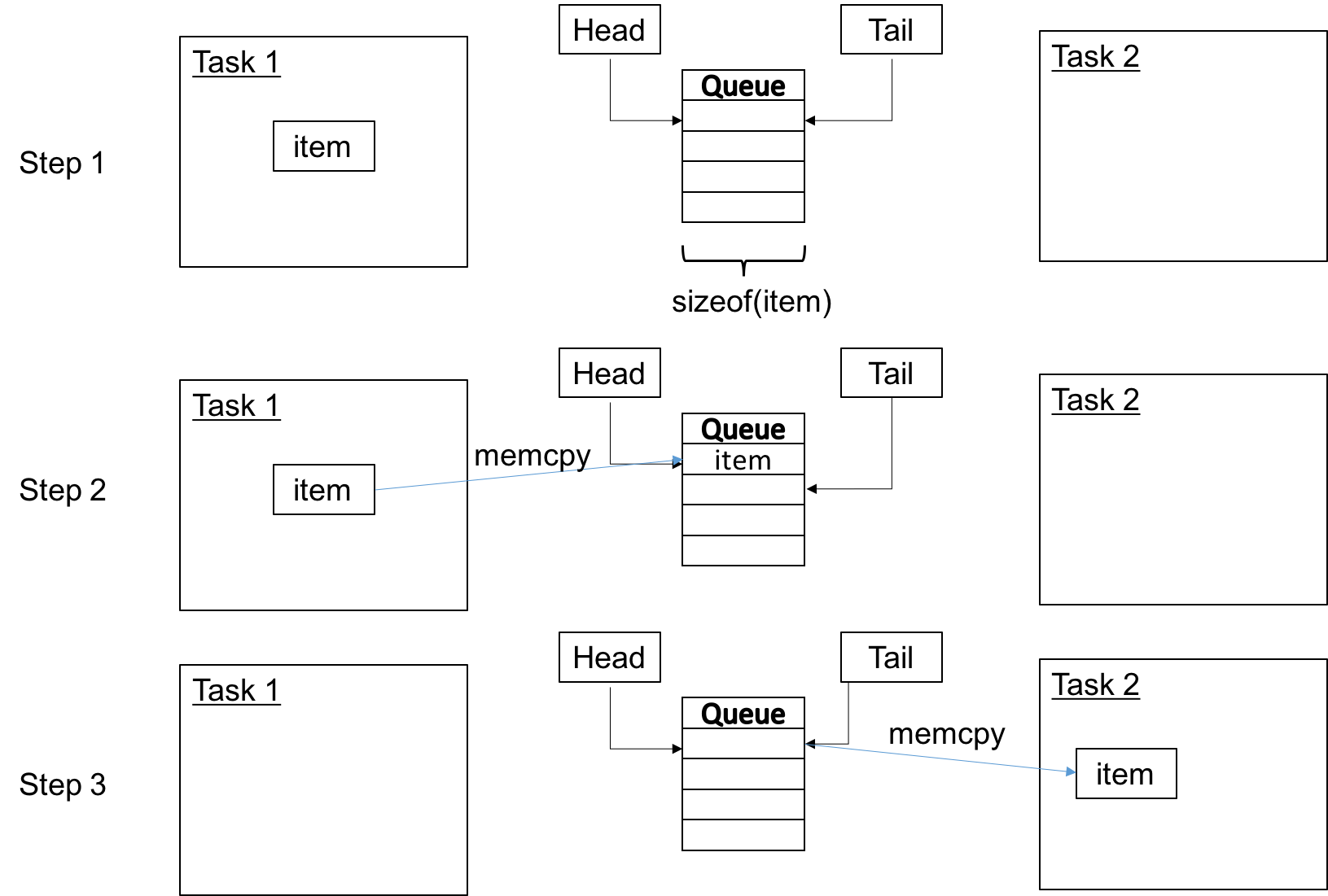 I start the implementation process by copying the UART-Thread project to a new project called “Queue” and then adding the GREEN and BLUE LEDs to my schematic. 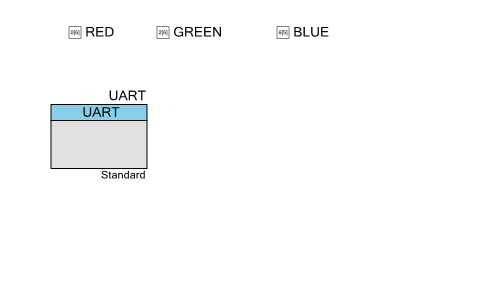 Then I create a new type called “Color_t” which will represent the list of possible colors.  This is the “item” that I will add/remove from the queue.  Next I declare a global variable “QueueHandle_t” which is a data structure which FreeRTOS uses to keep track of the queue.  FreeRTOS can safely read and write this variable from multiple threads even though it is global.

Before you can use a queue you must initialize it.  To do this call “xQueueCreate”.  This function takes two arguments

Next I will update the UART thread so that it can send a message to the queue.  If the queue is full I just printout that there is an error.  You could imagine that there are a number of ways that you might handle this error, but I opted for simple.  You can make this error happen if you press keys faster than 1x per 500ms.

The last thing to do is fixed the LED_Task to check for items in the queue.  If there is one, then turn off all of the LEDs and start blinking the new color.

If you have more FreeRTOS PSoC Examples that you are interested in please make a comment and maybe Ill create them.

As always, you can find the FreeRTOS PSoC Examples on the IoT Expert GitHub site or git@github.com:iotexpert/PSoC-FreeRTOS-Examples.git