Last week I taught a class on WICED WiFi programming, which also uses and RTOS.  During that class I yelled at a number of people for not using the RTOS mechanisms that I was showing them.  Which got me thinking, that in all of the versions of the FreeRTOS example program that I have shown you, I have used a polling loop for handling the UART.  This was kind of bugging me (at very least it was inconsistent).  In order to fix this I decided use the FreeRTOS Binary Semaphore to fix the problems by: 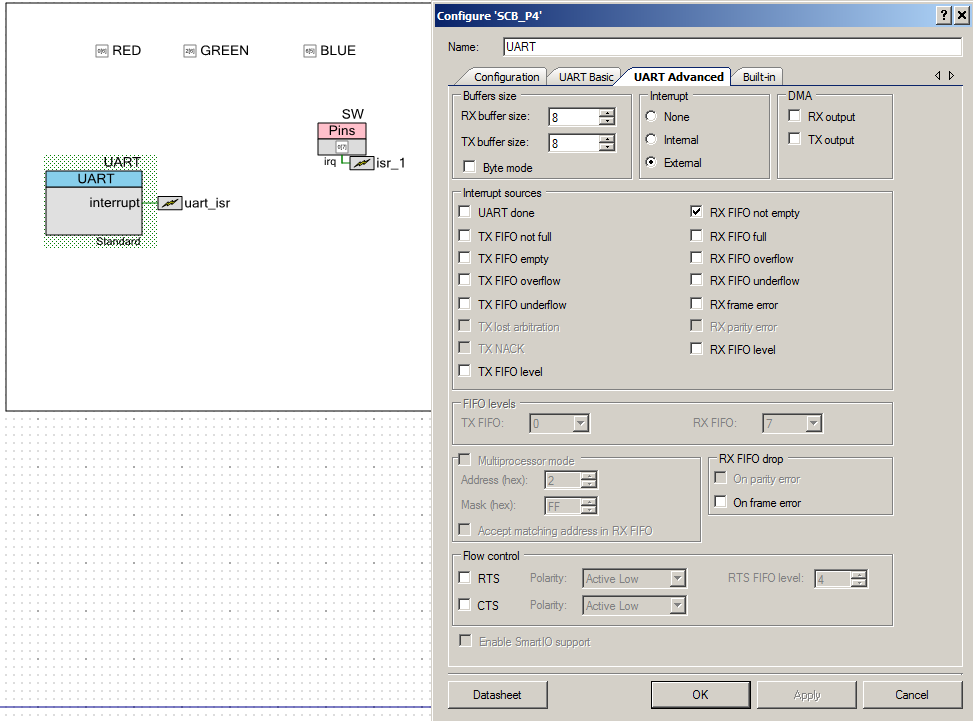 Then I create a new global variable called uartSemaphore.

In main I initialize the semaphore and install the ISR Handler.

In the ISR Handler, I clear the interrupt from the UART.  Originally I thought that I could just clear the pending interrupt, set the semaphore and return.  However, when I returned from the ISR, there were still characters in the receive FIFO, which made the UART immediately pend the interrupt.  This kept me from ever leaving the ISR.  To fix this I turn off all interrupt sources.  In the UART Task I will turn the interrupts back on when the FIFO is empty again.

Finally I modify the UART Task to

This is a fairly simple modification to my program which will save power (potentially), will save CPU cycles (for sure) and is generally much better inline with the RTOS philosophy.