A couple of weeks ago I told you about teaching the first Cypress Academy WICED WiFi class.  In that class, one of the things that I taught people is how to connect a WICED WiFi devkit to the Amazon AWS IOT Cloud using MQTT (which I am going to will publish here).  At the time I was writing the material I wanted to create a “cloud” server that ran on the LAN for the classroom, but there were too many moving parts for me to attack that.  However, the last couple of days I have had some free time so I have gone through all of the steps to create the first part of the Cypress Academy Cloud.  The cloud will have:

Each of these four protocols are in common use by IoT devices to transfer data to the cloud as they are all lightweight.

In order to simply things, I wanted to run MQTT and AMQP in Docker containers.  And to make matters a bit more fun, on my laptop I only run test stuff inside of a virtual machine (VirtualBox in this case), never on the bare metal.  In order to facilitate the provisioning of the virtual machine I use a tool called Vagrant which can create and configure a virtual machine from a single configuration file called “Vagrantfile”.

Nicholas, my son, always comes in my office and asks “what are you doing”.  I decided years ago to always do my best to answer this question.  On Tuesday, when he asked the question I started talking and quickly realized that this whole thing was a little bit complicated…. well, actually a lot complicated.  So, I did what I always do, drew a picture: 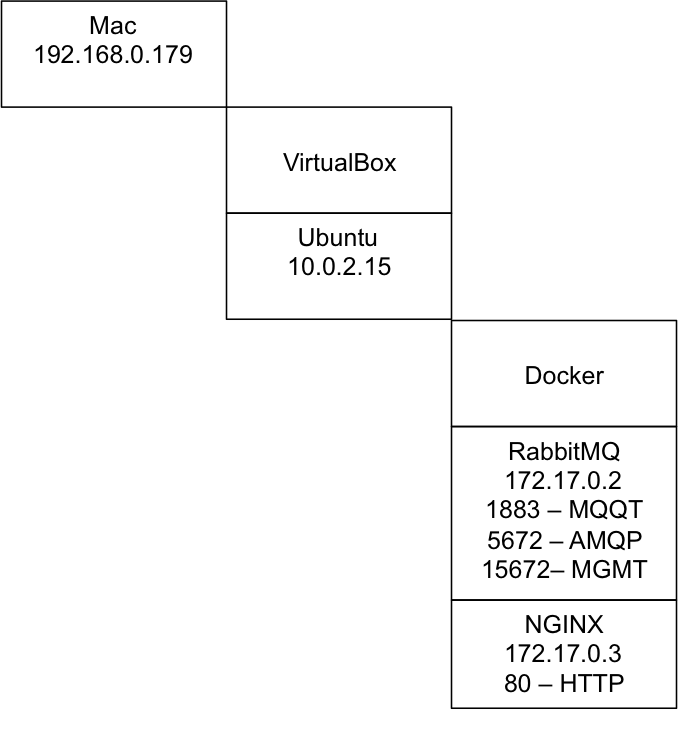 The get all of this going I:

The networking aspect of this was a bit tricky to understand when I first went through the process.  Docker and VirtualBox both create private networks for the virtual machines/containers to run in.   In order to get from the native Mac –> Ubuntu VirtualBox –> Docker RabbitMQ container you need to setup port forwarding tables. 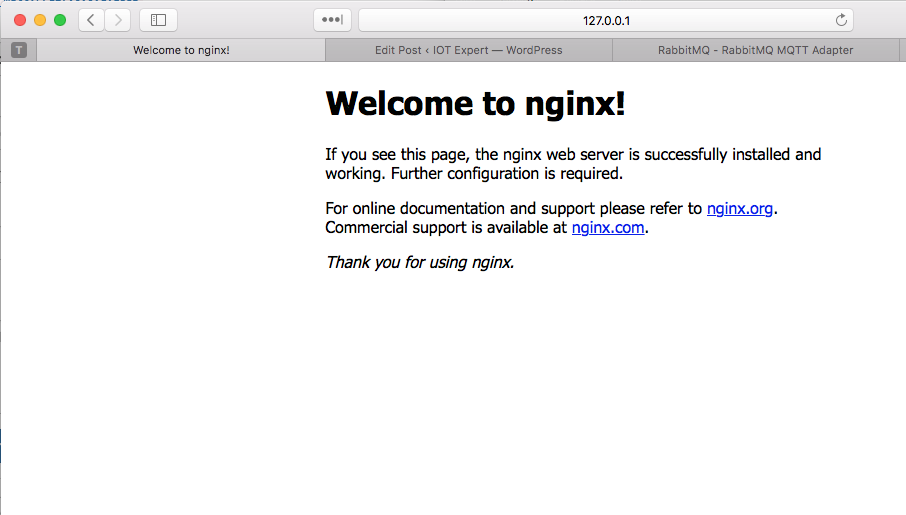 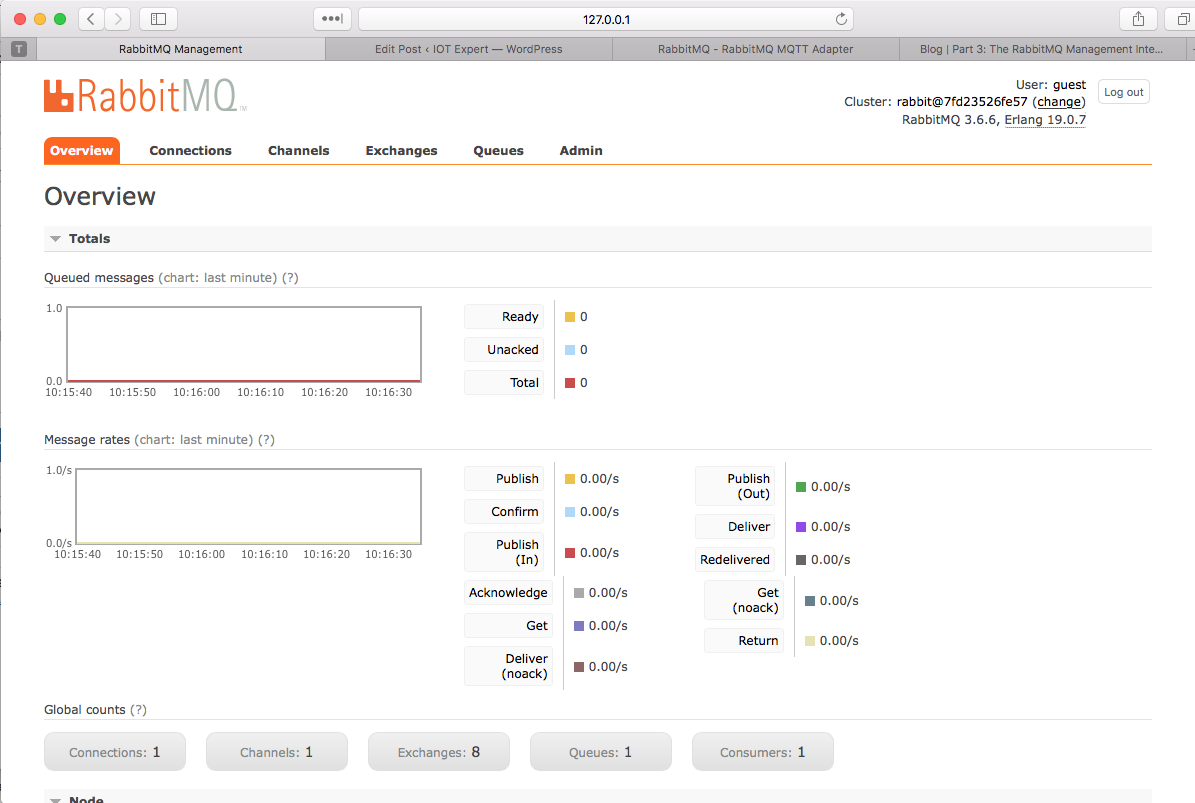 And test the MQTT server on port 1883 using MQTTBox 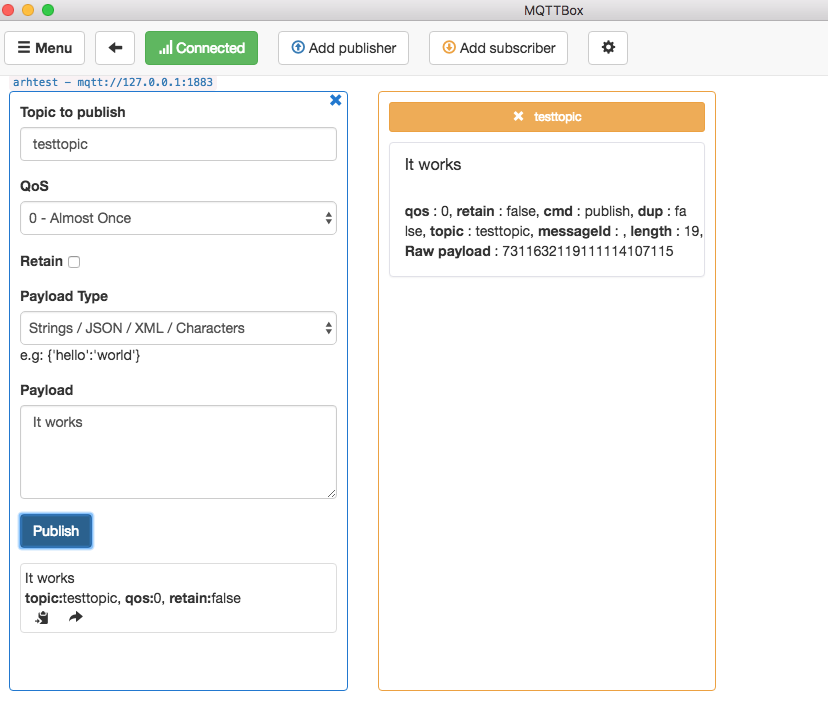