In this article I will show you how to use Python to read from the I2C bus and then send the data to the AWS IoT Cloud via MQTT.  This will include the steps to install the two required libraries.  I will follow these steps:

In order to have a Python program talk to the Raspberry Pi I2C you need to have the “python3-smbus” library installed.  To do this run “sudo apt-get install python3-smbus”

I like to make sure that everything is working with the I2C bus.  There is a program called “i2cdetect” which can probe all of the I2C addresses on the bus.  It was already installed on my Raspberry Pi, but you can install it with “sudo apt-get install i2c-tools”.  There are two I2C busses in the system and the PSoC 4 is attached to bus “1”.  When I run “i2cdetect -y 1” I can see that address ox08 ACKs.

You might recall from an earlier article that I setup the register map of the PSoC4 as follows:

If I use the i2ctools to read some data from the PSoC4 like this:

What I will do next is run the program to see what data it gets back from the Raspberry Pi.  Then I will use the i2ctools to get the same data and compare to make sure that things are working.

The next problem is that a list of bytes isn’t really that useful and you need to convert it to an array of bytes using the function “bytearray”.  A bytearray also isn’t that helpful, but, Python has a library called “struct” which can convert arrays of bytes into their equivalent values.  Think converting a packed  C-struct of bytes into the different fields.  You have to describe the struct using this ridiculous text format. 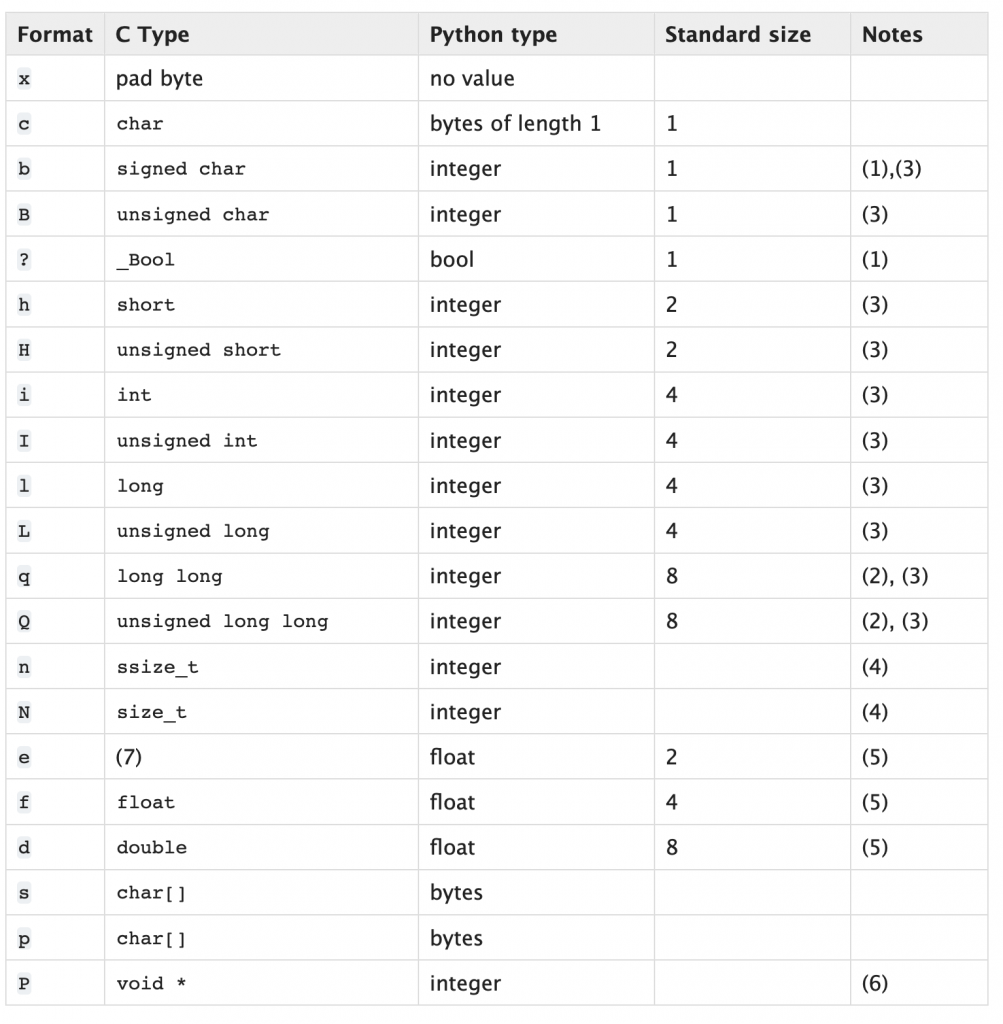 The first part of the code is as before.  The only really new things are:

The unpack method turns the bytes into a tuple.  Here is the whole code.

When I run the program I get the raw data.  Then the unpacked data.  Notice the 406 which is the same value from the ADC as earlier.

Now I want to send the data to AWS IoT using MQTT.  All the time I have been using Python I have been questioning my sanity as Python is an ugly ugly language.  However, one beautiful thing about Python is the huge library of code to do interesting things.  Amazon is no exception, they have built a Python library based on the Eclipse Paho library.  You can read about the library in the documentation.

To get this going I install using “sudo pip3…”

To use the library to connect to AWS you need to know your “endpoint”.  The endpoint is just the DNS name of the virtual server that Amazon setup for you.  This can be found on the AWS IoT management console.  You should click on the “Settings” on the left.  Then you will see the name at the top of the screen in the “Custom endpoint” 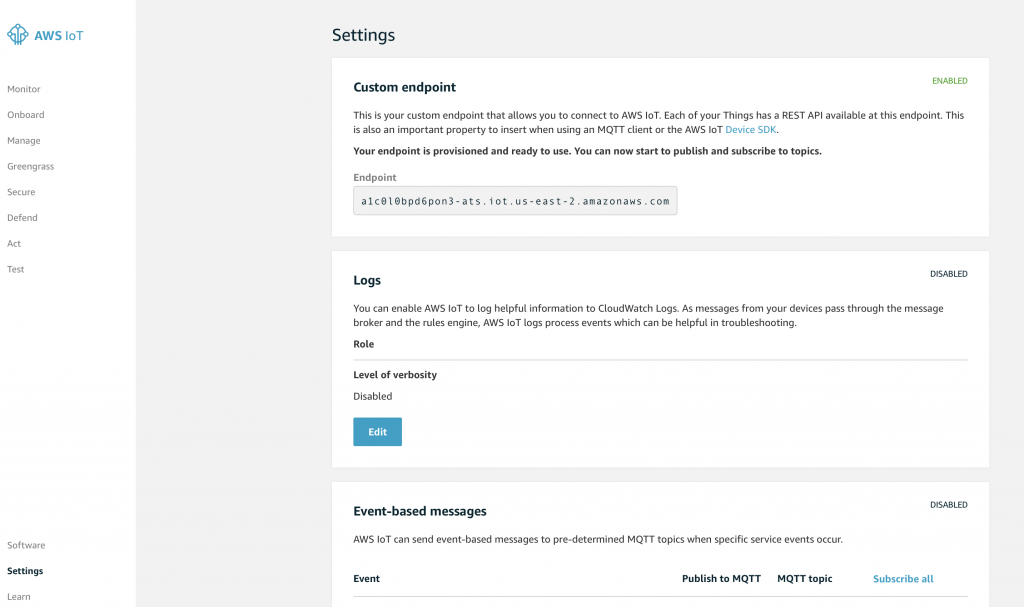 The next thing that you need is

The program is really simple.  On lines 7-13 I just setup variables with all of the configuration information.  Then I create a JSON message by concatenating all of the stuff together that I read from the PSoC 4.  Lines 18-20 setup an MQTT endpoint with your credentials.  Line 22 opens the MQTT connection.  And finally line 21 Publishes the message.

Now that I have the Python program, I want to plumb it into the rest of my stuff.  On my RPI I run “crontab -l” to figure out what my collect data program is.  That turns out to be “runI2C” which appears to run every two minutes.

I edit the runI2C shell script and add on my python program.

Finally we are ready for the moment of truth.  Log into the console and start the test client.  Subscribe to “#” and after a bit of time I see that my publish happened and it was accepted into the Device Shadow of my Thing. 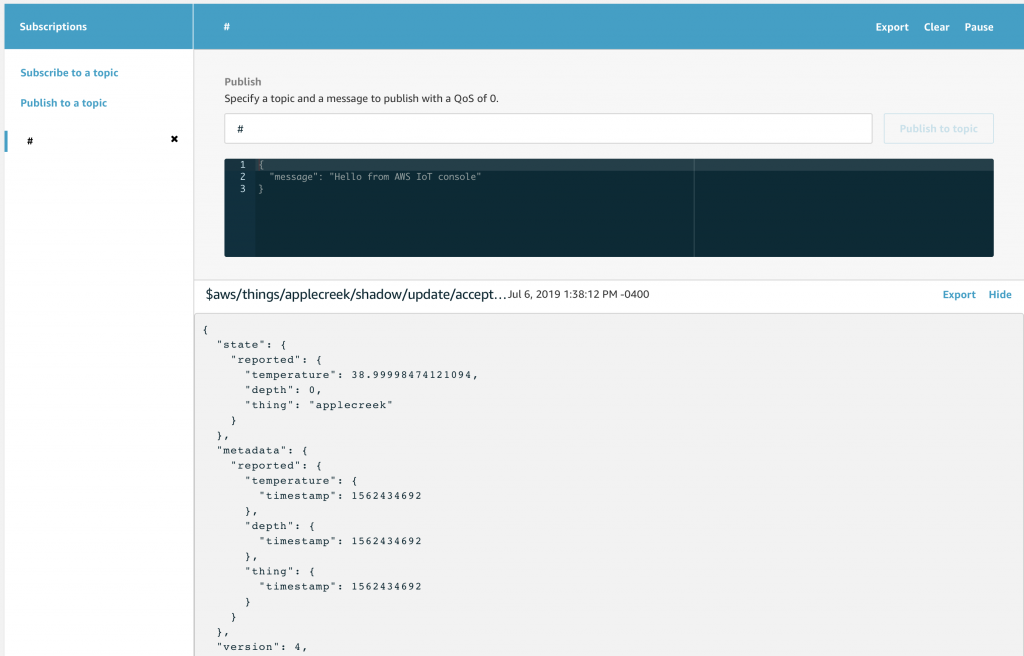 Here is the device shadow 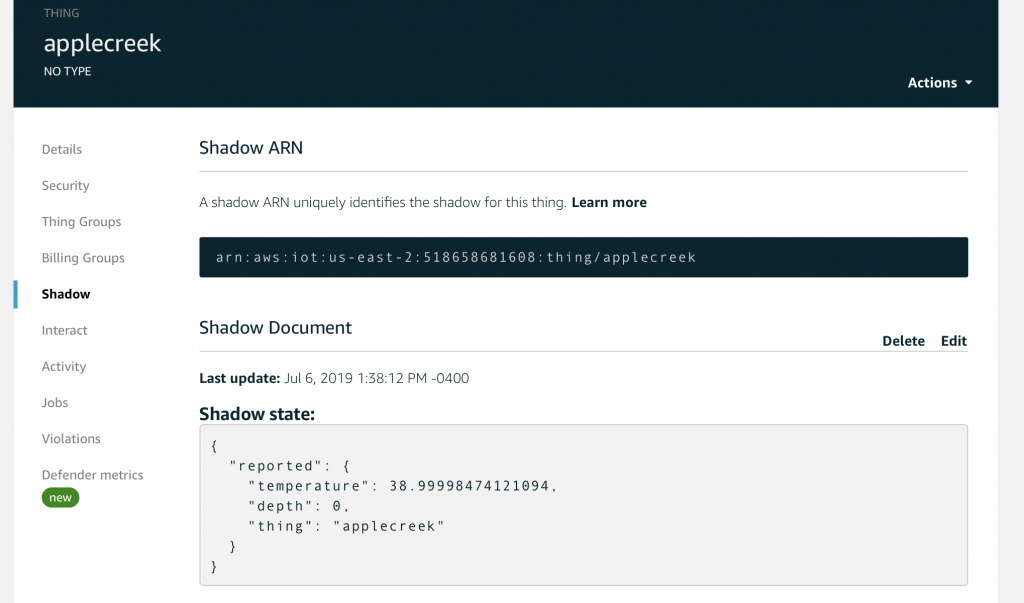 Here is the whole program