The FreeRTOS Counting Semaphore is a simple extension of the binary semaphore that I talked about in the last two articles (PSoC Binary Semaphore, PSOC Binary Semaphore Part Two).  Simply put, the semaphore counts up when “set” and counts down when “get”.  When it is 0, the task that tried to “get” it is paused until some other task “set”s it.  There are a number of uses of the the counting semaphore including:

As I worked on this article I was looking around the internet for good examples, that would visibly demonstrate the counting semaphore.  There are a number of examples out there including, the dining philosophers, the line of bathrooms, the librarian but they all feel somewhat contrived.  The other thing that I realized as I looked around is that there are a bunch of different names for exactly the same thing, that is getting and setting the semaphore.  Those names include at least:

There are a number of scenarios that can cause you much pain with threaded RTOS programming and semaphores.  Two of those cases are circular deadlocks and priority inversion.

The circular deadlock occurs when A depends on B who depends on C who depends on A.  If your program finds itself in this state, you will have a deadlock, which is almost certainly a highly-not-good thing.  A variation of the circular deadlock occurs when you have multiple threads that are dependent on a pool of shared resources and you end up with the scenario where each threads only has one of the resource that its needs (e.g. it requires 2 of the resources to get a job done).  Each thread is then stopped, and waiting for one of the other threads to release the resource.

My example is simply to have one task (called countingSemaphore)  which is consuming events and multiple places that are creating events.  When there are events available, the countingSemaphore task will just printout the number of events, decrement a.k.a. take the semaphore, then loop back.  I start by copying the project “4-Binary-Semaphore” and creating a new project called “5-Counting-Semaphore”.

To make this work, I first declare a global variable to hold the counting semaphore.

Then I initialize it in main

To test the program, I start up a terminal and: 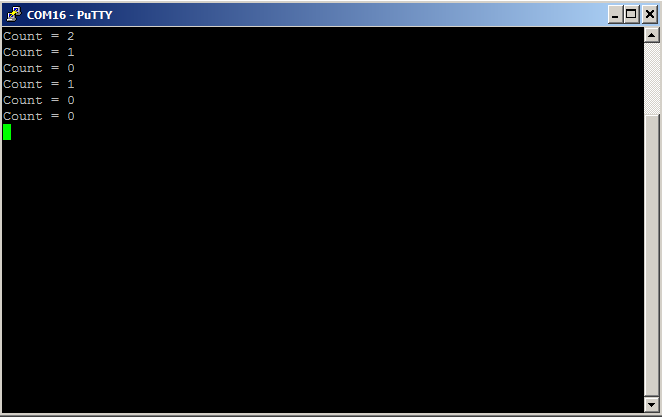 You can find this example on the IoT Expert GitHub website or git@github.com:iotexpert/PSoC-FreeRTOS-Examples.git 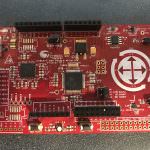