I spent this weekend attending the GE Mega Hackathon at GE FirstBuild.  First Build is a Maker Space-ish place in Louisville that is sponsored by GE and Louisville Speed School.  The Hackathon was called “Hack the Home” and was a two day thing where teams of makers built stuff for the house… generally by modifying GE white goods. Nicholas, my lab assistant, and I brought a bunch of Cypress Development Kits for people to use… then we helped them modify the kits to put them in their hacking projects. 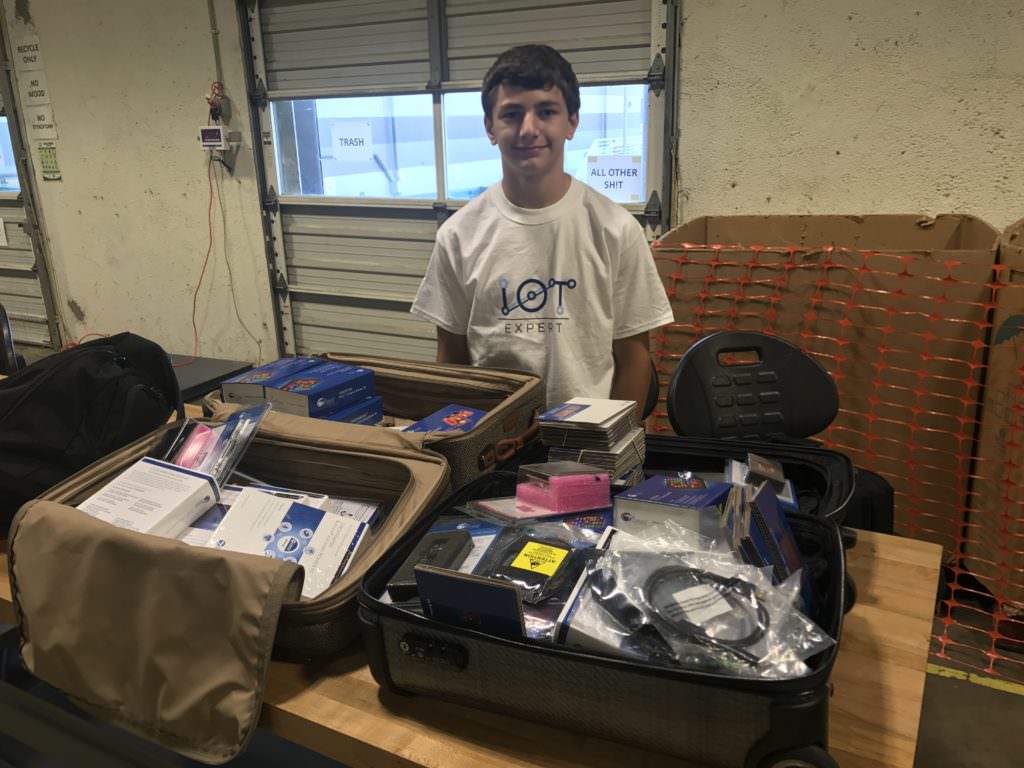 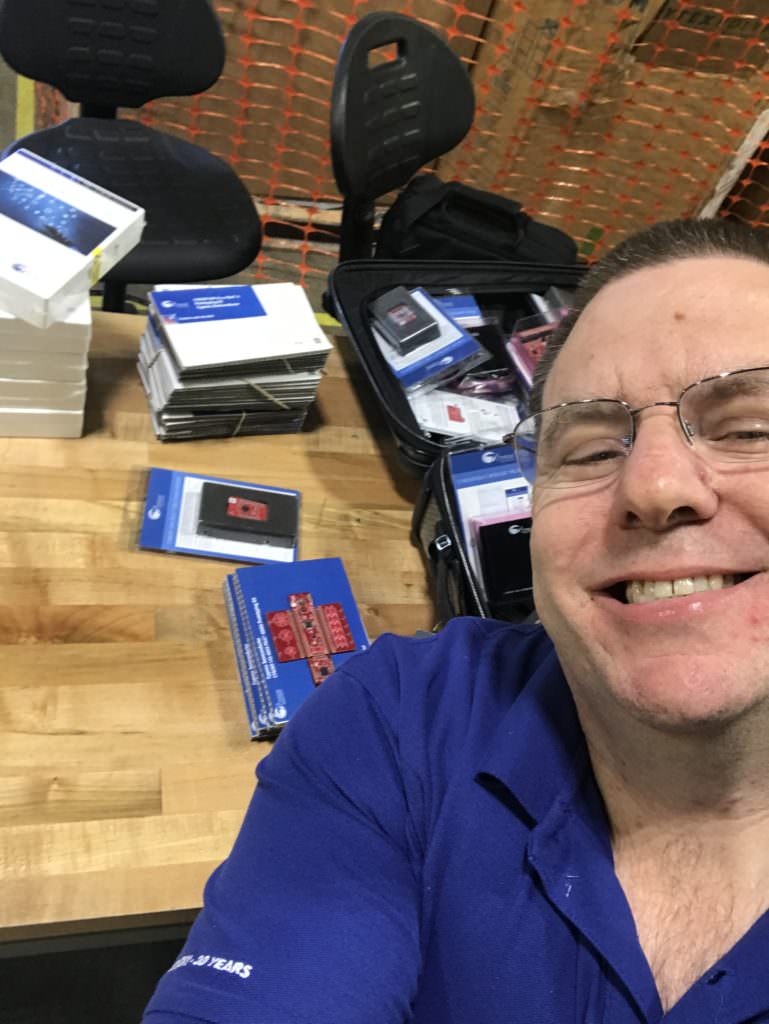 At the table next to us were two guys from OnShape which is a cloud based 3-d drawing application.  It is super cool and free to use for non-comercial applications.  Nicholas is totally into 3-D printing and has been using Tinker CAD, which is cool… and free… but is still mostly a toy.  OnShape on the other hand is a fully featured pro package.  Philip, one of their applications engineers, helped Nicholas get going. 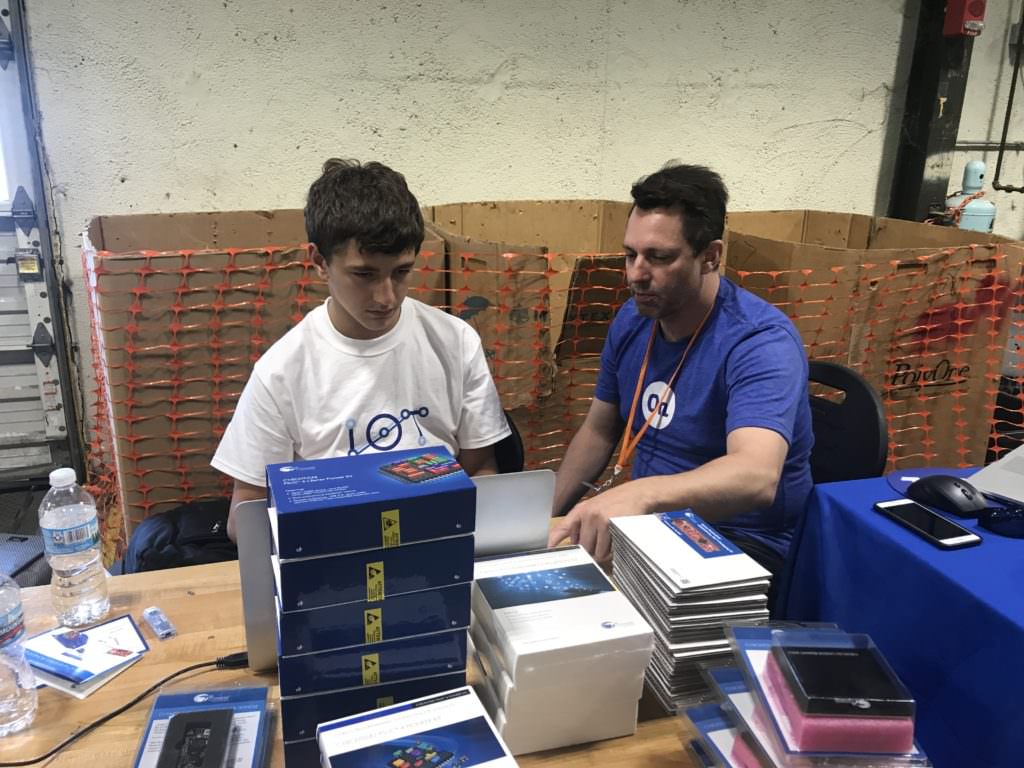 I brought a bunch of different Cypress Development Kits, but what got people really interested was CapSense.  I had three different Capsense kits which fired peoples imagination…. first, the CY8CKIT-145 (which I have written extensively about) has three buttons and a slider… plus LEDs and a Bluetooth module on the back. 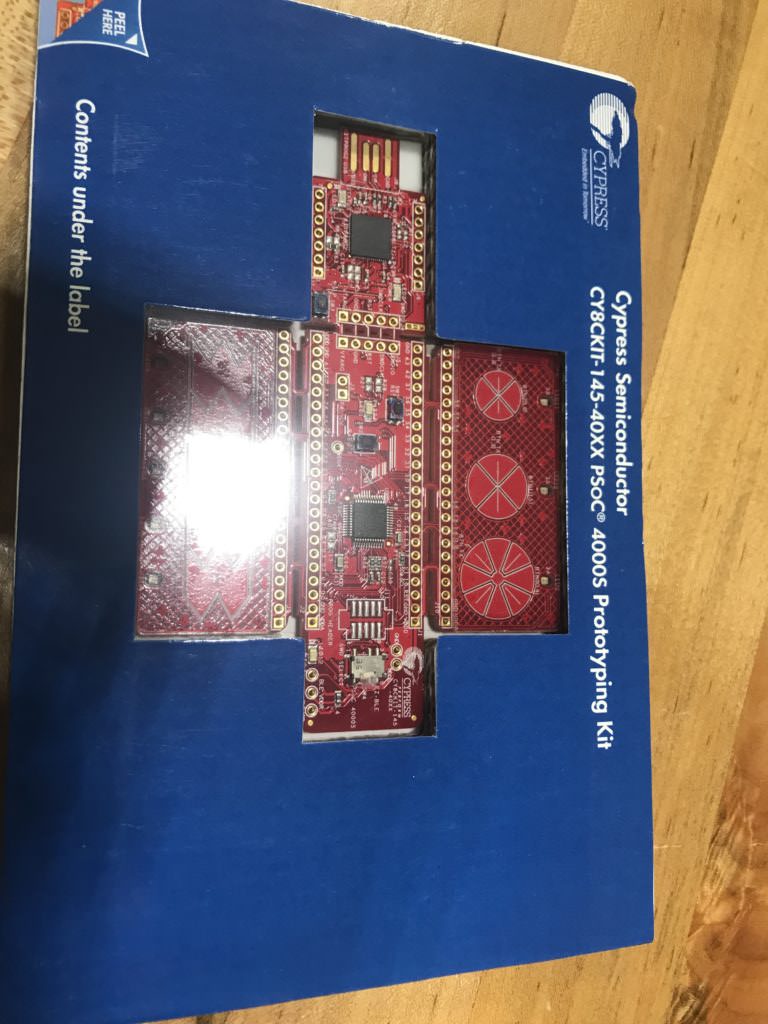 The CY8CKIT-024 Proximity shield which works with most any of the Pioneer kits. 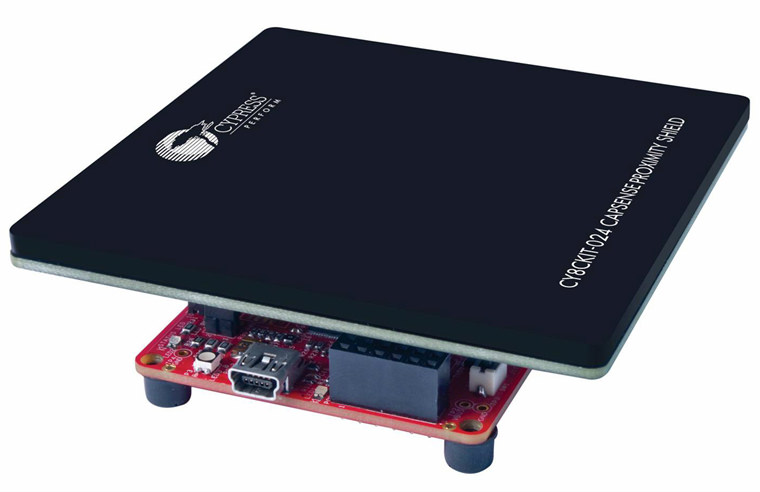 And finally the CY3280 MBR3 development kit.  This has 4 capsene buttons, a buzzer and a proximity loop… in an Arduino shield format factor.  To talk to the shield you use I2C. 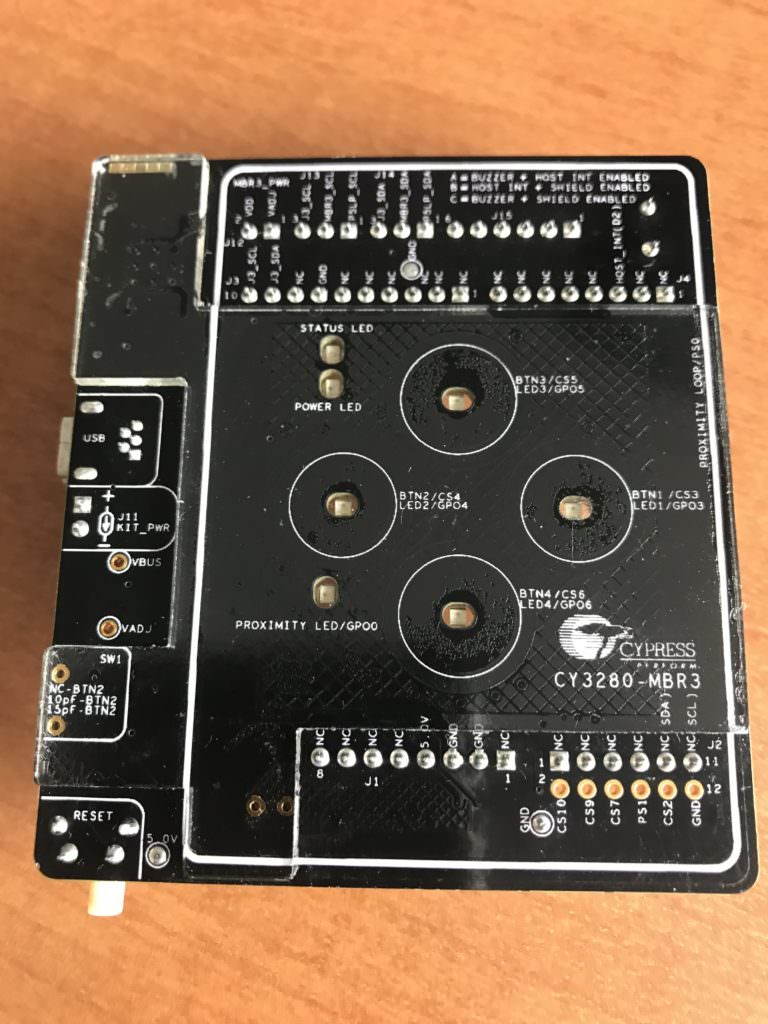 What is really cool is that you don’t have to write firmware as you just configure it with EZ-Click. 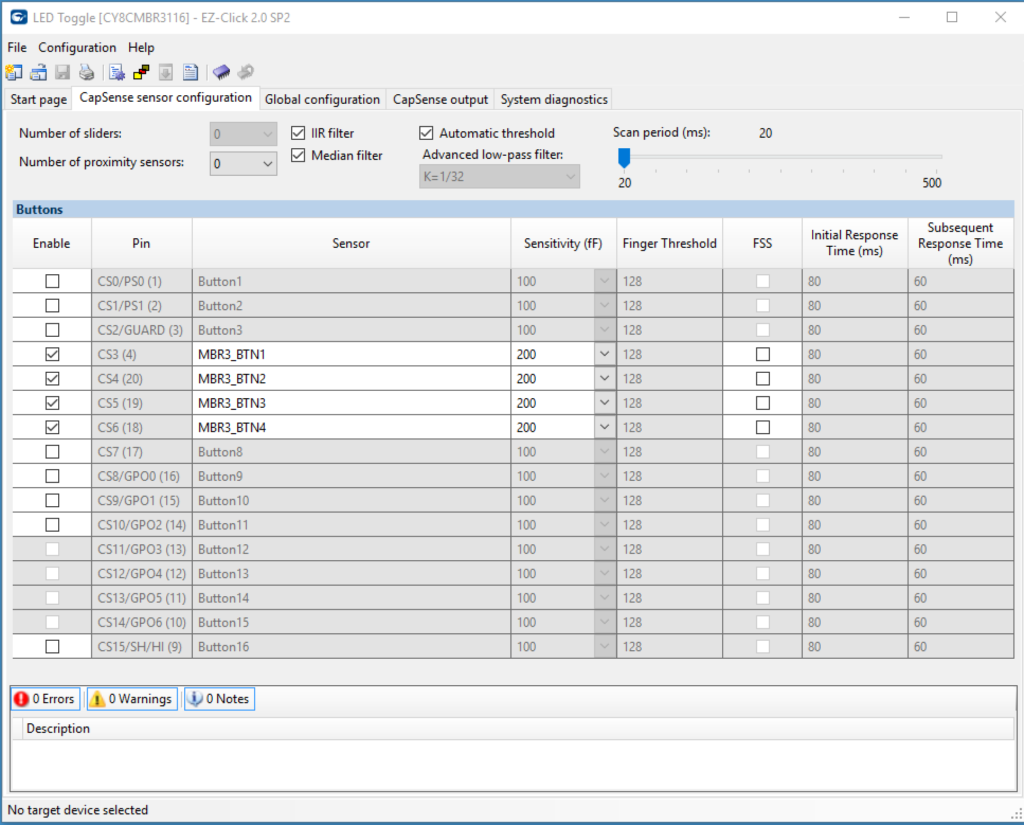 Several people used it, including this guy who was talking to it with a Raspberry Pi. 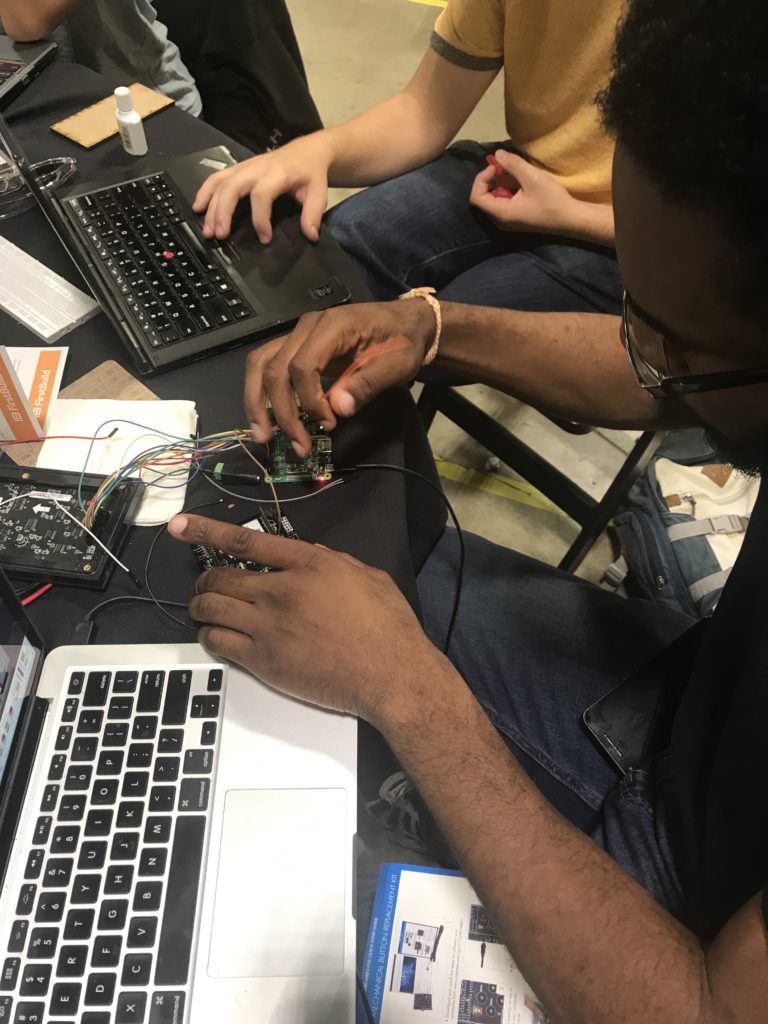 One of the team used a CYW943907AEVAL1F talking to a CY3280 Capsense talking through cloud to a Particle Photon.  I helped them with the firmware, which I will go through in detail in the next article. 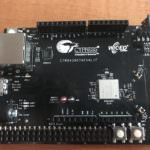