I have written a fair amount about Graphics Displays, using the Segger emWin graphics library and MBED OS.  I have found it irritating to do all of the configuration stuff required to get these kinds of projects going.  I inevitably go back, look at my old articles, find the github repository of my example projects etc.  This week I wanted to write some programs for the new CY8CKIT-062S2-43012 development kit so I thought that I would try all of the Cypress displays using that development kit.  Rather than starting with example projects, this time I decided to build configurable mbedos libraries. In this article I will show you how to build configurable mbed os libraries which will allow you to use the emWin Graphics Library with all of the Cypress display shields. 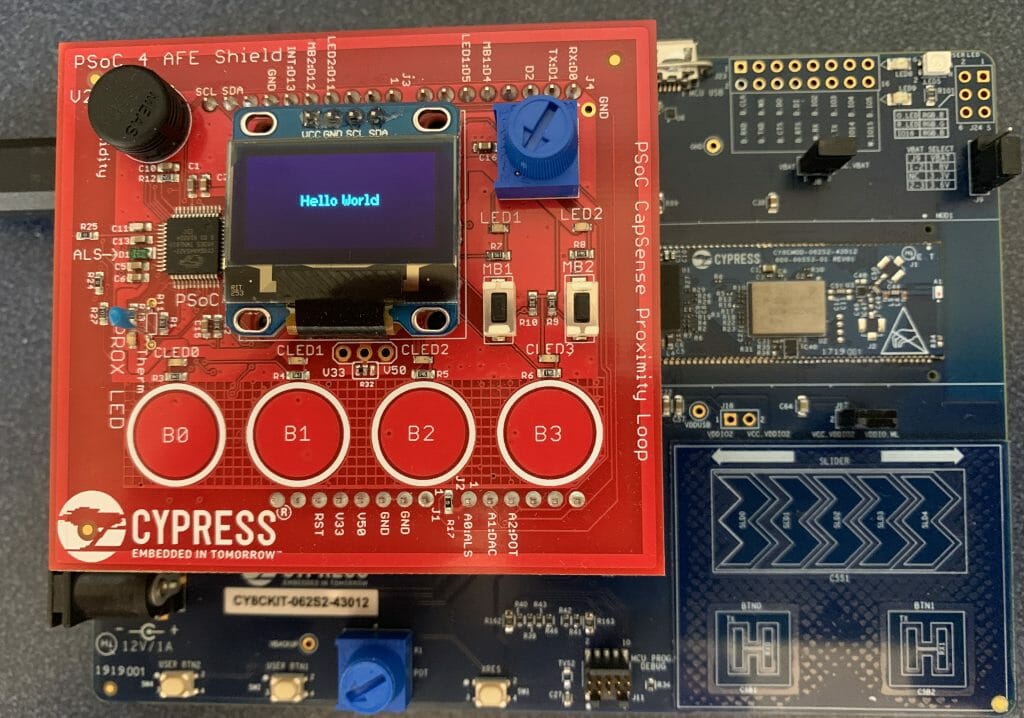 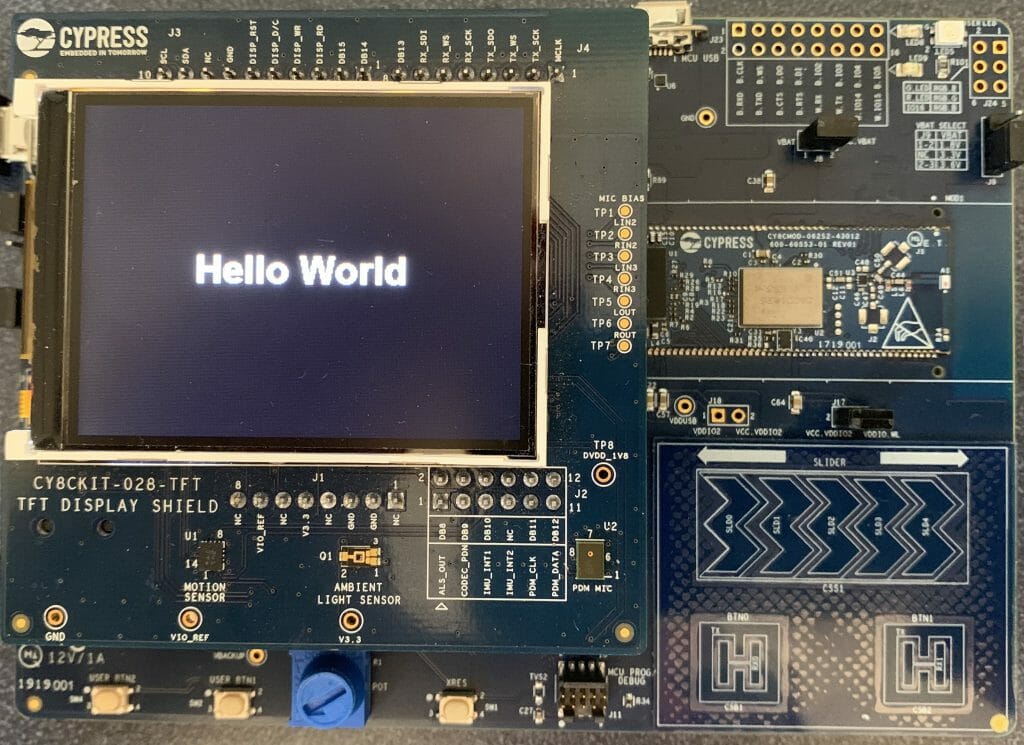 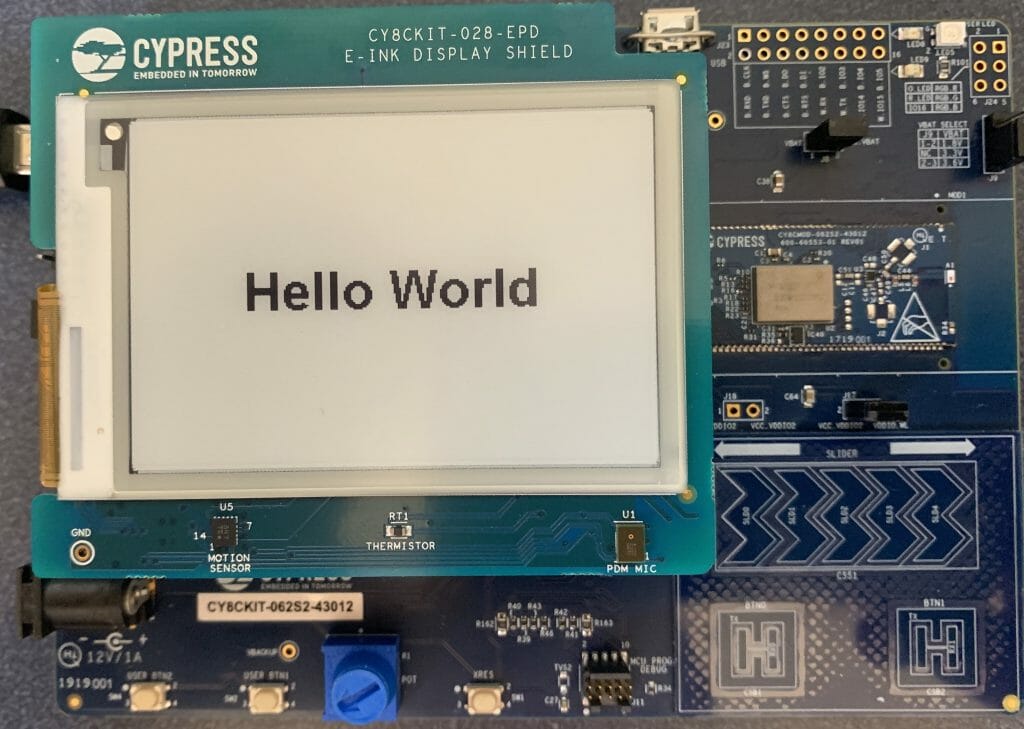 In this article I will walk you through:

The CY8CKIT-032 has a little 0.96″ OLED display that is attached to the Salomon Systech SSD1306 Display Driver.  I have written quite a bit about this little screen as it is cheap and fairly easy to use.  It became even easier when we released the Segger emWin SPAGE display driver.  And with my new library it should be trivial to use and configure for your setup.

You can read in detail about the functionality here but in short:

In general all of this configuration will be the same from project to project to project.  However, you may very will find that you have the display connected to a different set of pins.  I suppose that would put all of these files into some directory.  Then you could copy that directory into your project every time.  Which would leave you with modifying the configuration to meet your specific board connection.  The problem with that is you have now deeply intertwined your project with those files.

MBED OS has given us a really cool alternative.  Specifically the Library and configuration systems.

An MBED OS library is simply a git repository.  Just a directory of source files.  When you run the command “mbed add repository” it does two basic things

Notice that when I “ls’d” the directory that all of file required to confiugure emWin for the SSD1306 became part of my project.  And the file mbed-os-emwin-ssd1306.lib was created with the URL of the github repository.

When you run “mbed compile” the build system just searches that directory for cpp and h files turns them into .0’s and add them to the the BUILD directory.  However, before it compiles it run the configuration system.

The configuration system takes the file “mbed_lib.json” parses it and turns it into a C-header file called mbed_config.h.  The format of this file is

This header file is then placed into the BUILD directory of your project and is included as part of #include “mbed.h” 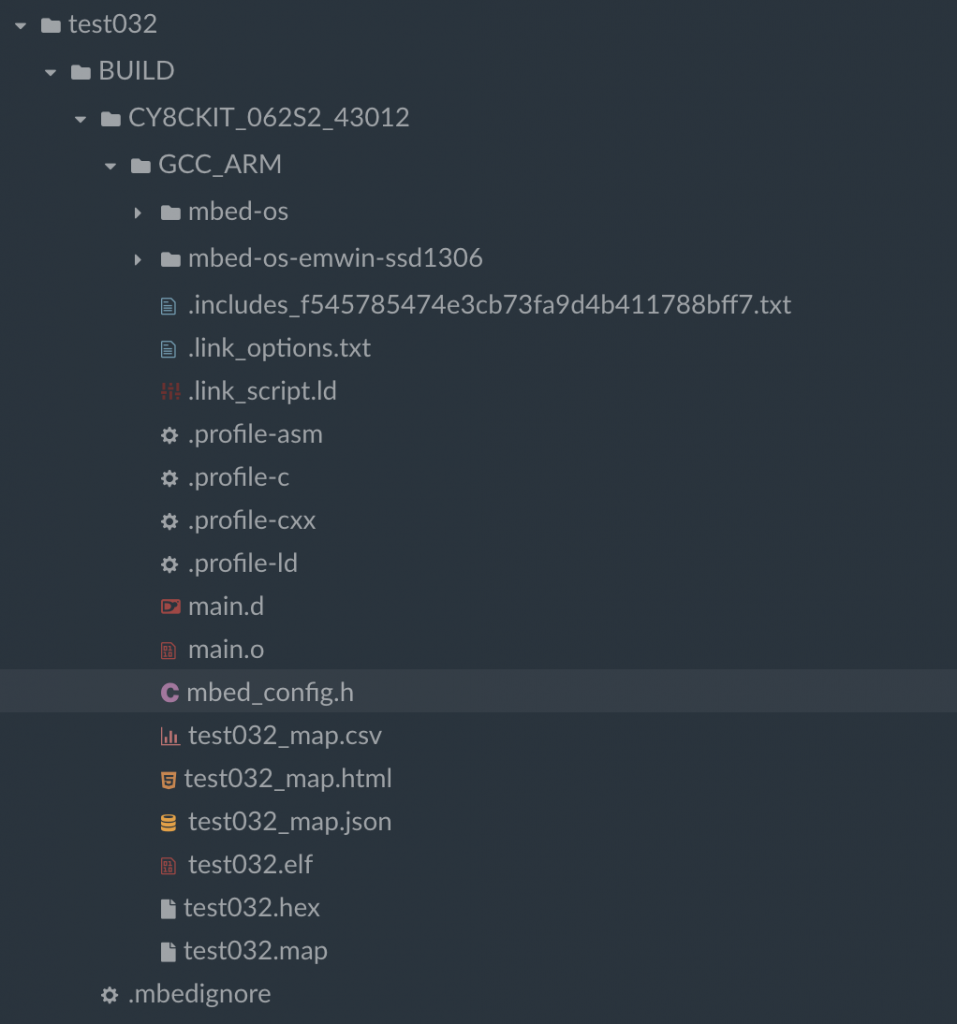 If you open mbed_config.h you will find that it creates #defines of the component parameters

This is really nice because I can then reference those #defines in my source code.

When you are building the library you can create an arbitrary number of these parameters which are then applied to all of the uses of that library.  Or if there is some reason why one target is different you can specify the parameters for that specific target by changing the mbed_lib.json.  For instance if the CY8CKIT_062S2_43012 need a 100K I2C frequency instead of 400K (it doesn’t), you could do this:

The application developer is also allowed to over-ride the parameter by providing the target overrides in the MBED OS file “mbed_app.json”.  Notice that the way you specify the parameter name is different in this file than the mbed_lib.json.  In this case you give it the name of the library.parametername.  Here is an example setting the I2CFrequency to 100K

Which would result in a change to the generated #define in mbed_config.h

I use the configuration system to generate #defines for the

Which lets my use those #defines in ssd1306.cpp

Lets make an example project that uses the CY8CKIT_062S2_43012 and the CY8CKIT032 using the Segger graphics library and my configuration library.

Start by make a new project, adding the emWin library and the configuration library.  It should look something like this

Now edit the mbed_app.json to add the emWin library

Create the main.cpp which simply initializes the display and displays “hello world”

When you compile it with 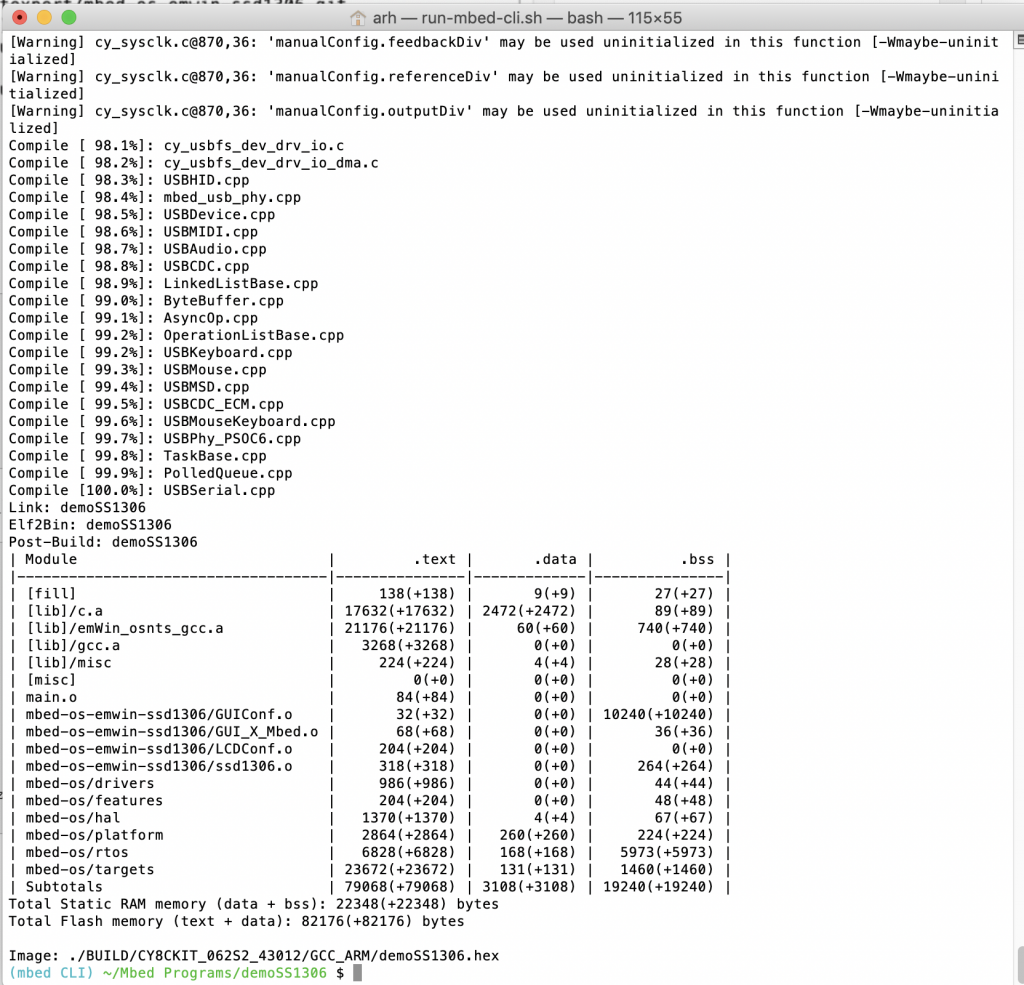 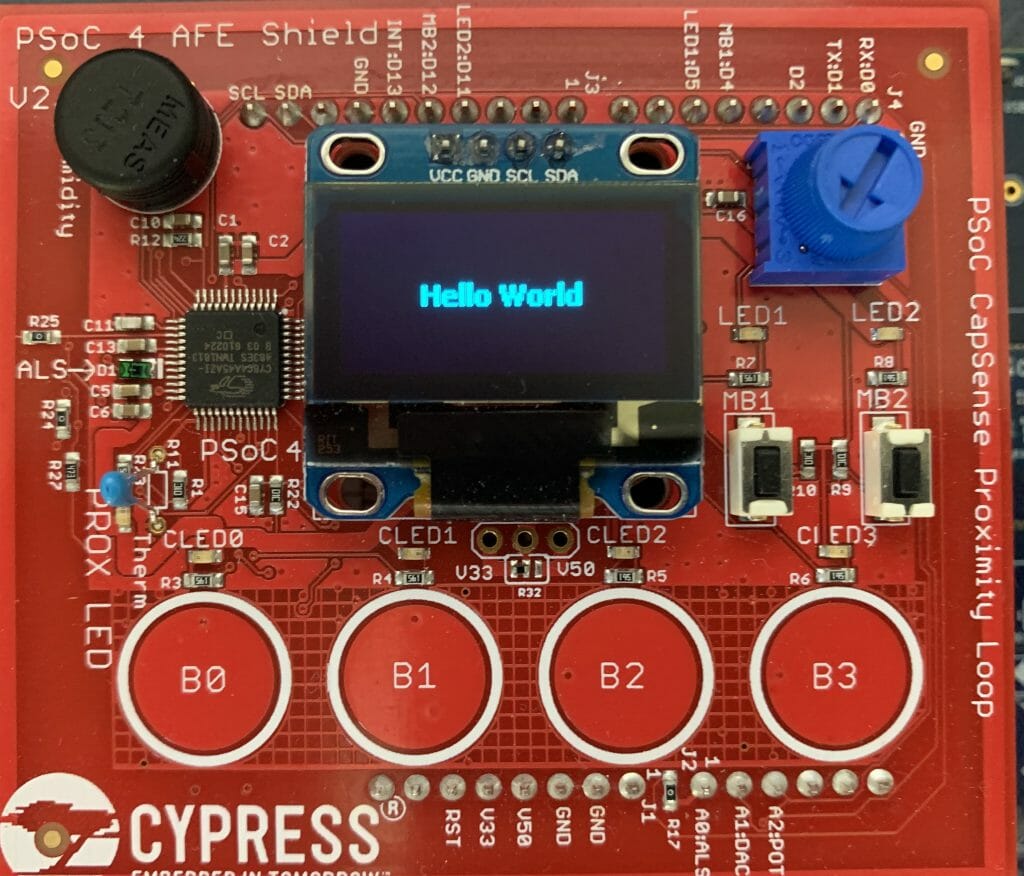 Finally I created libraries for all of the Cypress displays.  You can use these to make your project easier to get going.