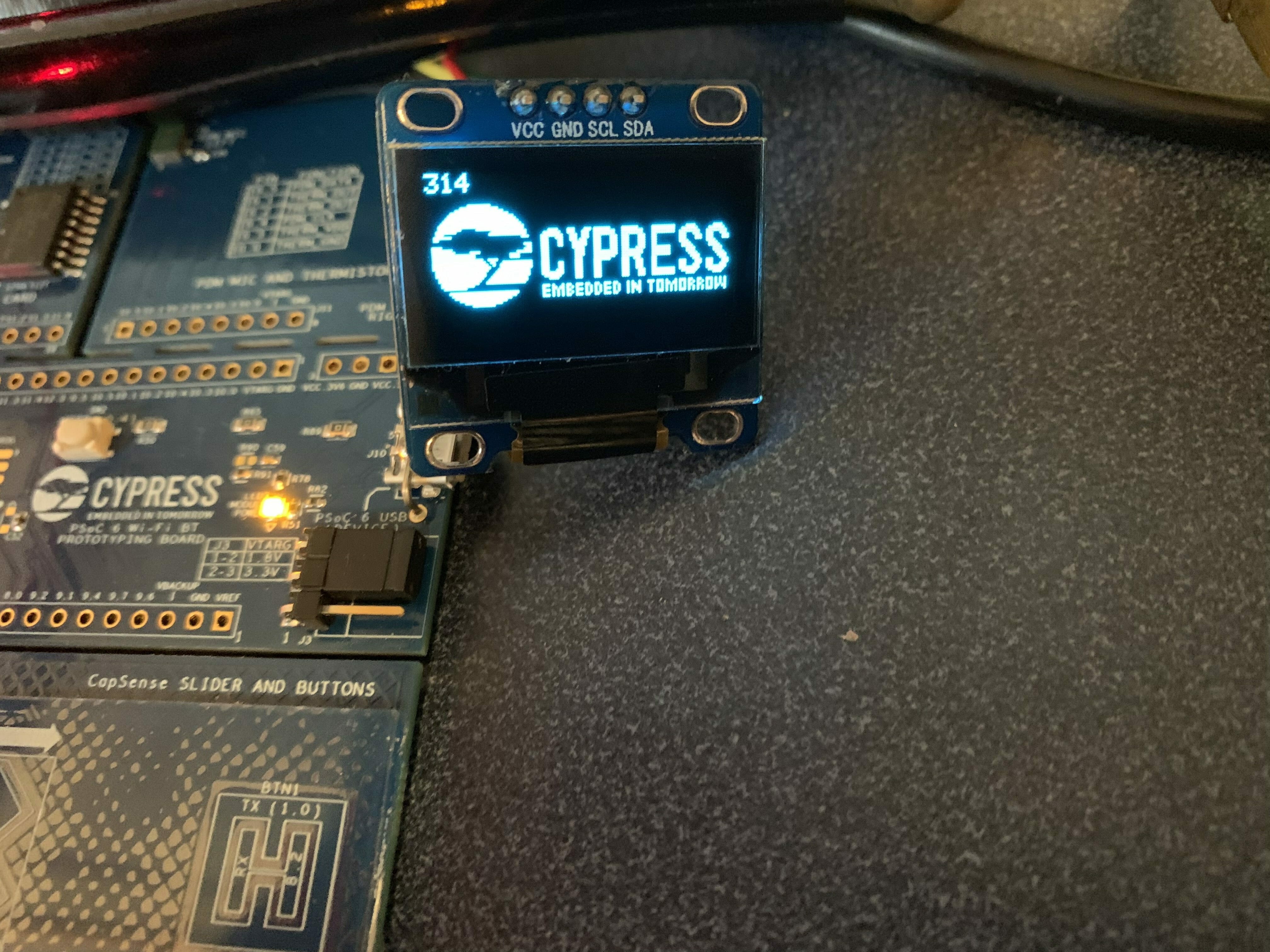 As I wrote about in the last article I have been working to get ready for Embedded World 2019 in a week and a bit.  For my demo, I will be handing out remote controls that have a 128×64 monochrome OLED display that is driven by an I2C SSD1306.  This whole board is controlled by a PSoC 6 & a 4343W WiFi / Bluetooth Combo.

This morning I started to port the U8G2 library to MBEDOS… but ran into some problems, so I i decided to see what ports were already out there.  I immediately found a port of the Adafruit_GFX library.  This article talks about using it on my CY8CPROTO_062_4343W board.  As part of this journey I also wanted to be able to draw the Cypress logo on the screen… so I had to figure out how to create a logo in a format that could be drawn on the screen.

The first step to get everything going by running 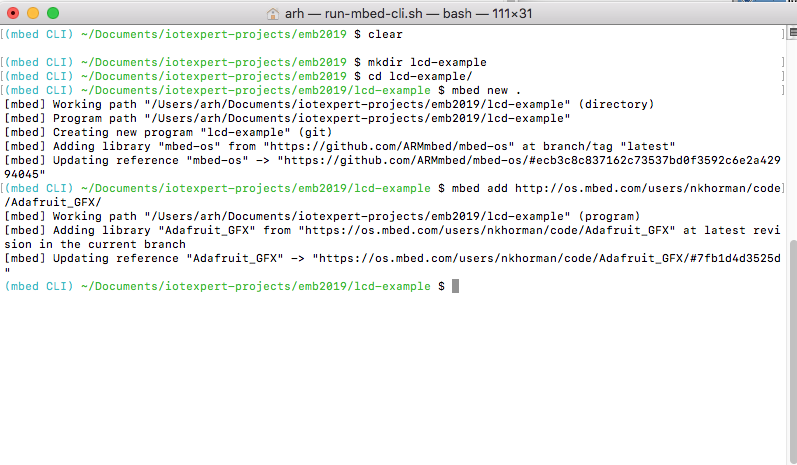 When you select that option you will get a window that tells you the exact command to run.

I have been using Atom as an editor (and sort of IDE).  When you open the lcd-example directory using Atom you will see your project including 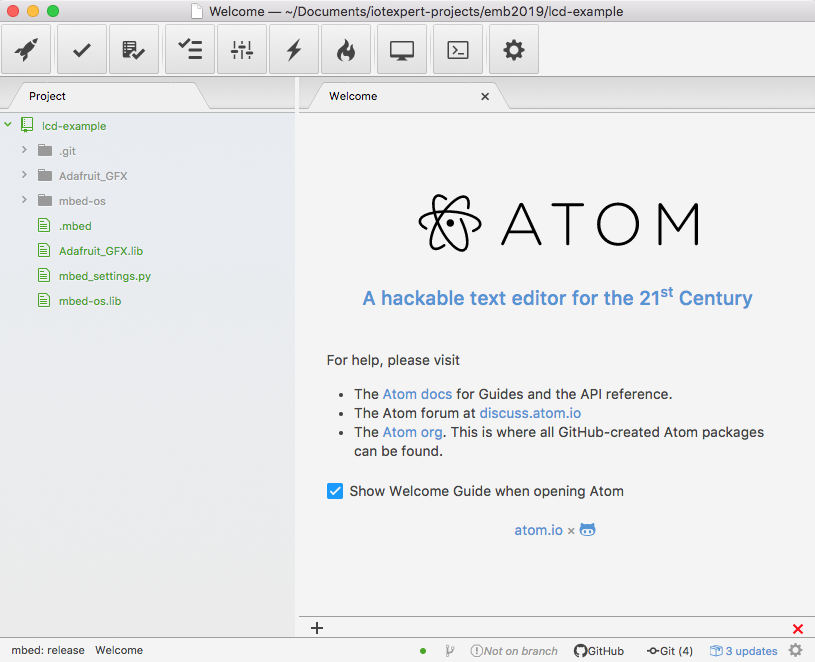 Create a main.cpp, configure the library and test

The next step is to create a main.cpp. 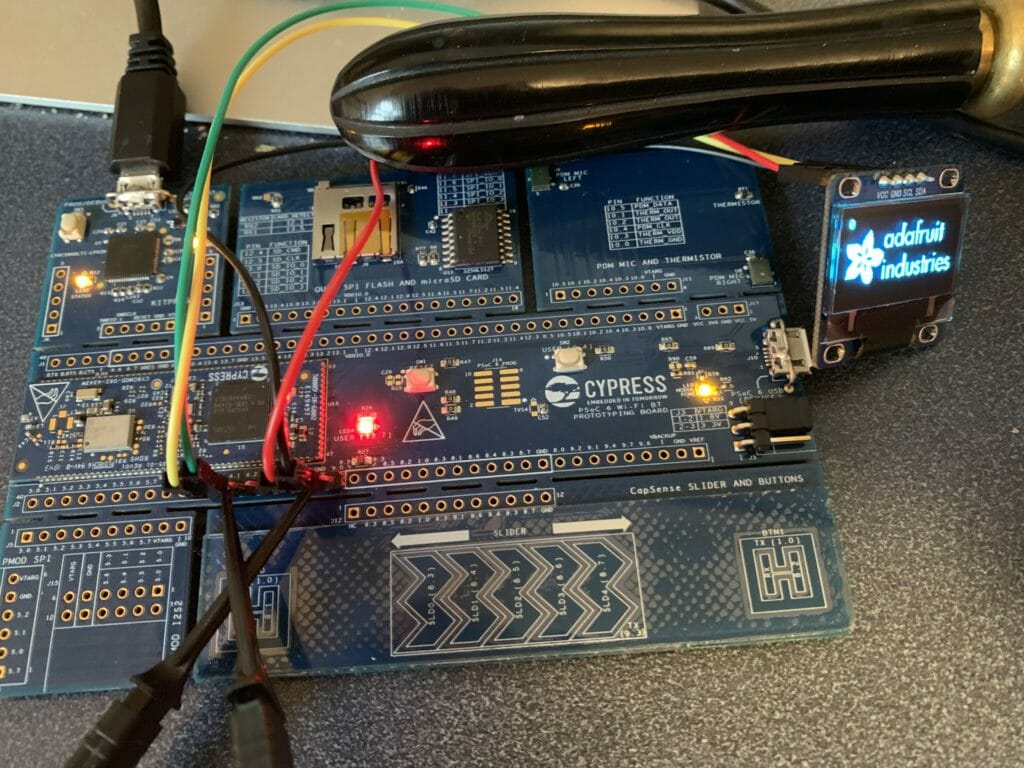 There are several things to notice about this picture.  First, there is an Adafruit logo on the screen.  Where did this come from?  Simple on line 152 of Adafruit_ssd1306.cpp there is a function called “splash” which is called by the constructor.  The spash function just copies a bitmap into the frame buffer of the Adafruit_SSD1306 object.

And if you don’t want to have this splash screen you can uncomment the #define NO_SPLASH_ADAFRUIT in the file “Adafruit_GFC_Config.h”

The next thing to notice in the picture is that I have lead wires attached to the LCD pins… and those wires are attached to a logic analyzer because I typed the I2C incorrectly and I couldn’t figure out why they didn’t talk.  And finally notice my grandfathers magnifying glass which I use every day. 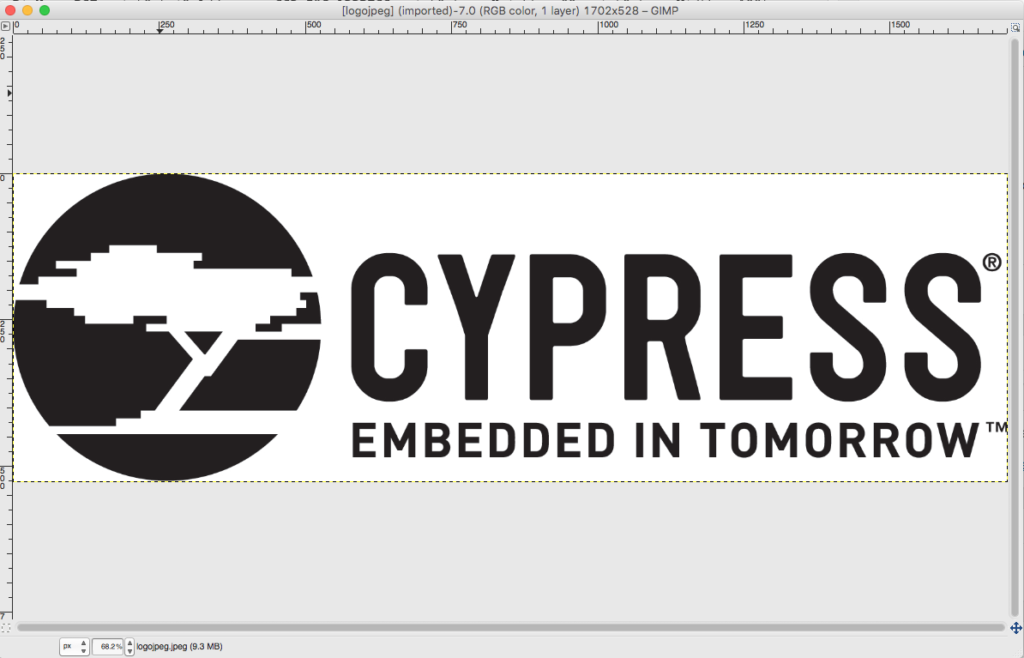 Then selected “black and white palette” 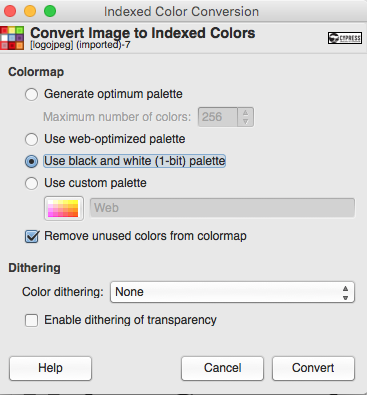 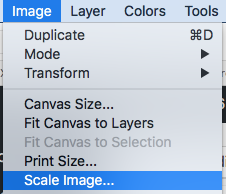 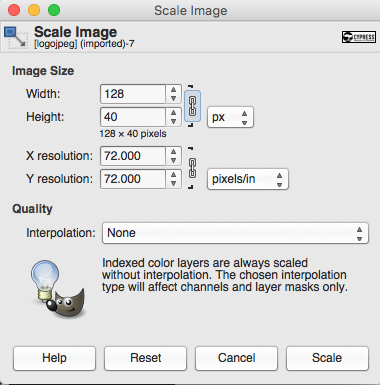 Unfortunately it made a bit of a mess of the logo during the scaling process… so I put my son to editing it. 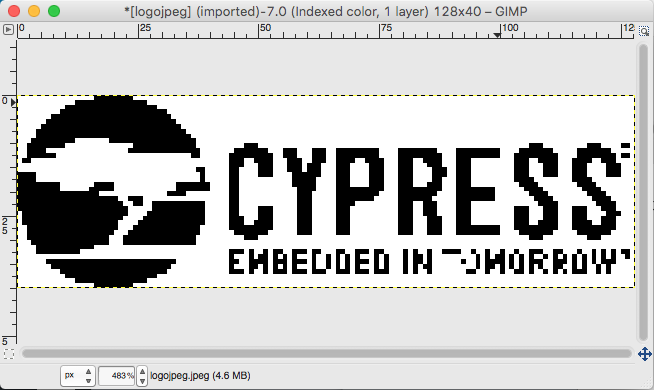 Which looks like this after he was done.  Pretty good eh? 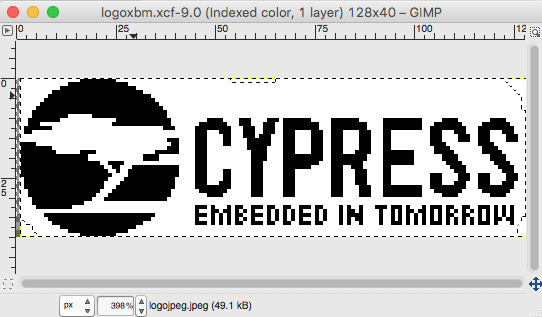 In order to use the image you need a “C program” version of it.  It turns out that there is a format called “X11” or “xbm” which is exactly that (a c-file).  You can read about the format on this website.  To get one of these files, just run “File->Export As” 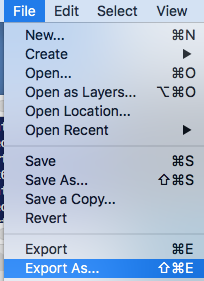 Then give it a name with a “.xbm” on the end 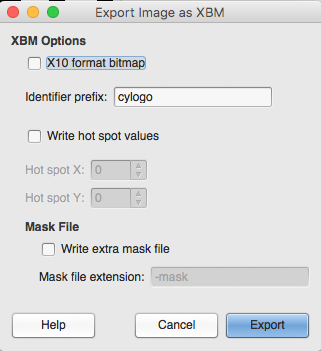 When all that is said and done you will find the xbm file with goodness in it.  Here is the top of it.

The format of this file is unsigned 8-bit integers… each bit represents the bit of one pixel… in BIG ENDIAN!!!! format.  In other words this table will be 128×40/8 bytes long.

But how do we use this format?  Well, write a new function in the Adafruit library to draw X11 bitmaps.

First add the new function name to the class on line 168 of “Adafruit_GFX.h”

Then add the code.

This may not be the most beautiful code in the world… which I suppose makes it fit right in with some of the other stuff in this driver.  Oh well it works.

When you program this… everything seems to be good. 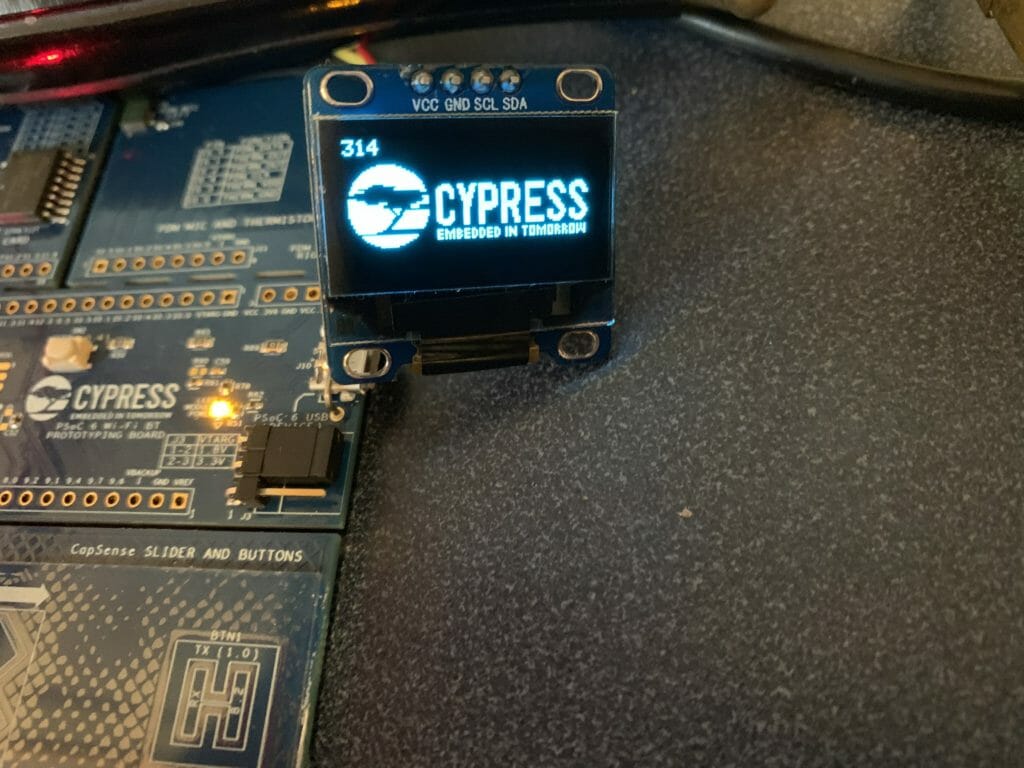 By the way if it isn’t clear by now, I did a solder in a male header onto the board so that I could attach the I2C wires for the display. 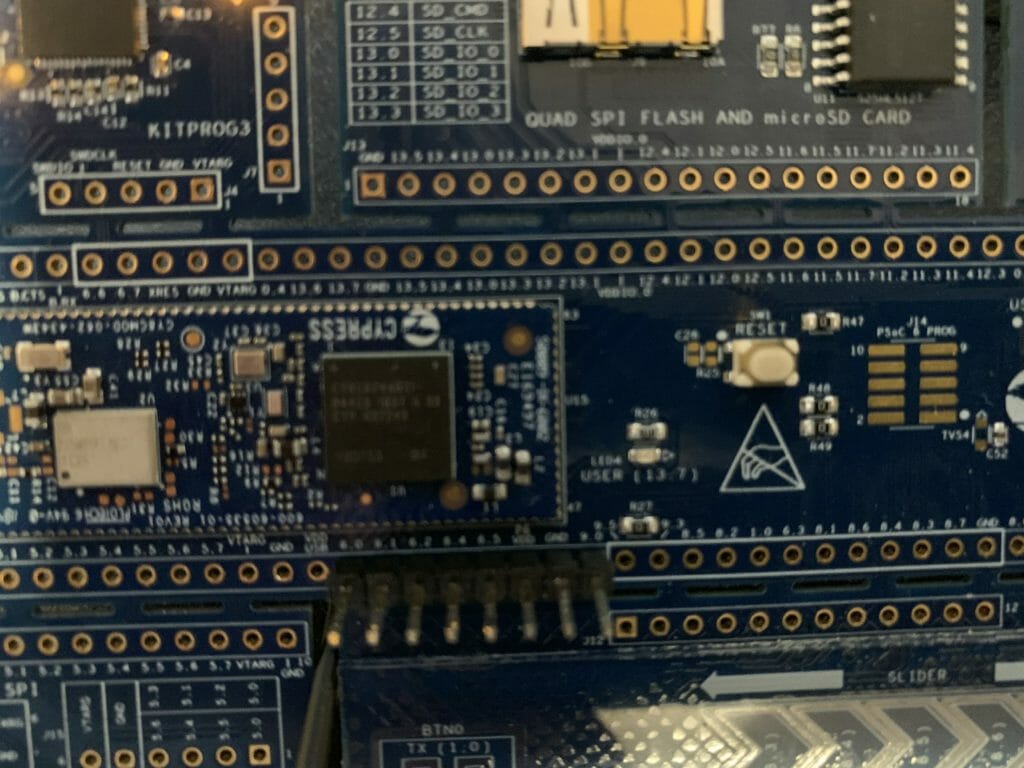