A discussion of overriding __new__ and __init__ to simplify the creation Python cstruct.Structure objects.

Here is a simple example of a 2-byte structure using the ctypes.BigEndianStructure class.

In this example I:

When I run this you can see that indeed I get 0xABCD as the result.  Several comments about this:

You can also create a new structure by calling the class method “from_buffer_copy” with parameter of bytes type.

When you run this, you get the same result.

What I was really hoping to be able to do is create a new structure from an array of bytes like this:

And for some reason this took me a really long time to figure out.  You probably say to yourself, “Im not surprised it took him so long to figure out.  He is programming in Python so he probably isn’t very smart anyway”

While working to understand, I ran into the article “A better way to work with raw data types in Python” which I found interesting.  Here is a screen shot of a bit of the code. 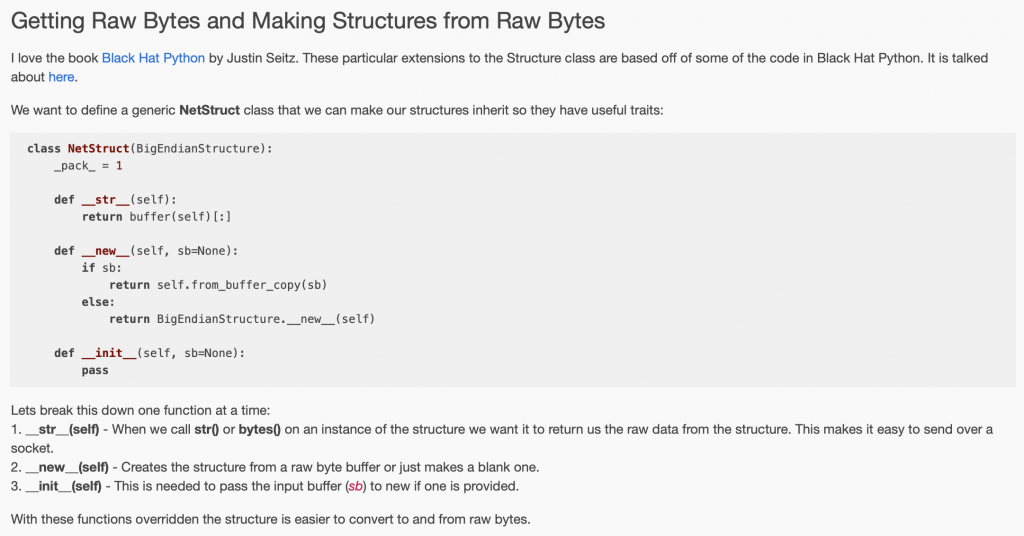 OK.  So lets add the dunder init and dunder new methods to my class.

Now when I run it, things are good.

So, why do I need the dunder init that doesn’t actually do anything? Presumably if I was a real python programmer I would have already known the answer.  But I’m not, so I didn’t.

The first question I had is what does the Python keyword “pass” do?  The answer is nothing.  It is a nop or void if you prefer and is there just to make the program legal as a function has to have some function.

Then onto the Python documentation where I found that if you have an __new__ method that returns an object of the subtype Python will automatically call the __init__ function. 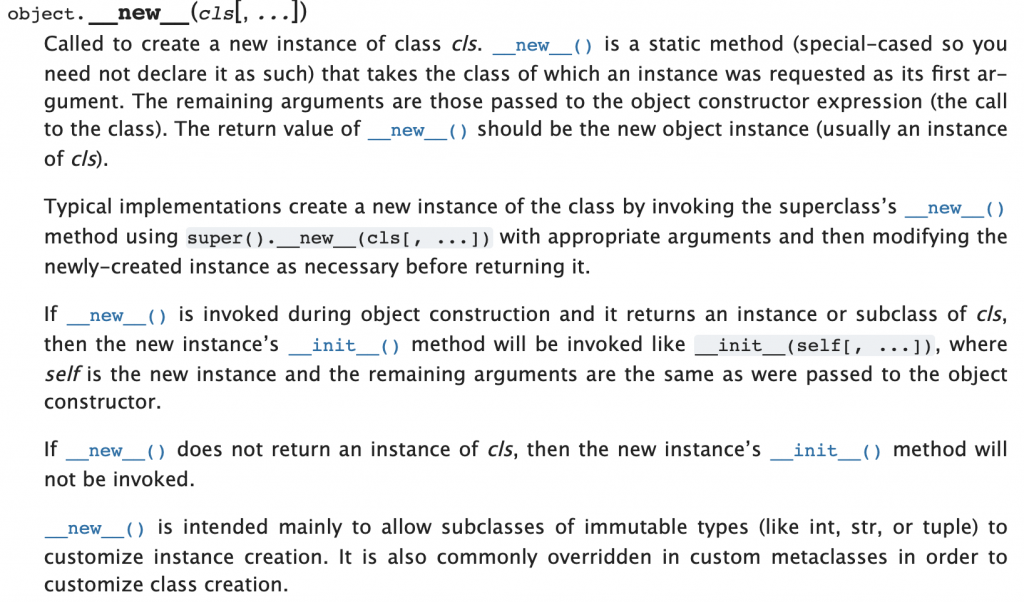 The other interesting function that the author added was added was:

This function actually crashes because there is no member called “buffer”.  I am not sure if the cause is: