This article shows you how to create a Python program that creates a Visual Studio Code c_cpp_properties.json which will enable intellisense when editing Linux Kernel Modules for Device Drivers. 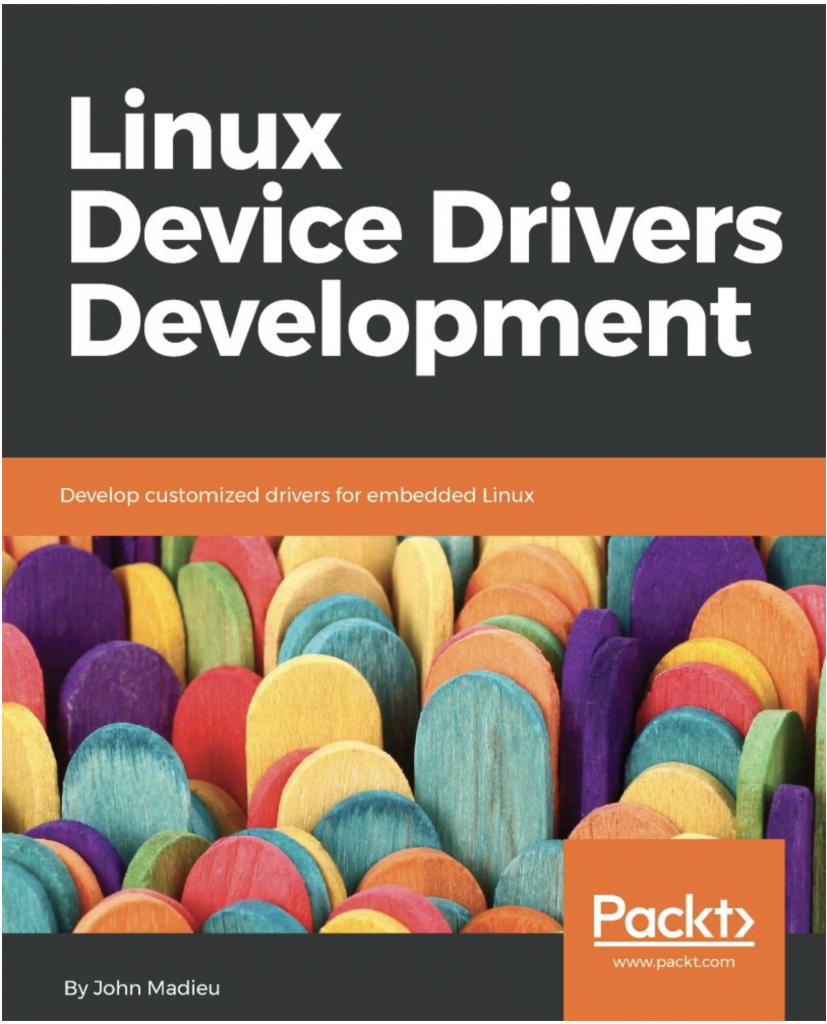 And, when you try to click on the “KERN_INFO” symboled you get this nice message. 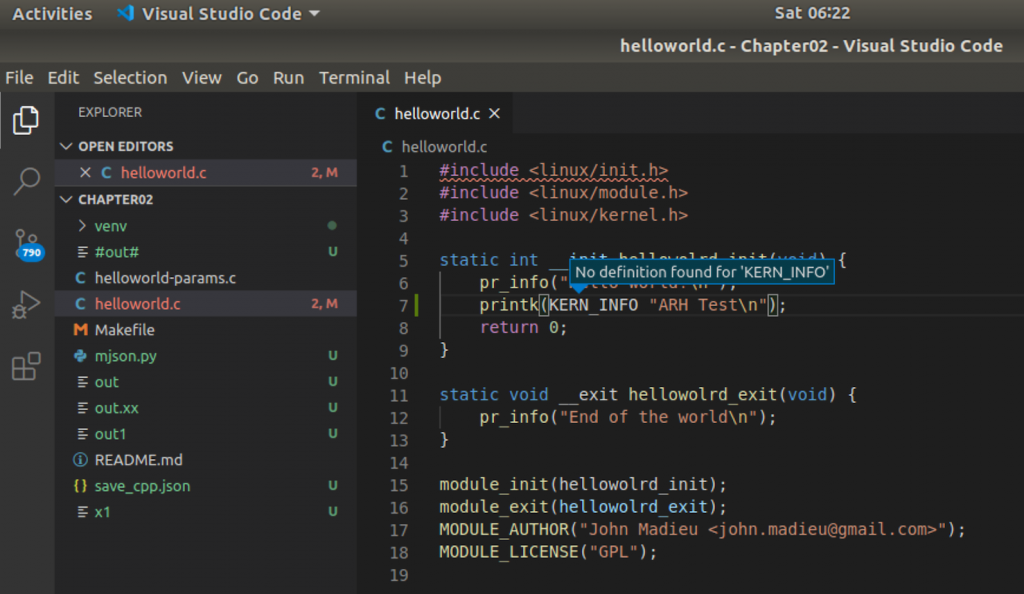 In order to fix this you need to setup the “c_cpp_propertiese.json” to tell Visual Studio Code how to make intellisense work correctly. But, what is c_cpp_properties.json?

On the Visual Studio Code website they give you a nice description of the schema.  Here is a screenshot from their website. 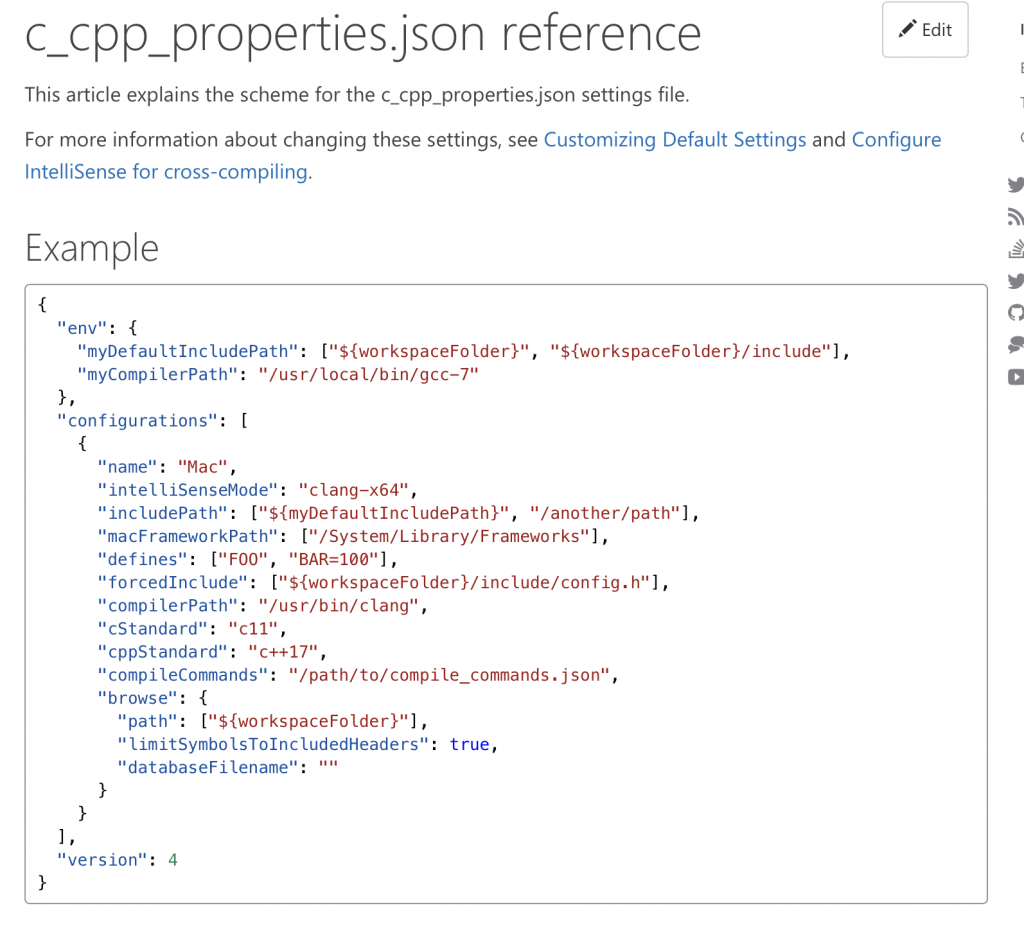 The “stuff” that seems to matter from this list is the “includePath” which tells intellisense the #includes and #defines.  OK.  How do I figure out where to find all of the files and paths for that?

When you look at the Makefile it doesn’t appear to help very much.  I don’t know about you guys, but I actually dislike “Make” way more than I dislike Python :-).  What the hell is this Makefile telling you to do?

On line 3 the Makefile creates a variable called “KERNELDIR” and sets the value to the result of the shell command “uname -r” plus “/lib/modules” at the first and “/build” at the end.  If I run the command “uname -r” on my system I get “4.15.0-99-generic”

Then on line 9 it calls make with a “-C” option

Which tells Make to “change directory”

OK when I look in that directory I see a bunch of stuff.  Most importantly a Makefile.

When I look in that Makefile I start to sweat because it is pages and pages of Make incantations.  Now what?

All hope is not lost.  I turns out that you can have make do a “dry run” which will tell you what are the commands that it is going to execute.  Here is part of the output for the Chapter02 example.  Unfortunately, that is some ugly ugly stuff right there.  What am I going to do with that? 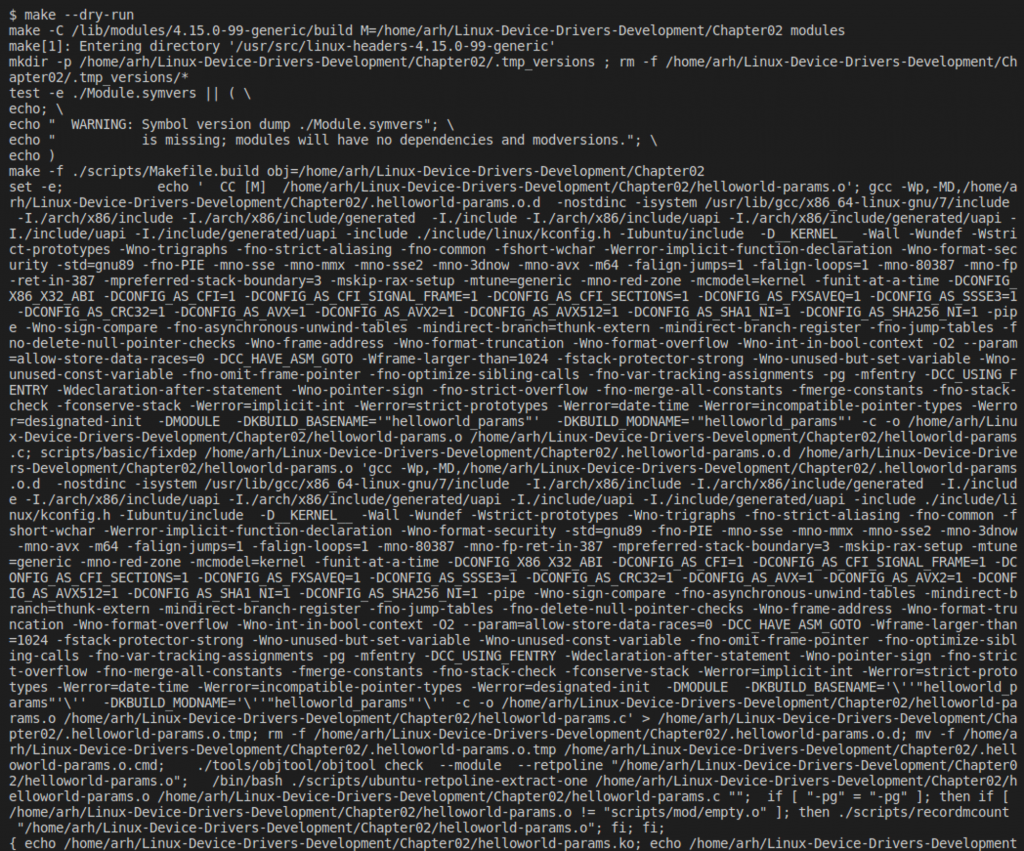 The answer is that I am going to do something evil – really evil.  Which you already knew since this is an article about Python and Make you knew coming in that it was going to be evil.  If you notice above there is a line that contains “…. CC [M] …”  That is one of the lines where the compiler is actually being called.  And you might notice that on the command line there are an absolute boatload of “-I” which is the gcc compiler option to add an include path.

What we are going to do here is write a Python program that does this:

I completely understand that this program is far far from a robust production worthy program.  But, as it is written in Python, you should not be too surprised.

The next thing to do is declare some global variables.  The first three are Python Sets to hold one copy each of the includes, defines, other options and double dash options.  The Python Set class allows you to add objects to a set that are guaranteed to be unique (if you attempt to add a duplicate it will be dropped)

The next block of code is a function that:

Obviously this method is deeply hardcoded the output of this version of make on this operating system… but if you are developing Linux Device Drivers you are probably running Linux… so hopefully it is OK.

The next block of code runs two Linux commands (uname and make –dryrun)  and puts the output into a string.  On line 51 I split the make output into a list of strings one per line.

In the next block of code I iterate through the makefile output looking for lines that have the “CC” in them.  I try to protect myself by requiring that the CC have white space before and after.  Notice one line 56 that I use a regular expression to look for the “CC”.

The last block of code actually create the JSON and writes it to the output file c_cpp_properties.json.

Thats it.  You can then: 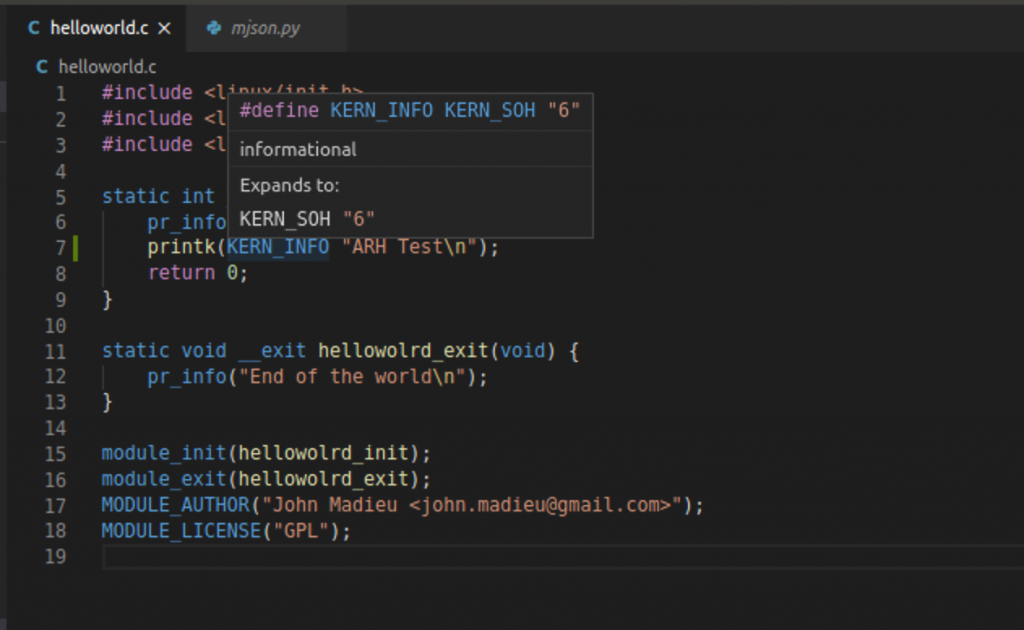 I will say that I am not a fan of having the compiler automatically concatenate two strings, but given that this article is written about a Python program who am I to judge?

What could go wrong?

There are quite a few things that could go wrong with this program.

All of these things could be fixed, or at least somewhat mitigated.  But I already spent more time down this rabbit hole that I really wanted.