Sometimes when you are building an IoT system it is very convenient to have a command line interface.  This enables you to use the keyboard to run functions inside of your program.  I often implement a really simple command processor that looks like this:

I generally do this because it is really simple and doesn’t require much work and is easily typed and doesn’t require a parser.  However, this implementation is not very rich as it doesn’t deal with more interesting commands, like ones with arguments.  This weekend while I was looking around I found the Natural Tiny Shell an open source project by Shinichiro Nakamura.  I thought that it was pretty cool, so I ported it to PSoC and MBED OS.  And, after using it a bit I decided to turn it into an MBED OS library so that it was easy to import into new projects.

This article has the following parts

A Survey of the NT Shell Code

On the NTShell website there is a picture of the architecture of the code.   This picture is trying to show several things

He also provides a call graph of the functions.  You can see from this graph that you are responsible only for providing 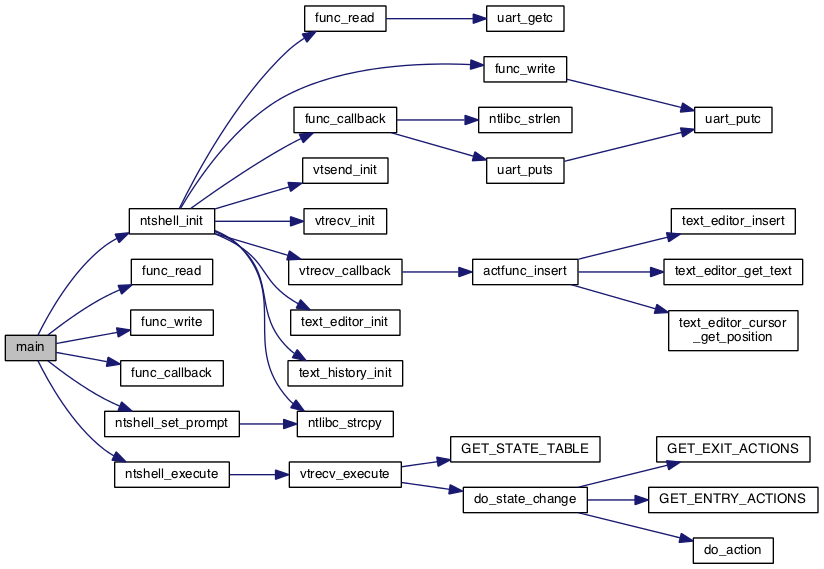 I wanted to create a github library that I could mbed add.  So, I started by downloading the source code from the CuBeatSystems ntshell download site. I ended up with a tar file which needed to be expanded. Once done you will have 3 basic directories: 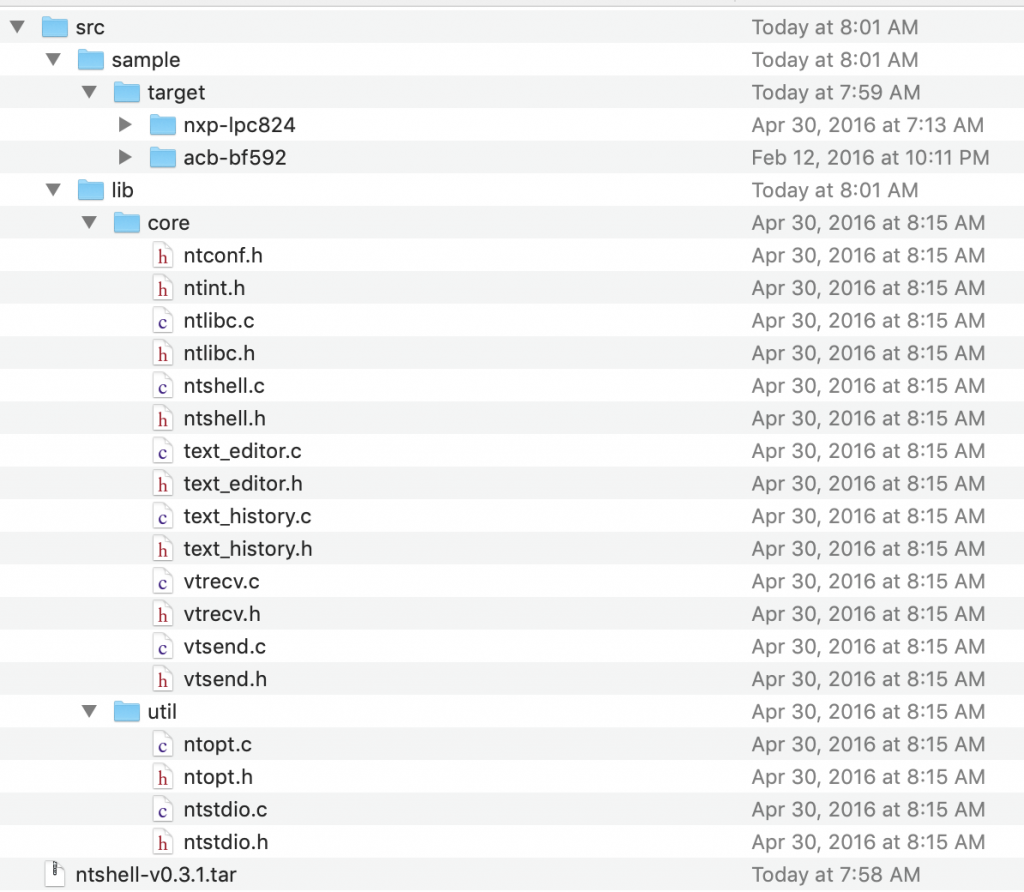 As I described earlier you need the porting function func_read, func_write and the nutshell callback  to make the shell work.  These function reside in mbed-os-ntshell/mbed/util/mbed_port.h/c  The read function just uses the mbed stdio command “getchar” to read the correct number of characters.  And the ntshell_write uses the “putchar” to go the other way.

The callback function simply called into the user command module (which I provided a template for) with the command that was run by the user.

After I took these step I created a github site to hold it all.  You can use: 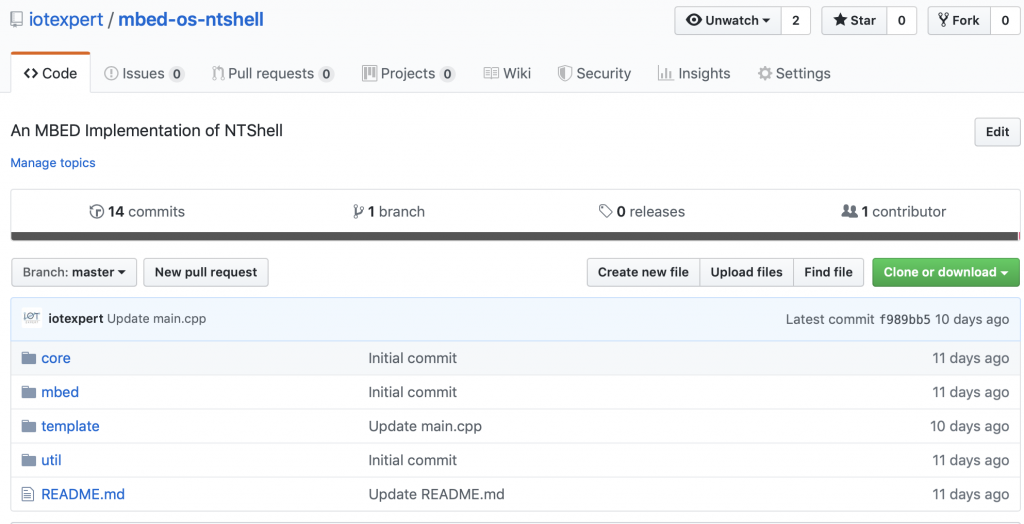 Using the NT Shell Library and Template in your Project:

The steps to use the NT Shell Library are:

2. Add the NT Shell Library to your project:

3. Copy the template files into your project

Inside of the library there is a directory called template.  This directory has the following files: 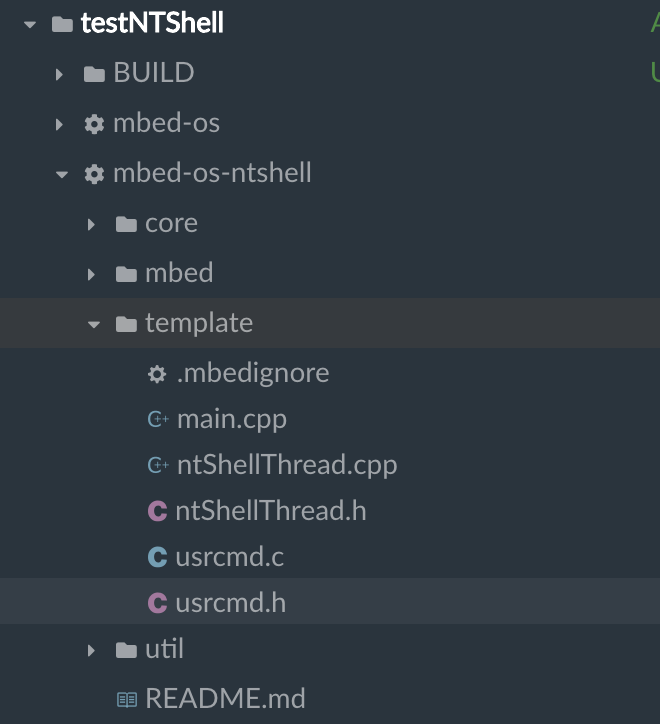 I want to use all of these files to kickstart my project.  So I run:

4. Use main.cpp to start the ntShellThread

One of the files in the template directory was a main.cpp.  This program does two things

Add new commands to the shell

I also provide you template files for the user commands in the directory mbed-os-ntshell/template/usrcmd.h&c.  To add your own commands you need to:

Finally your command function will look like this command which just prints out the commands.