This is a programming class.  So let’s take a closer look at the Light Dimmable Project.  It is not very hard.  The project is broken up into three main files

We will dig through these files one at a time.

This file is the public API for controlling the LED.  There are two functions, the first “led_control_init” which must setup the hardware for the LED.  And a function to set the brightness level.  OK that is simple enough.

The two functions in this file are led_control_init which just sets up a PWM to control the LED.  We are using the CYW20819A1.  The wiced_had_gpio_select_function just tells the pin to connect the pin mux to PWM0. 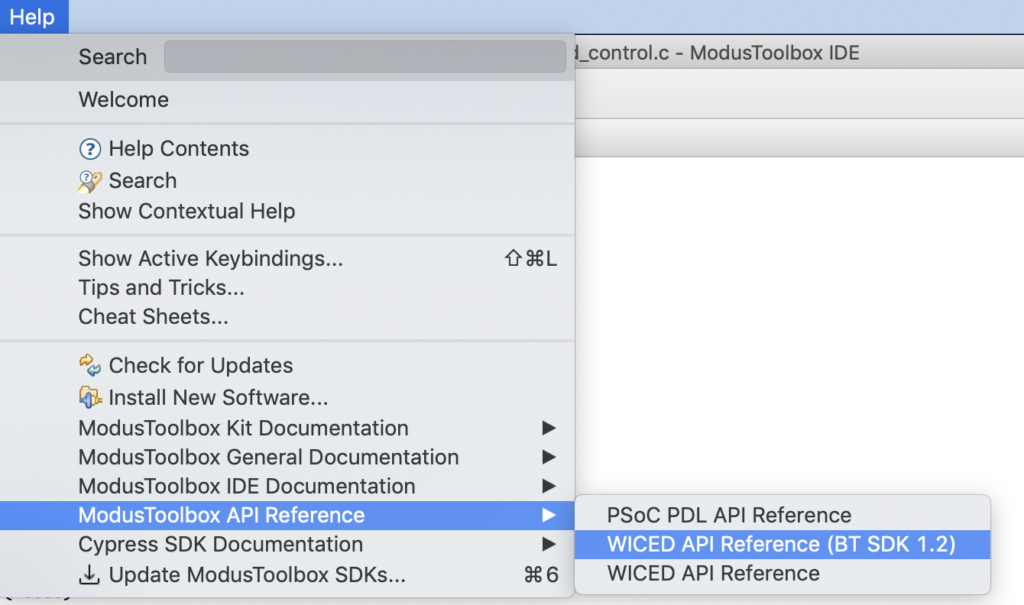 I look down through the documentation until I find the wiced_hal_gpio_select_function 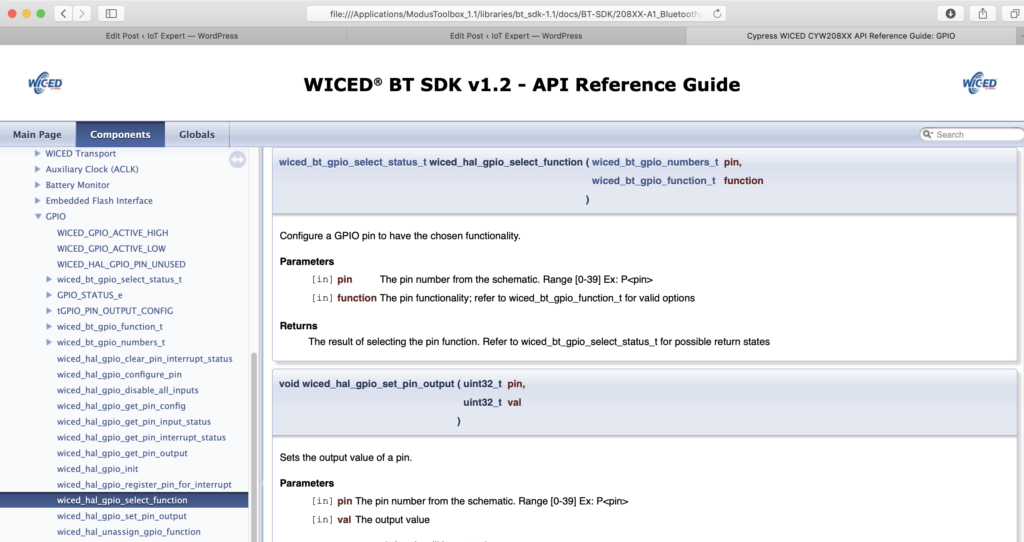 The led_control_set_brighness_level takes an input level from 0-100 and picks out the right PWM duty cycle.

There are 6 sections of the Bluetooth Mesh User Application firmware.

This project will have one element, which holds three models including a property server (which has one property)

This configuration structure is read by the Bluetooth Mesh stack automatically.  It just tells the stack how to behave.

The Bluetooth Mesh stack  interacts with your application via callbacks.  This structure tells the stack when you are interested in being called.

This function set’s up things after the stack starts.  Specifically it configures data for the property server. It also sets up the Scan Response packet.  Finally it turns on the servers for the Property and Light Lightness Servers and registers a callback function when messages are received for the light lightness server model.

When the Node receives a message that has been published to it to change the Light Lightness value, this function is called.  Basically it just calls the hardware API to change the LED brightness.