Recently I have been working on RTOSs.  While I was completing the port of FreeRTOS, I ran into something that I just didn’t understand.  So, I called a close friend who is a remarkable programmer.  Instead of telling me the answer, he said “I could tell you, or you could set a breakpoint on the reset vector and find out for yourself”.  This simple statement sent me into weeks of single stepping ARM assembly language, reading linker scripts, reading application notes and crawling through boot source code to figure out what is really happening during the PSoC4 Boot Sequence.

So, what happens when power is applied to a PSoC4?  I suppose that I could tell you to “Set a breakpoint on the reset vector and find out for yourself.”  Which would be a good thing for you to do, but it would’nt make for very interesting reading.  It also wouldn’t tell the whole story as what I am going to show you is what happens after the initial supervisory part of the boot occurs.

In this series posts I will take you through the process.

The whole process relies heavily on the linker script to get all of the code and vectors into the right place.  If you have never dug through a linker script, it can be a bit overwhelming, but don’t despair as I will explain the parts required to make this work.

All that being said, the PSoC4 Boot Sequence must:

Using the debugger: Setting a breakpoint in the reset vector of PSoC4 Boot Sequence

The first thing that I did was create a blank PSoC4 M project with a blinking LED.  I then clicked the debug button which built the project, programmed it into the board, then started the debugger.  When you do that, here is what you will see.  You can see that the debugger by default boots the chip and runs until the first line in main (which is beyond the reset vector) 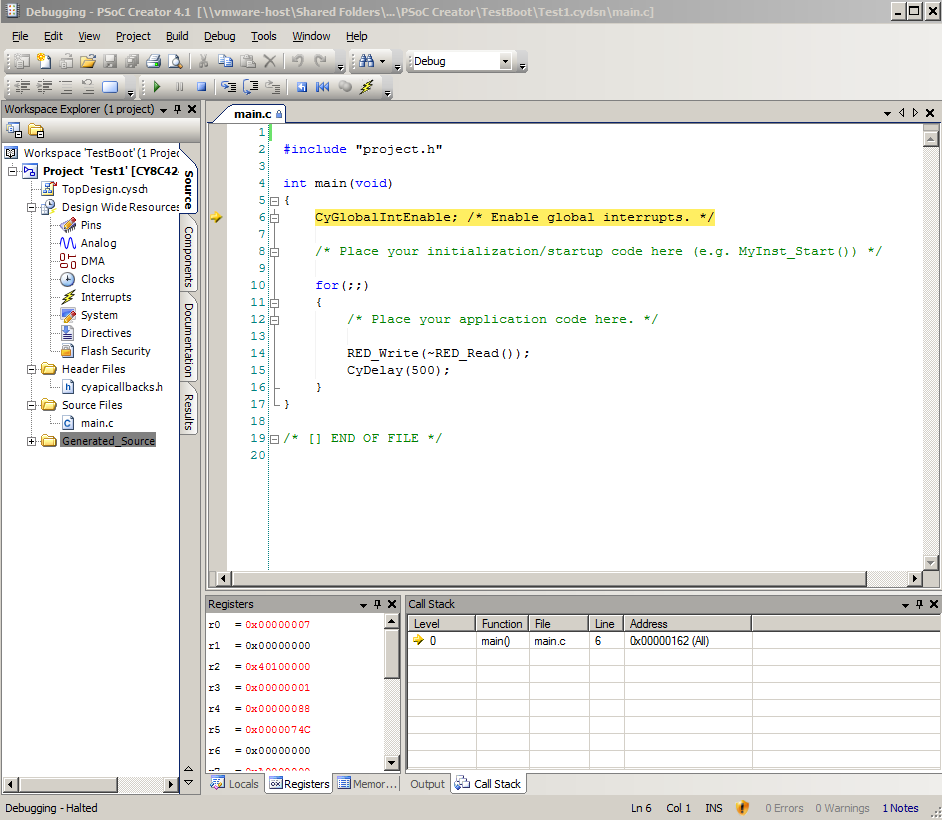 But I want to break on the reset the vector.  I didn’t even know what function Cypress had setup for the reset vector or exactly where to look for it.  I knew that  I needed to figure out where the reset vector is located in the CM0 so that I could put a breakpoint on that location. Start by googling “arm cortex m0 reset vector”  The first google hit is an ARM page that shows the layout of all of the exception vectors: 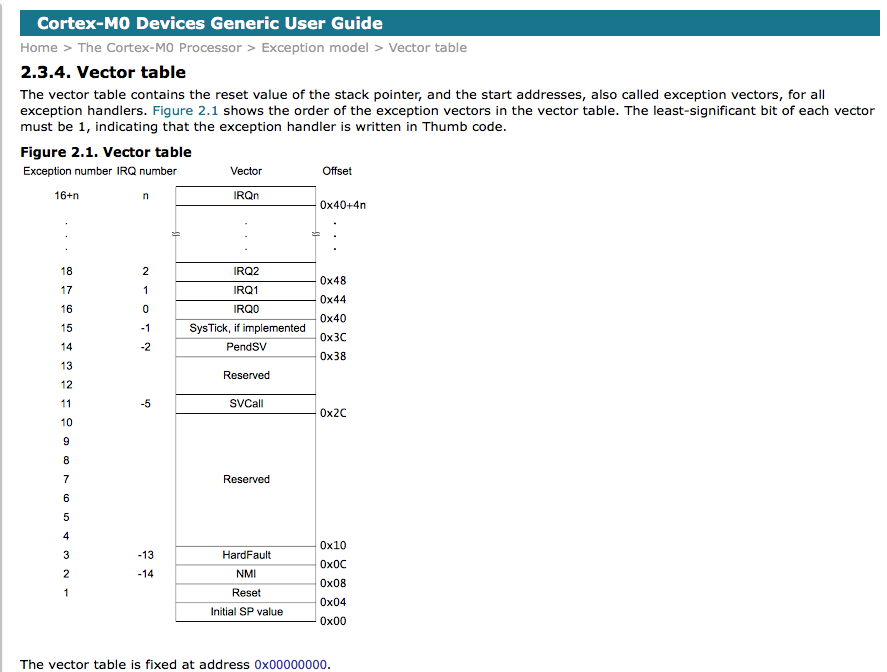 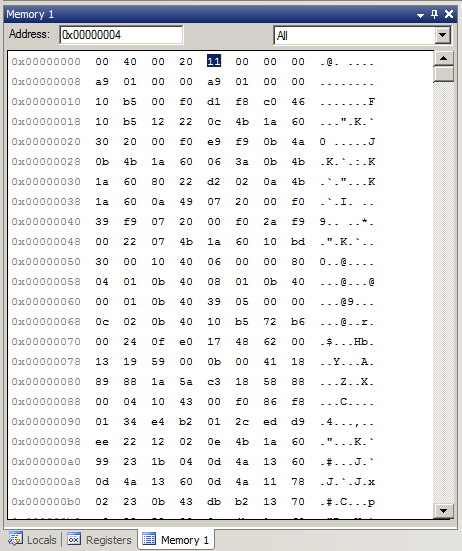 Create an address based breakpoint by using the debug->New Breakpoint menu. 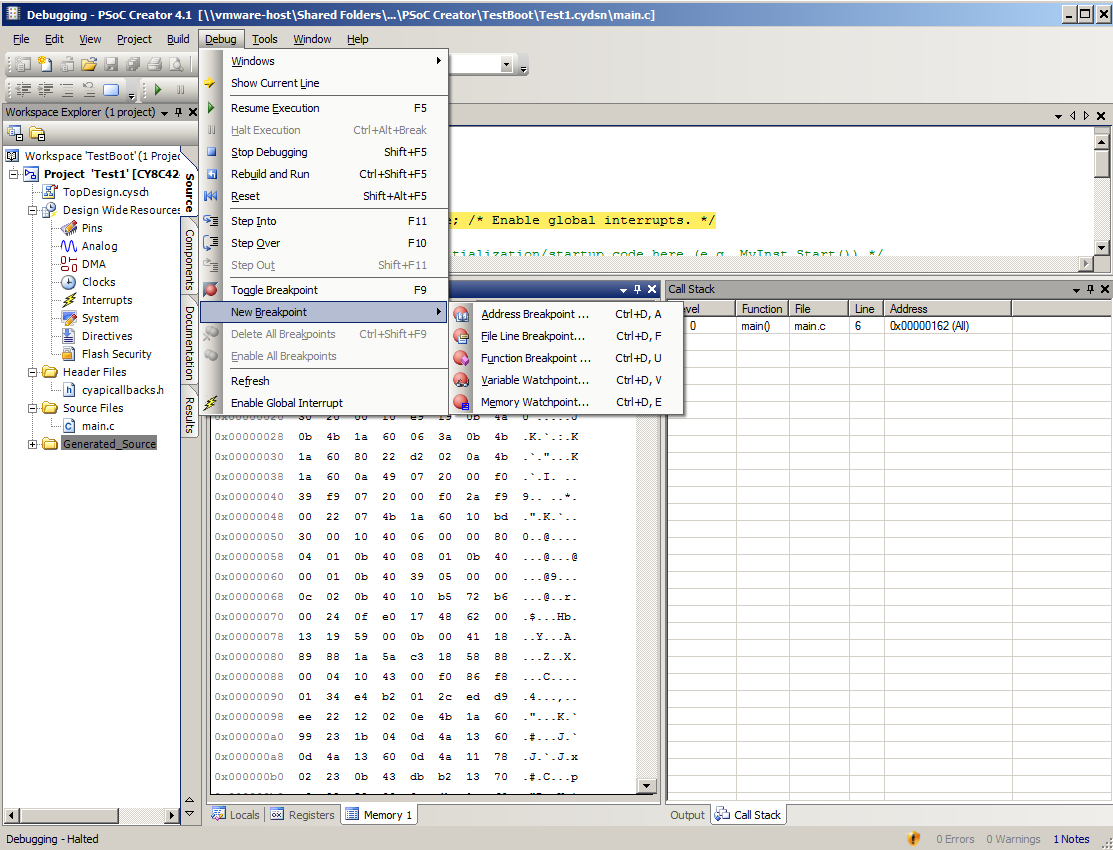 Then press the reset button (which I highlighted in Red) on the debugger.  This will cause a reset of the chip, the PSoC4 ARM Cortex-M0 will load the program counter (PC) and start running. You will end up on a screen that looks like this: 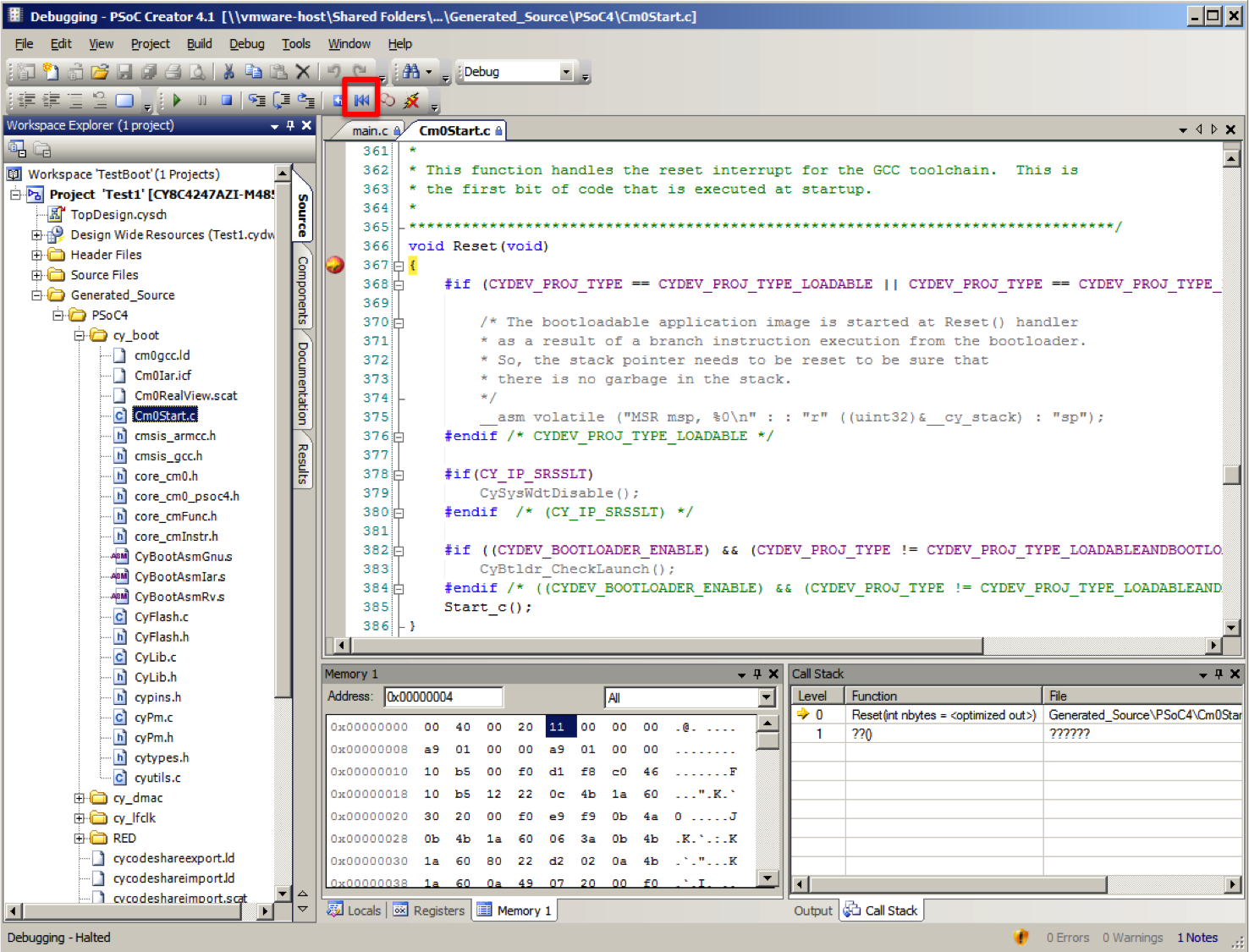 That is a pretty convenient place to stop.  The function is called “Reset” which makes good sense, and it is in a file called “Cm0Start.c”.  When I saw this, I thought that the whole exercise was going to be a cakewalk, little did I know that I was about to fall into a rabbit hole, that was going to take a few weeks to descend out of.

In the next post I will show you where the reset vector came from and how it and stack pointer got into the flash. 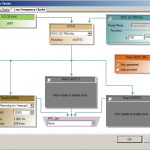 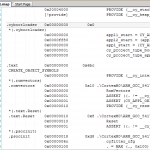