In this article Im going to show you how to build a driver for the Matrix Orbital GTT43A that I have been talking about in the last several articles.  As you can see from the protocol manual, the Matrix Orbital Display has a bunch of different commands.  And I know that I need a driver.  But there isn’t (yet) one on the Matrix Orbital Website.  However, when I look at the pre-release of the GTT25 protocol guide, it seems clear that they are planning on one.  But what to do in the interim?  As usual Google is your friend and after looking around a little bit I found this YouTube video of a Matrix Orbital Demo.  One more Google search lead me to this Matrix Orbital GitHub repo which appears to hold the driver that they wrote for this demo.

Now what?  In this article Ill show you:

And in the next Article I will

After running “git@github.com:MatrixOrbital/GTT-Arduino-Thermometer-Demo.git” I look around a little bit… and immediately find “GttClient”.  And when you look there, perfect a bunch of C and Header files.

The first step is to make a new PSoC Creator project.  As I have done in the past, Ill drive the display with I2C, and Ill build a command line parser to talk to the system.  Here is the schematic:

Assign the Pins (I am using a PSoC 4200M, my favorite PSoC, development kit, specifically the CY8CKIT-044)

After running “Generate Application”, the next thing I do is pull in the library into PSoC Creator.  To do this 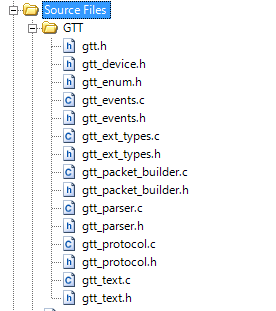 Because those files are not in the normal build path, you next need to add the directory to the include path so that PSoC Creator can find the header files.  Right click on the project and pick “Build Settings”. 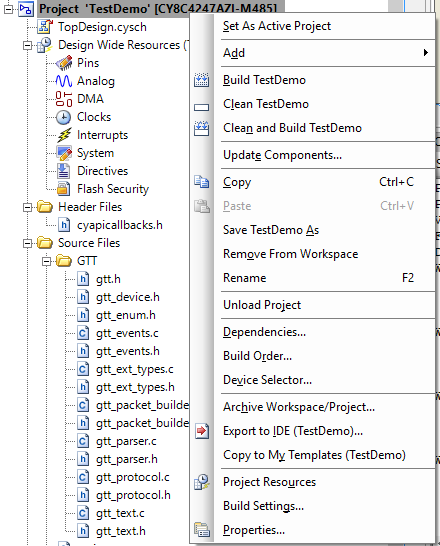 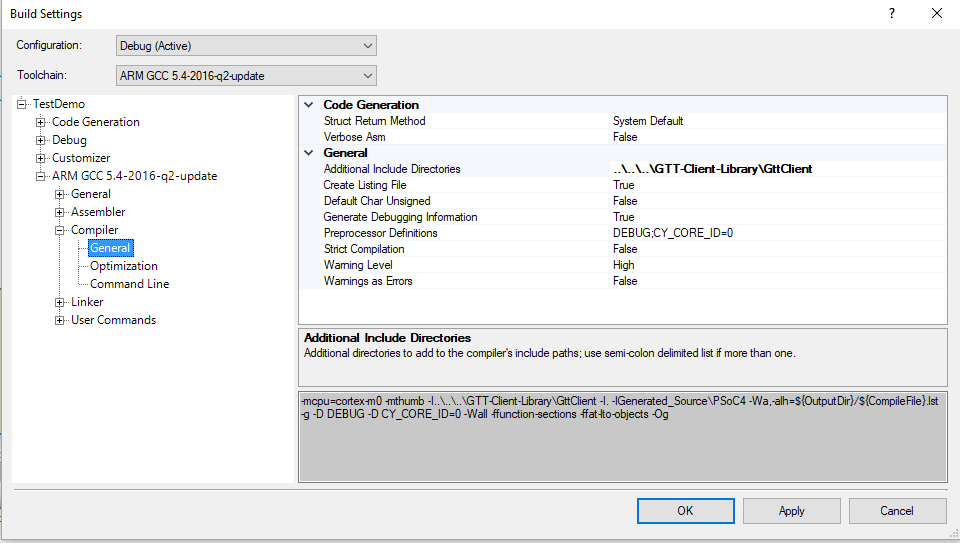 Before we fix up the library to work, I always like to hit build to make sure everything is working.

In order to use the driver you need a Hardware Abstraction Layer.  After looking around a little bit I find the “.ino” file which is the Arduino main project file.  In that file, the first thing that they do is declare a structure of type “struct gtt_device”.  All of the function calls to the library take a pointer to this structure.  OK.  Lets have a look at the structure

That means you need to provide a function called “Write” and one called “Read” which reads bytes from the serial interface.  Here is how they setup the structure for the Arduino Demo.  Apparently they are going to make two functions called i2cWrite and i2cRead.

The I2C Write function just uses the Arduino Wire library to send bytes out the I2C.  And the I2C read function just reads one byte from the I2C and returns it.  OK I know how to do that on the PSoC

To do this exact same thing on the PSoC do this.  Notice that I put in a little bit of error checking.  I also make complete legal I2C transactions, Start, Address, R/W, bytes, Stop

And to make the PSoC read one byte at a time from the I2C do this … notice for some reason I didnt put in error checking.

The Matrix Orbital Parser is build around a function which you are supposed to call every time through your main loop.

If you look in this function you will find a state machine that calls the Read function pointer, then based on the value read and the state of the state machine read in the packet.  Remember that there are two somewhat different packet formats, and this thing handles it.

I notice in gtt_parser.h that they decided to use #defines for the states, which works, but would have been better done with an enumerated datatype.

One thing that took a little but of looking at is how they handle the packets that come in.  Remember from the previous articles that there are three possible sources of packets that you might read from the buffer.

They handle this by keeping a list of packets that are going to elicit a response.

The bottom line is that all of their code appears to do the right thing, and all you need to do is call the parser.

I turns out that I am writing this Article after I already did all of the work for the next one where I replace the byte-by-byte parser with my own packet processor.  In order to make that work, I #ifdef to select which packet processor to use.

PSoC Creator will allow you to add this to your project on the build settings dialog.  If you click on the compiler option, you can then add defines to the command line on the “Preprocessor Definitions” box.  Notice that I added “GTT_ORIG_PARSER” 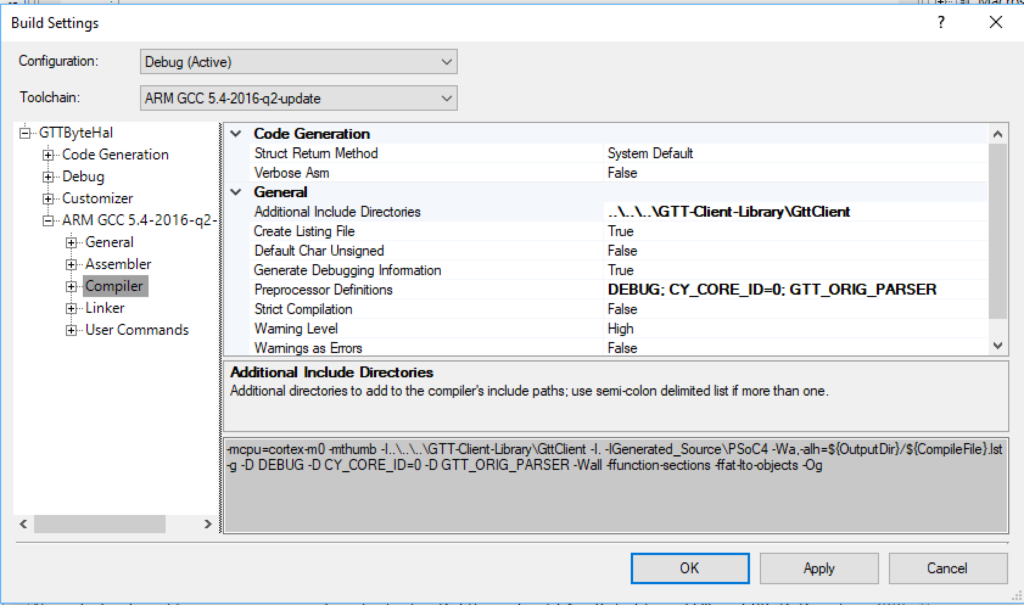 OK now the punchline.  In the main loop you need to startup the I2C, UART and setup the GTT interface.  Then you loop infinitely.  Read a key from the keyboard and do something based on what they press.

You can see that I call a bunch of their driver functions which all start with “gtt_”.

In the next article I am going to replace their “gtt_parser_process” with a complete packet reader. 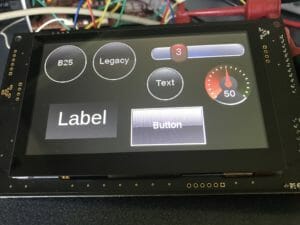